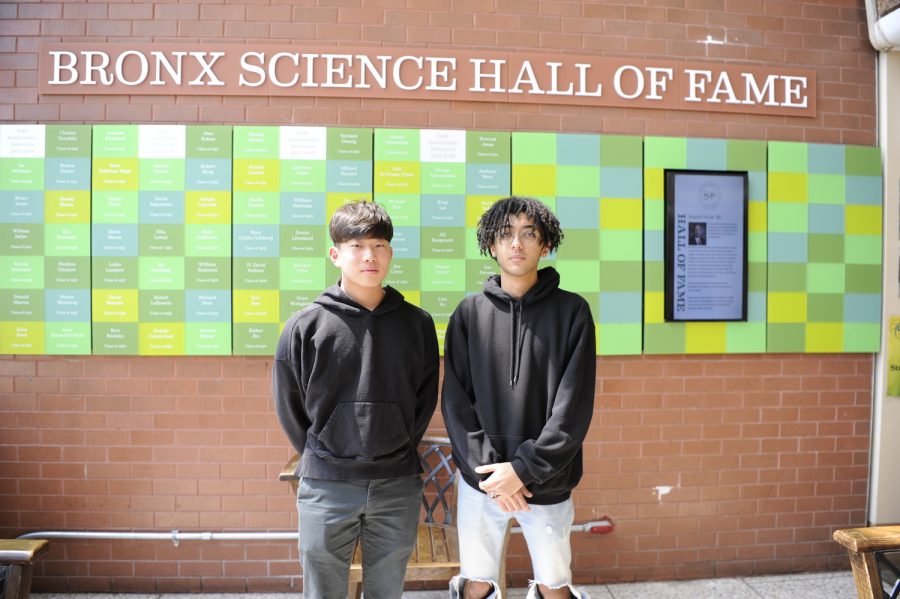 Adam Chong ’20 and Mostafa Mohamad, cofounders of Science for Bronx.

The lack of representation of African American and Latino students across the eight specialized high schools has been a growing problem in New York City.  In light of this discrepancy, Mayor Bill de Blasio has proposed a plan to remove the Specialized High School Admissions Test (SHSAT) and instead select top-performing students in an effort to boost diversity. As the mayoral administrations debate about changing the system of determining entry into these specialized schools, two high school students have taken matters into their own hands.

Adam Chong ’20 and Mostafa Mohamad ’20 created a free SHSAT tutoring program for middle schoolers in the Bronx, known as Science for Bronx. This program enables students to pursue a greater understanding of the SHSAT while acquiring skills to improve their English and math by eliminating barriers such as time, location, and affordability. Science for Bronx maintains tutoring sessions directly after school and all materials and tutors are provided free of cost.

Seeing the lack of preparation and disproportionate numbers, Chong and Mohamad set out to face this challenge. Beginning as an independent program, Science for Bronx was not a club and did not have an advisor. After reaching out to several middle schools in the Bronx, Science for Bronx began its enrollment in M.S.95 when Principal Serge Davis expressed interest. In addition, the founders reached out to Kaplan, who graciously donated 110 of their SHSAT student kits to the program. Currently, Science for Bronx is held in two schools and the National School for Leadership and the Arts. The Bronx Science school administration began to take an interest in this program after it won the Social Entrepreneurship Program. In addition to M.S.95, the establishment of Science for Bronx expanded to M.S. 244 New School for Leadership and the Arts. Science for Bronx has also been working closely with the Bronx Science school administration in order to bring the most effective plan for helping students. Through this cooperation, the administration has provided scantrons and funding to the program.