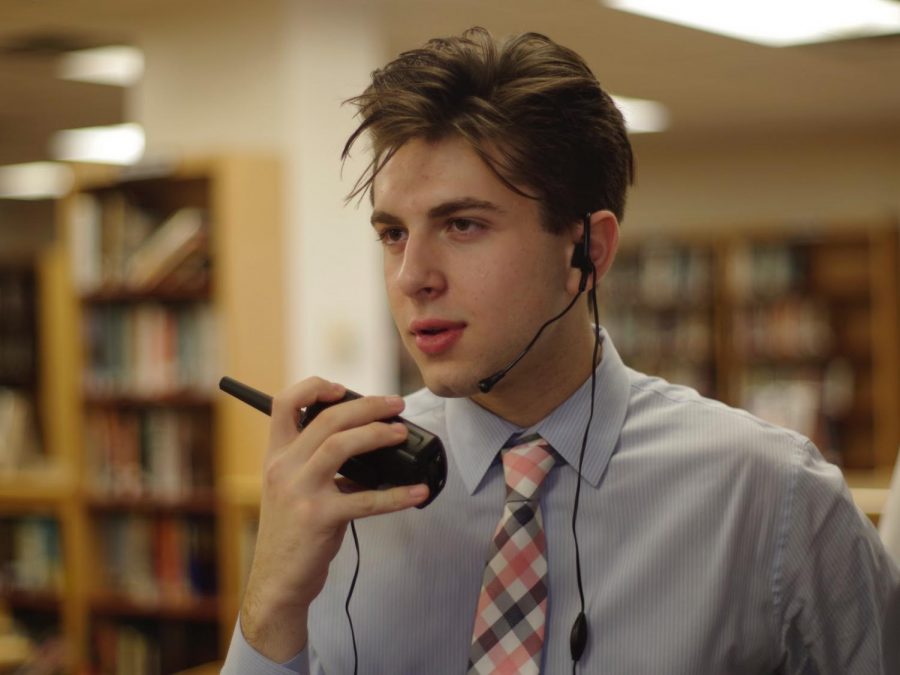 Debate may take up the bulk of morning announcements now, but with Model UN’s rapidly growing team, you should expect to hear more from them in the years to come.

Model UN (MUN) is a simulation in which students can learn about effective debate, diplomacy, and international relations. In conferences that host students from all around the world, MUN-ers are challenged to use their leadership, public speaking, and cooperation skills to solve the world’s problems.

The unique skill set is what attracts many members. “The skills I learned in Model UN, such as researching, public speaking, and collaboration, will help me in college and beyond,” said Emma Vassilio ’19. “We learn about international issues and individual countries. Model UN makes you understand the world better.”

Though awards are also a big part of MUN — and Bronx Science wins plenty — Babou Gaye ’20 likes the fact that Model UN is about learning real-life skills, not just winning. “Awards in Model UN aren’t about winning, but about understanding what MUN stands for, which is cooperation and the pursuit of a unilateral resolution,” said Gaye. Winning more gavels than ever, our current team is filled with hard-working students like Gaye who have learned these fundamental skills. “It takes intuition, preparation, and an understanding of the atmosphere in the room,” said Gaye. Or in the words of the team advisor, Ms. Steiker, “You need to know how to control a room.”

Ms. Steiker has always taught her students to value extensive research and to take Model UN seriously so that they always do their best.

On occasion, Model UN has been overlooked by some students in favor of larger, better-known teams, including the Bronx Science Speech and Debate team, which is consistently ranked among the top in the country. Despite this, the Model UN team has been gaining attention in recent years due to its exponential growth.
“We learn about international issues and individual countries. Model UN makes you understand the world better,” said Emma Vassilio ’19.
For the first time ever last year, the Bronx Science Model UN team was nationally ranked, and Alexia Frangopoulos ’19, president of the team, attributed this to growing numbers. “We’ve never had so many kids. When I joined, we didn’t fill Ms. Steiker’s room,” said Frangopoulos. “We had twenty-five kids at most, and we’d go to one overnight conference.”

Today, the MUN team is made up of 160 students, and they now attend seven college conferences per year as well as several local ones. While those numbers are expected to grow, adapting to such a big team brings challenges as well. “A lot of the issues come from that, not knowing how to deal with such a large volume of kids,” Frangopoulos explained.

Dilan Minutello, vice president of the team, agrees. He added that having a more renowned team made this year’s SciMUNC — the annual MUN conference our school runs — bigger than ever. “The biggest challenge being in leadership is trying to organize our conference, which had 615 delegates this year,” said Minutello ’19. “We used our team volunteers and our board, we used the help of Ms. Steiker, and we used the name of our school to attract people to our conference.”

The conference took place on December 8th this year, and setting it up was no small feat. Preparations began as early as June of last year, when the Chair of each committee was assembled, and began writing background guides to have ready for delegates by fall. “Organizing SciMUNC was fun and insightful, and seeing the end product as the culmination of months of prep was very satisfying, because it was a good conference,” said Jack Tapay ’20.

Moreover, chairing a committee is a particular point of pride and a learning experience for our MUN students. “Chairing for the first time was a really cool experience, because I finally got to see what it was like from the other side, and I began to appreciate the time and work put in to make conferences happen,” said Vassilio ’19, who co-chaired UN Women at this year’s SciMUNC.

In spite of these challenges, the team is undeniably thriving. “Being accountable for so many kids is never an easy task, but the leadership team has done a great job keeping everyone on task by assigning jobs and breaking up the large group into smaller, more cohesive groups,” said Anthony Bonavita ’20, the team’s secretary.

As the team grows and wins more, you should get ready to hear more about the Bronx Science Model UN team.