A Profile of three new teachers in the Physical Science, Social Studies, and English departments 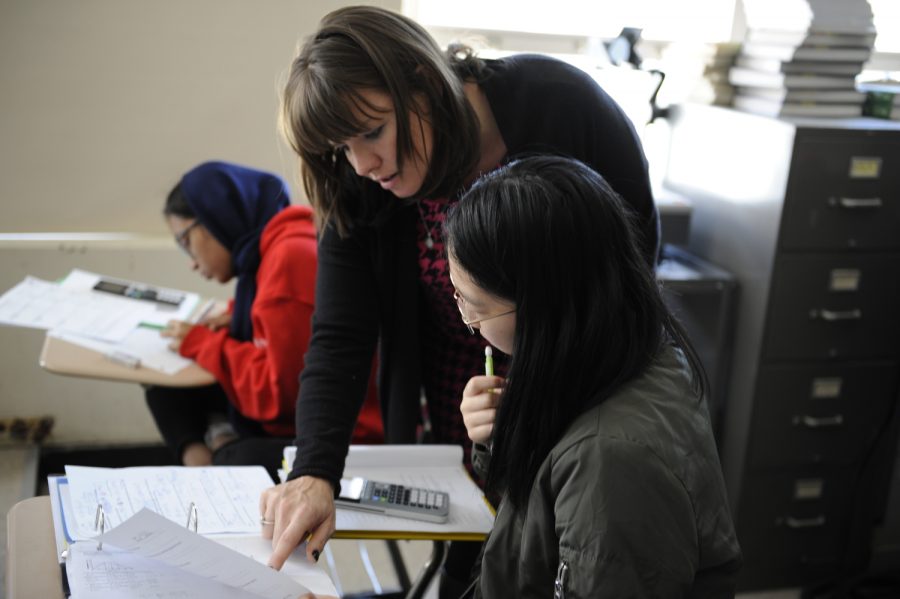 Ms. Womer helps a student with a difficult physics problem during her Regents Physics class.

Every day is a day to meet new people. With the 2018-2019 school year, we have a few new faculty members in the Bronx Science community. These new teachers include Ms. Mallory Womer, Dr. Scott Savaiano, and Mr. Chris Ziegler.

Ms. Mallory Womer, a new Physics teacher, attended Pittsburgh University and began teaching in 2007. She worked at the Eagle Academy for Young Men for the past six years. Her most memorable college experiences include interviewing the doctor who completed the first liver transplant, Dr. Thomas Starzl, and watching Pittsburg play against Duke University at Madison Square Garden. Ms. Womer chose to teach at Bronx Science because she was already familiar with the school’s stellar Physics department. “It is a great community of teachers, and I look forward to collaborating with them,” Womer said.

One of the first challenges that Ms. Womer faced at Bronx Science was becoming accustomed to the difference between students in a specialized high school and students in a regular high school, for it was a challenge to teach new types of students. However, she asserts that everyone has been very polite and that her students ask great questions. She is also the new coach of Science Olympiad, a student team competition based on scientific knowledge, and hopes for the team to not only qualify for States, but also place in the top ten.

Dr. Scott Savaiano, a new Social Studies teacher, grew up in Kansas City and moved to New York City for graduate school at The New School for Social Research. “I love to teach, and Bronx Science is a great place to teach history and social science research,” Mr. Savaiano said. He had been teaching at a school in Brooklyn and has taught history, French, and history in French.

Additionally, he did not go to an ethnically diverse high school and was exposed to a lot more different cultures and opinions in college. When asked about how he is acclimating to Bronx Science, he said that his classes are going well and that everyone has been very helpful to him, students and faculty alike. Ziegler hopes to further hone his students’ skills going forward. “Even though I know Bronx Science students are at a high level, I want to take them to the next step and further develop their writing skills. It is all about the student growth. Even if they are already at a high level, there is still a place to go,” Ziegler said.

While all three of these new faculty members teach different subjects, they all share one thing in common; they are all truly dedicated to helping students learn to their fullest potential!