Remembering the Horrors of the Holocaust 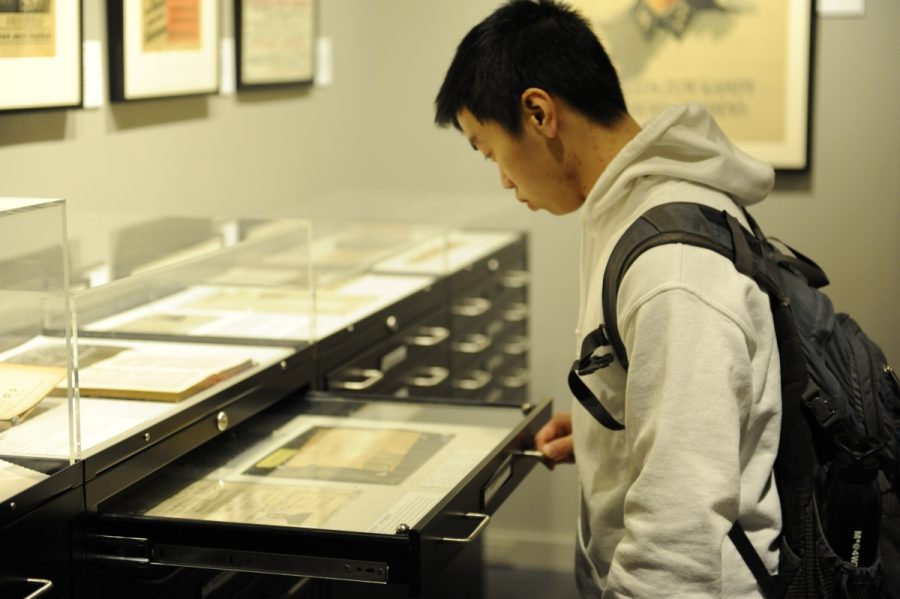 The museum was opened to the entire student body during all lunch periods on Yom HaShoah. Students were encouraged to come and visit whenever they had a free period.

Yom HaShoah, or Holocaust Remembrance Day, is an annual commemoration of the millions of lives lost during both the Holocaust and World War II in America. This year, the Holocaust Leadership class observed the day on April 11, 2018, hoping that it would bring more attention to the tragedy. The ‘Holocaust Museum & Studies Center’ was opened up during the lunch periods, and a documentary about the genocide was also available for viewing. This was all done to allow students in the school unfettered access to the artifacts and stories from victims of the Holocaust.

Although there are many days throughout the year that the Holocaust is honored — including January 27, International Holocaust Remembrance Day — Yom HaShoah is the day on which most Jewish people remember the tragedy. In Israel, the day is a national memorial day, while in the United States, it is a part of the Days of Remembrance, which is an annual eight day commemoration of the victims of the Holocaust.

Paying homage on this day to the Holocaust is an annual tradition, but this year Ms. Macenulty, the faculty advisor to the Holocaust Leadership class, decided to go a step further. Three weeks before Yom HaShoah, she decided to have the students of the Holocaust Leadership class create passports for victims and survivors of the Holocaust to apply actual faces to the events and humanize the statistics that are described and detailed in the museum. She got the idea from students who had been to the United States Holocaust Memorial Museum in Washington, D.C. and believed that their experience was enhanced due to the passports they were given.

The documentary, I’m Still Here: Real Diaries of Young People Who Lived During the Holocaust, was specifically chosen by the students because it discusses how teenagers who lived through the Holocaust dealt with their situations. Their stories were told through diary entries that they had kept proceeding and during the Holocaust. Both the Holocaust Leadership students and Ms. Macenulty felt that this was the best option because they believed students in the school would be able to connect better with students their age than people who were older.
“The documentary was very raw….particularly striking was the fact that it featured children,” said Ellen Ren ’19.
On April 11, 2018, the passports were in the first gallery. People were welcome to take one and wander the museum, or sit and view the documentary.

A number of students showed up to either view the documentary or to tour the museum. They had plenty of positive feedback regarding both, and they were thoroughly impressed by their experience.

“The documentary was very raw….particularly striking was the fact that it featured children. I became immersed in a point in time due to the artifacts in the museum,” said Ellen Ren ’19.

The students of the Holocaust Leadership class hope to continue the tradition for years to come. They have high hopes for next year’s event and will work on publicizing the event more so that there is a larger turnout from the student body.

“This museum is important to me because I see the need for compassion to accompany intelligence. Next year, hopefully, we will be able to encourage even more students to come to the museum,” said Amena Khatun ’19, a member of the Holocaust Leadership Class.