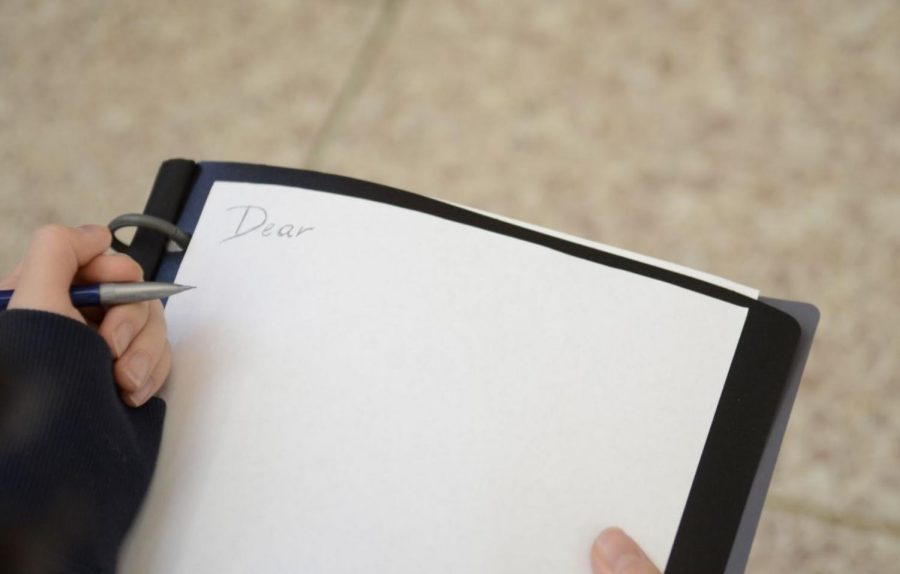 Elizabeth Jung ’18 starts to write a letter to her pen pal.

Project Pen Pal was started when NHS Vice President Ilana Duchan ’18 took the initiative to collaborate with local Bronx schools, so that Bronx Science students can serve as role models while having another means to earn NHS service credits. Working with the eager administrators of  PS 95 and PS/MS 280, they were able to gauge the interests of their middle school students to participate in letter exchanges. With both schools being within a one-mile radius, the NHS believes that the initiative would be a great opportunity to connect Bronx Science with younger peers in the Bronx Community.

Of the ten members taking part in this initiative, some are also doing it to make friends with younger kids and have a little fun during their senior year. “I hope that she’s nice, and I hope we become friends,” said Gene Lam ’18. Others are in the program to guide them. “I think it’s very important for middle schoolers to get a glimpse of the workload of a high schooler. In this way, they will be better prepared for the future,” said Winnie Chu ’18.

Based on the success of this year’s program, NHS Vice president Ilana Duchan is adamant in expanding the initiative to all NHS members in the future.

The pen pals are hoping to meet each other for the first time in Spring 2018.