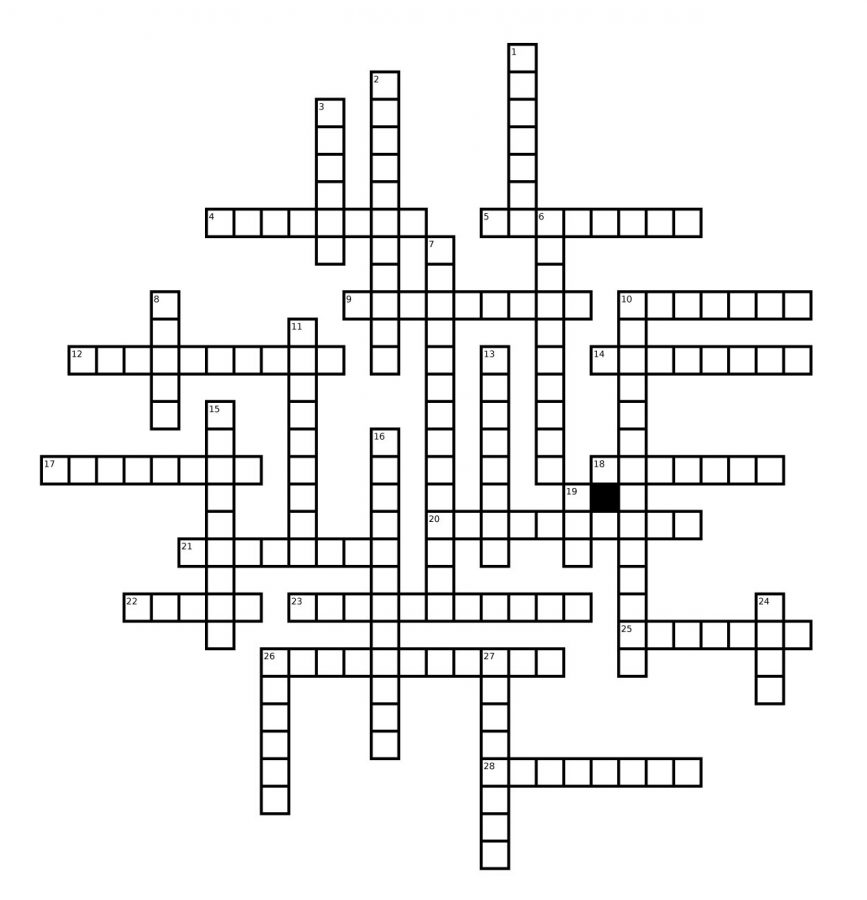 Across
4. Small pieces of colored paper thrown during a celebration such as a wedding or parade
5. Month that Taylor Swift goes back to all the time in song
9. Under the chimney
10. Frosty the ______
12. The offspring of watermint and spearmint, a classic winter flavor
14. New Year’s kiss at _____
17. Traditional Chinese festival celebrated with red envelopes and firecrackers
18. Zodiac signs of Capricorn and Aquarius pertain to this month
20. Piece of clothing worn to stay warm or impersonate Steve Jobs
21. Common reason for having days off from school
22. The shape of an ice crystal, coming in infinite possibilities
23. Brumation for warm blooded animals such as bears, bats, groundhogs, and bumble bees
25. Feliz _____!
26. Symptoms include shivering, weak pulse, red skin, and loss of consciousness as a result of extreme cold
28. Santa has twelve of these

Down
1. Coffee and hot chocolate
2. “If _____ doesn’t knock, build a door”
3. Shake slightly and uncontrollably as a result of being cold, frightened, or excited
6. A sweet delicacy made from a bitter ingredient which is grown 10 degrees around the equator and fermented
7. (lim (x→ 1)(4x/2))*(103 + 33)
8. Mythological god representing affection and love, often portrayed as an arrow shooting baby
10. Roman Saint associated with love and born in 226 AD
11. X-game icon Shaun White’s ride
13. Source of January stress for Bronx Science students
15. Explosive art display in the sky seen during celebrations
16. Holiday clothing trend beginning in 2001 and often worn for contests
19. ____ phone, who dis?
24. What is life?
26. Mood when you’re hungry and angry
27. A recollection stored in the brain that people can reminisce about 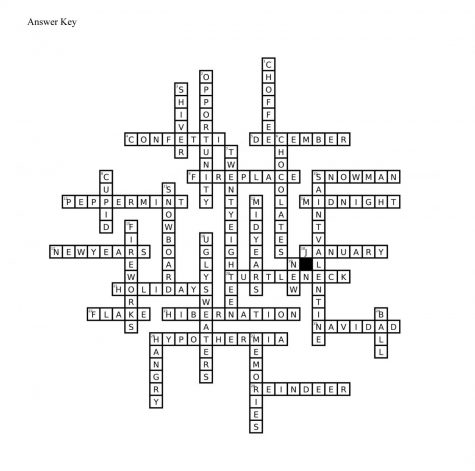