Alumni from the Class of 2017 offer college admissions advice to current seniors. 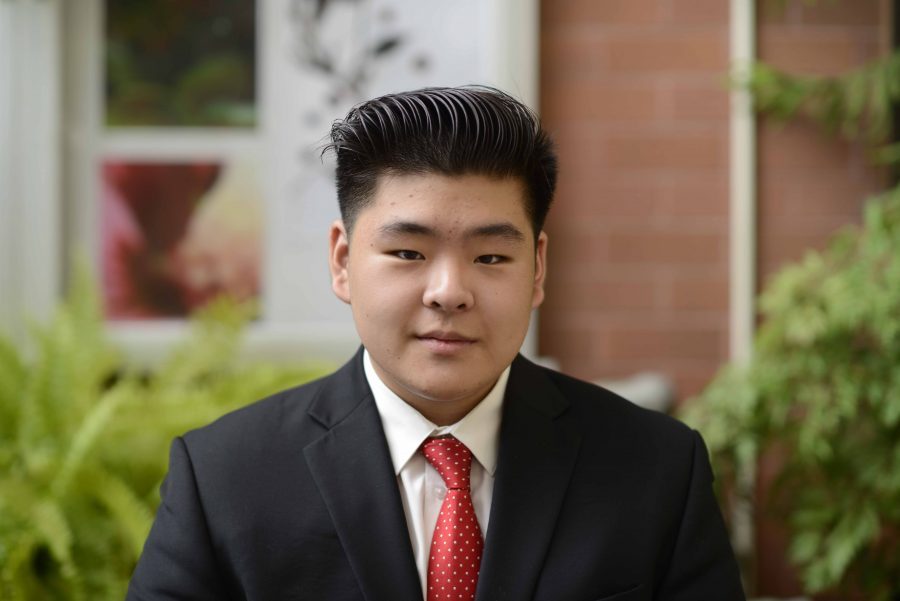 Jeffrey Ko ’17 stresses the importance of applying to a college not just because of its rank, but because of how you fit into the college.

It’s Spring 2017. Students are receiving their college admission letters, hoping that their hard work has finally paid off. By next spring, current seniors will try to cross that same finish line.

On June 22, 2017, the Class of 2017 celebrated the end of four years in high school, following months of filling out college applications and taking standardized tests. The cold hard truth is, undoubtedly, that applying to college will be overwhelming. The pressure is on for the Class of 2018 to make Bronx Science proud for yet another year, so here’s the inside scoop on how to effectively ‘conquer’ your college applications.

As of now, it is near the end of the first term for seniors, and the upcoming early decision and early action deadlines have just been announced in mid December 2017. However, not all seniors had their minds set on which colleges they wanted to attend for early decision and early action, and some seniors were deferred, so many Bronx Science students will apply in January 2018 for regular decision admissions.

Regardless of when they decided to apply, the “how” factor of applying is uniform for all seniors. Students have to present themselves to colleges in ways that separate them from others with a similar academic record as them. Not only that, but the flexibility to answer any question that defines who you are to a college can be burdensome. Six hundred and fifty words later, there are still supplemental essays for specific colleges, and for the students applying to more than one school, they find difficulty illustrating their respective interest through these pieces of writing.
“Work effectively on preparing your college application, then maximize your time with friends, while keeping pace with academic life, even after college admission,” said Faraz Zaidi ’17.
Senior applications mark a time of stress, as seniors have to manage their academic courses on top of completing their college applications. It’s a matter of whether or not you take it upon yourself to set priorities, because like the other 716 students in the 2018 graduating class, you will have other commitments regardless of your college applications.

Like Barreras, Macaulay Honors freshman and Bronx Science alumnus Ali Hussain ’17 was also stressed. “My balance and concentration was off. I’d be prone to zoning out. I managed to lose much sleep during the first semester of my senior year. By all means, take a break after dealing with college work. Just don’t loosen up completely.”

Students such as Boston University freshman and Bronx Science alumnus Faraz Zaidi ’17 agreed that senior year is a time to work hard, then play hard. “College applications were an extremely tense time, and even after finishing my applications, the wait was filled with anxiety,” Zaidi said. “In retrospect, I realized that we will all end up where we are meant to be, and we will be put in the best position for us to succeed in life, no matter what ranking your college is given by so-called ‘experts’. Work effectively on preparing your college application, then maximize your time with friends, while keeping pace with academic life, even after college admission.”

“Give yourself time to think about what you wrote. Keep drafting and editing, and in the end, be proud of what you write,” advised Hamid.

Working in increments of time is practical for first jotting down ideas, then putting your ideas into fruition, and finally editing a fully fleshed out essay. The writing process should not be rushed; rather, it should be under control by you, the writer.

NYU Gallatin freshman and Bronx Science alumnus Marry Lim ’17 shares how her guidance counselor, Mr. Elia, “made the [application] process less stressful…helping [her] to enjoy winter break without worrying about deadlines.” Like Lim, Hamid reduced her stress by planning out everything and writing down all of her major deadlines.

I asked graduates how they felt about their transition from high school to college, and compared their college settings to that of the urbanized New York City. The hustle and bustle of our city does not compare to the rustic environments elsewhere.

Barreras, attending school in a rural setting, said that the transition was “overwhelming, at first, and a huge change from living in New York City, yet [her] welcoming college environment only helped a little with the adjustment.” If you are one who likes to adapt to your surroundings, then a change of scenery may be the path to take.

By contrast, students such as alumnus Shazidur Talukder ’17 are attending urbanized colleges, and as a student at Yale, Talukder finds himself not “too far away from the city.” Like Talukder, Juliette Klitz ’17 is attending an out-of-state urban school, John Hopkins. Initially, she found it difficult to “deal with large assignments spread out over many days,” unlike the Bronx Science workload which is more concentrated in smaller assignments given on a daily basis.

Although students like Talukder and Klitz attend schools with a similar ambiance to New York City, they agree that the college atmosphere itself has a different feel compared to the high school environment. Thus, Barreras and Ko stress the importance of visiting colleges firsthand, to get a stronger feel for what you’re in for in the future and what school best suits your interests. Why apply to a college that you have never seen firsthand? College visits show your interest, as well as what you are possibly getting yourself into in the future.

“Don’t just apply to a college because of its rank,” advises Ko. When visiting colleges and writing your college applications, keep in mind that you define the school, but that the school should not define how you present yourself in your college essays.

All in all, senior year is stressful for every student, but the way that any one senior handles college applications is what will ultimately make the difference. Hamid found it stressful to write a mini-autobiography about herself in the span of a few months, but later realized that it was worth it, and she ended up learning a lot about herself. Ko states that stress, “now and down the line isn’t really avoidable…learn how to cope with it.”

To the Class of 2018, myself included: work smart, not hard. Don’t overwork yourself, understand your potential, and maximize the time that you have between the present moment and your next deadline. Months later, open that letter of acceptance, knowing that all of your work paid off. Until then, be smart with your time, and develop healthy habits that will get you past the finish line.