Food Fair was a Rousing Success 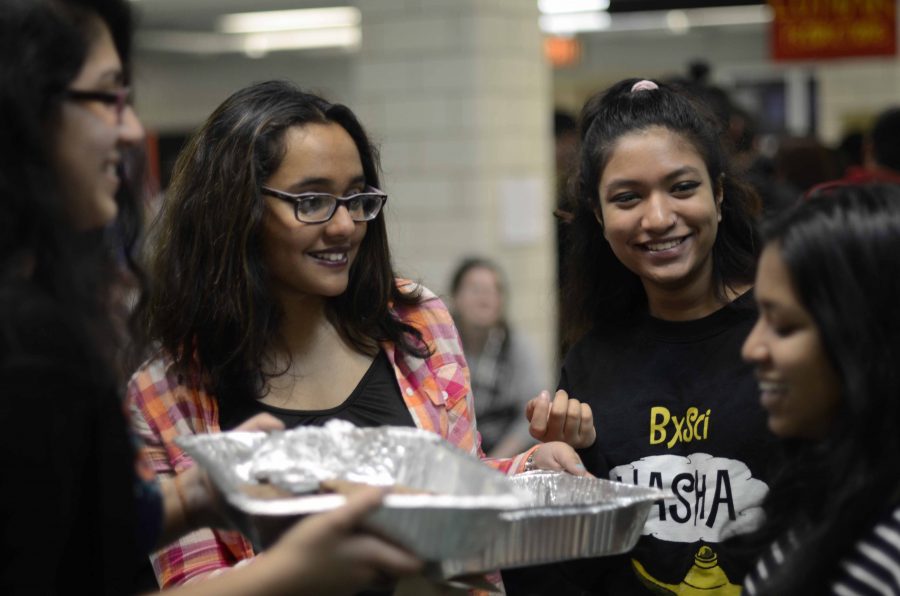 Students enjoyed the plethora of food offerings during the annual food fair.

Dozens of clubs gathered around in the cafeteria on December 6th, 2016, setting up tables covered with trays of delicious food. What took place on this day was Bronx Science’s annual LOP Food Fair. One of the most popular school events, the fair turned out to be a great success this year.

There are over seventy clubs at Bronx Science, and the fair helps with each club’s fundraising abilities. Many clubs’ food offerings continuously attracted students, who were drawn in by the variety of foods that were offered.

“I think the students, as they always do, enjoy the inexpensive food on offer, made by their friends,” said Emma Gometz ‘17, President of LOP.

In addition, club members also enjoy making the food themselves and displaying it, in to bring attention to their club. Although it involved much planning and preparation, it turned out to be an enjoyable experience for many students. Some club presidents, such as those in LEAP (League of Environmental and Animal Protection), were even surprised by all of the extra help that they received from their members this year.

“We thought that we wouldn’t have enough volunteers or food the night before the Food Fair, but through the sheer hard work of our members and our club board, especially through the commitment of our president, Marry Lim ‘17, we were able to pull through with more than enough helpers,” said junior Angela Fu ’18, secretary of LEAP. “We ended up making more than we ever had during our past food fairs.”

During the Food Fair, students enjoyed roaming around and exploring the different kinds of food on offer. “The fair was a lot of fun, with so many clubs having made so many great things.” Johanna Neggie ‘19 said. “I was glad to have been able to help out.”
“I think the students, as they always do, enjoy the inexpensive food on offer, made by their friends.”
This year’s Food Fair benefited the LOP and all of clubs that participated in it. “It was a success; most students enjoyed the good food they were able to buy, and our clubs raised a lot of money. But we’re hoping the next club fair will be even more successful, as we always aim to improve each year,” said Benny Chen ‘17.