Competitor of the Common App Launched 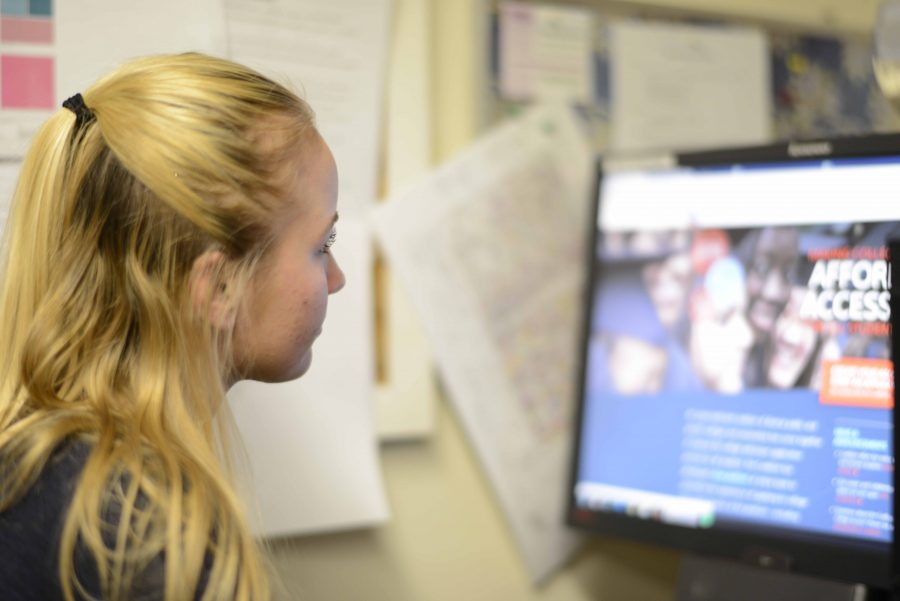 For the first time ever, the Coalition for Access, Affordability, and Success (CAAS) Application is available to college applicants of the class of 2021 as an alternative to the traditional Common Application.

Over 90 colleges and universities, including all Ivies and Stanford University, have collaborated to implement the Coalition Application. The chief goal of this application is to increase college acceptance and to renovate the college application process. To join the Coalition, colleges must have a graduation rate of at least 70% over the past six years. Public coalition schools aim to offer an affordable tuition for in-state residents, and private schools must meet the full need of accepted students.

As nice as this sounds, many Bronx Science seniors and counselors are not using the Coalition App this year, as it is not universally accepted by all colleges.

“I do not plan on using the Coalition App because all my schools allow the Common App, while some even require it. Thus, instead of doing two apps, I’d rather complete one that is accepted by all colleges,” Shatila Quader ’17 said.

The Coalition App is not expected to be widely used during its premier year, mainly because the number of Coalition members pales in comparison to the 700 schools using the Common App. Furthermore, colleges involved in the Coalition are Ivy League schools and their academic equals, and not every student wants to apply to only these schools.

However, some colleges require students to utilize the new Coalition platform. Guidance counselor Darby McHugh noted, “Students who are applying to University of Florida this fall must use the Coalition App.”

Bronx Science has used Naviance for the past few years, so it isn’t suitable for students to turn to the Coalition App, especially since it isn’t as technically secure as the Common App, as of yet.

“We’re advising students to stick with the Common Application because the Coalition is not yet synced with Naviance,” McHugh stated. “Since we are a Naviance school, it is not practical for our students this year. Also, the Coalition Application was just launched, so technical glitches could possibly arise.”

“What is the Coalition App?” asked Bobby Ng, Class of ‘17. “I’ve honestly never heard of it, until you brought it up to me
just now.”

Now the big question is: Should students turn to the Coalition App or use the Common App like in previous years?

The major difference between the two rival apps is the diversity of the Common App as compared to the uniformity of the Coalition App. While all members of the Common App are not-for-profit and are not necessarily successfully distinguished, Coalition members consist of mostly private institutions and are required to have a high graduation rate. Simply put, it’s an application used by almost 700 general colleges versus an application used by only 90 highly selective colleges.

The Coalition tools allow students to start college preparation early in their high school years. The platform has created a locker, which students can use to store information and achievements, share with their counselor, and attach to their college application.

However, the downside of this is that the locker was just released in May of 2016, giving the class of 2017 insufficient time to establish a locker depicting their development freshman through junior year.

On the other hand, prepping early may also contribute stress to Bronx Science’s already pressured students. On top of new classes and homework, underclassmen would also feel pressured about uploading essays, projects, and recommendations, tasks they otherwise would not have spent time worrying about at least until junior year.

Coalition gives students the option to come up with their own unique topic, which many students may find beneficial, especially those who are passionate about creative writing. This may help students affirm their decision regarding the application they want to use.
Students may believe that the Coalition App allows them to stand out to colleges, but really, the process may end up being more complicated than they expect. In reality, neither application wins students extra points with college admission officers, so students are encouraged to choose depending on the college they apply to and how they want to portray themselves.