The Uphill Battle of Affirmative Action

Affirmative action, a measure that colleges use to ensure diversity in universities, has an uncertain future in the hands of the conservative supermajority in the Supreme Court. 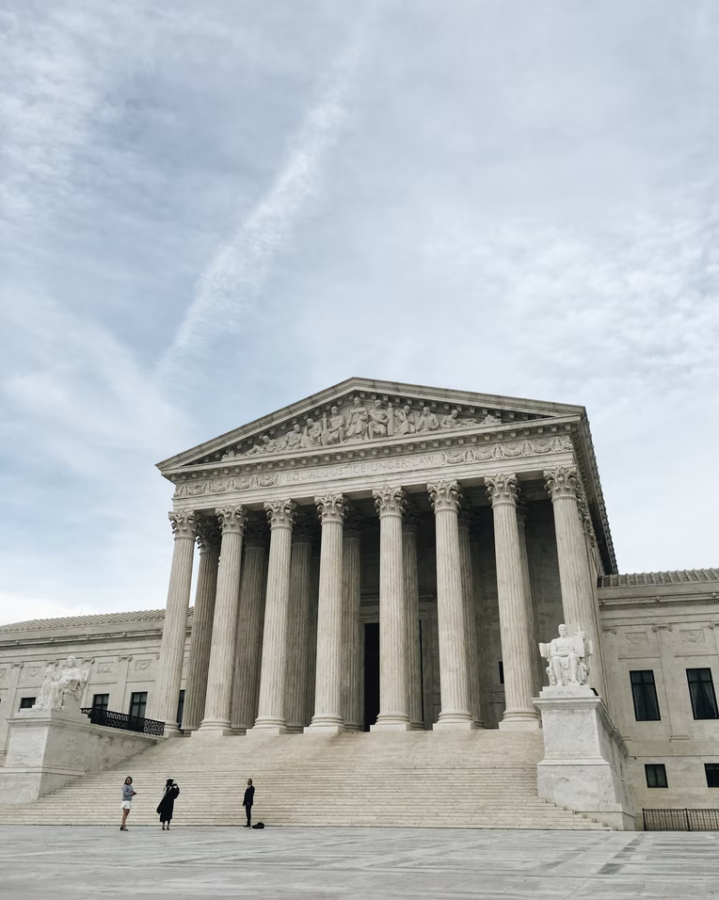 The Supreme Court has ruled in favor of affirmative action in the past, especially with two widely-known cases in the 70s and the 80s. University of California Medical Schools vs Blake, and University of Washington vs Odegaard. Both of these cases set the precedent that while racial quotas can not be enforced in higher education admissions, schools are allowed to consider race in their admissions.

The long-debated topic of affirmative action is subject to a major overhaul in the Supreme Court with a conservative supermajority ready to vote against the use of race-based admissions. With Kentaji Brown-Jackson opting to sit-out on the case due to her ties to Harvard University, it is expected that the final decision would be to remove affirmative action.  The decision has far-reaching implications — not just for those who are directly impacted by affirmative action.

Affirmative action is a legislative measure used to increase the population of underrepresented minority races that were previously denied the opportunity to pursue higher education. It was meant to be temporary, but the effects were immediate — the percentage of Black and Hispanic students at colleges, especially elite ones, rose dramatically. However, Asian students have seen their numbers at elite colleges and universities stagnate, or even dwindle.

Some schools have already done away with the practice — MIT and Johns Hopkins, for example. However, there is this constant debate regarding the “whataboutism” in the discussion surrounding affirmative action. What about admitting applicants based on their economic status instead of race? Many people think that instead of targeting race, there should be a focus on getting more poor and working-class students into elite universities.

A common misconception about affirmative action is that it “lowers the standard” for students of color so that it is easier for them to get admitted. While the policy is centered on students of color, there has been a debate on whether legacy admissions for white students are another reason why affirmative action needs to stay. Some people think that legacy admissions are necessary  because they increase donations for the school. However, studies show that there is no relationship between legacy admissions and how much money is being donated to the school.

There have been several cases of schools changing their standards of admission to increase diversity in their schools. The Thomas Jefferson High School for Science and Mathematics in Virginia, one of the most prestigious high schools in the country, changed their admissions standards from standardized testing to selecting the top percentage of students from each high school. Racial diversity increased, as there are more Black and Hispanic students (the percentage of Black students has risen from two to seven, and Hispanics, from three to eleven). Even the number of white students has increased from 18%  to 22%. However, some groups feel that this new way of admissions is not race-neutral, despite the fact that the top students from each school do not have their race revealed. They think the school’s new admissions policy is anti-Asian. However, there is  a precedent, as The University of Texas does the same thing, with guaranteed admission for the top students in each high school.

McWhorter thinks that the overemphasis on race in college admissions is disturbing. “I [shudder] at the thought of admissions officers finding the fact that [my] daughters are biracial the most interesting thing about them, or even interesting at all,” he wrote in a New York Times Op-Ed.

“I don’t want that admissions officer to consider that, perhaps here and there, someone, somewhere, underestimated them because both of their parents aren’t white. In the 2020s, that will have happened so seldom to them, as upper-middle-class persons living amid America’s most racially enlightened Blue American white people, that I’m quite sure it will not imprint them existentially any more than it did me, coming of age in the 1970s and 1980s.”

He is skeptical of maintaining racial preferences as the only way to rectify the inequalities. “A lot of the reason we wanted you here, on our campus, is your differences from most of the other students and the life lessons they can learn from them. Someone says, ‘I want my kids to interact with Black students before they go out into the world.’ I ask, ‘Just what was it about Black people that you were hoping your kids would learn?”After decades of affirmative action, the wealth gap still exists, so the policy is only a band-aid solution.

McWhorter is not against affirmative action if it decides to shy away from race and gender and focus more on economic diversity. Affirmative action has helped the rise of the Black middle class, but wealth inequality still exists, since the policy does not address the politics behind the large wealth gap between different races.

Time and time again, colleges defend their use of affirmative action by saying that students of color are “vital” to the school’s community. But perhaps affirmative action only prioritizes racial diversity at a surface level. It appears not genuine and insincere when colleges promote fake progressivism.

Some students think it sounds off-putting. As stated in the Harvard handbook: “We are not here to provide diversity training for Kim & Timmy.” McWhorter thinks that colleges’ reasoning for diverse admissions makes it seem like students of color are being intellectually exploited for the white student’s benefit. Affirmative action is not the only way to rectify racial disparities.
Time and time again, colleges defend their use of affirmative action by saying that students of color are “vital” to the school’s community. But perhaps affirmative action only prioritizes racial diversity at a surface level. It appears not genuine and insincere when colleges promote fake progressivism.