Criticisms of Eileen Gu reflect a problem of anti-Asian American sentiment and explain why this sentiment is such a pervasive problem. 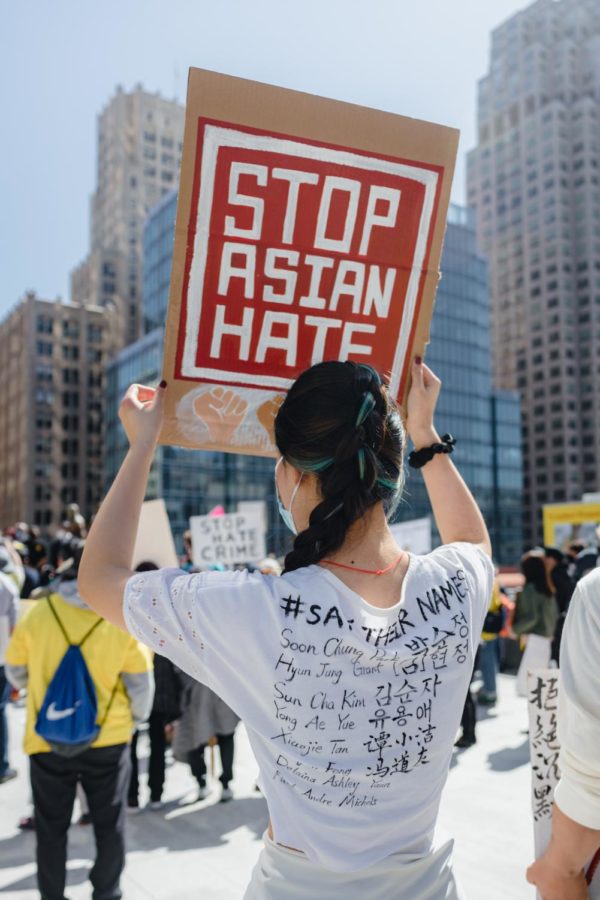 The Atlanta Spa shooting brought the problem of Asian Hate Crimes to national attention, but even as the one year anniversary approaches, things have not gotten better for Asian Americans.

As anti-Asian hate crimes continue to skyrocket in the wake of the Coronavirus pandemic, many seem to believe that these senseless and unprovoked acts result solely from scapegoating for the COVID-19 virus and are confused as to why they continue.

The controversy surrounding Eileen Gu, two time Olympic gold medalist, reveals why Asian-Americans are suffering hate crimes and why there is often an inadequate judicial response to these attacks.

Eileen Gu jumped into the limelight after winning her first gold medal in Women’s Big Air, a debut event in the 2022 Beijing Olympics. But the media attention was not dedicated to her achievement of becoming a gold medalist at the age of nineteen. Rather, she has become a controversial figure for choosing to represent China instead of the United States.

The teenager has been called a “traitor” and “deranged” by Americans across the political spectrum. She has endured critiques from Fox News hosts to Bill Hader.

To understand Eileen Gu’s decision, you must know her background. She was born to a Chinese mother and a white American father, but raised by her mother in California. As a child, her mother enrolled Gu in ski classes and fostered her interest in skiing. At fifteen, Gu chose to represent China in the 2022 Beijing Winter Olympics after representing the United States for two years in the youth division.

This was a shock to some of Team USA’s instructors and former athletes alike. Although it is typical for athletes to switch countries, top talents (like Gu) usually do not. Gu’s reasoning for the switch was her desire to represent her culture and to increase girls’ participation in skiing in China.

This decision was immediately picked up by the media before the Olympics, but the criticism only intensified after her first gold medal. Nikki Haley, conservative pundit, slammed Eileen Gu and told her to pick a side. She said, “you’re either American or you’re Chinese.”

Gu was frequently called a traitor and a sell out. Some Americans believe her choice was purely based on economic incentives and have criticized her for valuing those incentives over patriotism or “morality.”

Eileen Gu’s true motivation might purely be economic. She has become the face of the Olympics in China, and has earned over 50 million USD in endorsements from a mix of Chinese and western nations. Her economic success would never have been possible without her decision to represent China.

But for a nation so dedicated to “pulling oneself up by the bootstraps” (to the point of calling Medicare for All communism), is this not the embodiment of the American dream? America self-asserts that it focuses on individual liberties and freedom. So, why then, is America so angry when Eileen Gu chooses to pursue the best opportunity afforded to her?

Maybe it is about representing China. China is a word that invokes anxiety in the American subconscious. It’s supposedly a nation that is adamant on competing with the United States for economic and geopolitical hegemony, pushing communism all the while. Our enemy is seen as an authoritarian, human-right-violating nightmare, one which America, as a totally pure and innocent nation that would never commit war crimes or human rights violations, must defeat.

A large part of the criticism of Eileen Gu stems from the country she chose to represent: China.

Criticizing Eileen Gu for China’s Human Rights violations during the Olympics are moot; the United States and the West already have and still continue to violate them too. Are Immigration and Customs Enforcement (ICE) detention camps that different from Uigher Camps? Are American drone strikes on innocent Yemeni children and civilians any more justifiable? Is this justifiable to all those who’ve suffered at the hands of American pride? Does every American athlete representing America represent these atrocities? No, so why would Eileen Gu’s choice to represent China represent China’s atrocities?

But the media and pundits’ true motives are clear; it was never about human rights. Did they criticize the Americans who played for the Chinese Hockey team, some with no Chinese ancestry whatsoever? No, they didn’t. The Chinese Hockey team did not win two gold medals and a silver medal like Gu, a feat which would have increased the United States’ medal count to third in gold and third in overall, as NBCSports notes.

In general, the American media and public seem fixated on America’s medal count and glory. It begs the question of are they just interested in exploiting Asian American athletes’ talent?

In the very same Olympics, Nathan Chen, also a Chinese-American, won a gold medal in the Men’s figure skating event for the United States and received heaps of praise from American commentators and media alike.

Some might argue that it’s not about the medal, it’s about representation. Nathan Chen chose to represent the United States over China, but did that alone result in the praise he has received? No. This is clear with the media reaction to Team USA member Karen Chen, who failed to medal in this Olympics. Headlines focused on her falls and failures whereas the press coverage was far more favorable for her white American teammate Mariah Bell who also fell and failed to win a medal. Article headlines described her as graceful and recovering from her fall whereas Karen Chen’s focused on “falling short.”

Asian-Americans must succeed and their success must be attributed to America. If you fail, be prepared to face discontent and if you succeed, but don’t dedicate it to America, beware of becoming public enemy No. 1.

But even winning doesn’t seem to be enough. After Sunni Lee, Olympic gymnast, won gold in the Tokyo Summer Olympics, she was hailed as an American hero. But that didn’t stop her from being pepper-sprayed in LA due to her ethnicity. Attackers commonly yell phrases like “Go back to where you came from” or “Go back to China” (regardless of whether or not the victim is of Chinese descent). This blatant discrimination and violence goes seemingly unnoticed despite the status of the victims (whether they are average civilians or Olympic Gold medalists).
The controversy surrounding Eileen Gu, two time Olympic gold medalist, reveals why Asian-Americans are suffering hate crimes and why there is often an inadequate judicial response to these attacks.