Too Many of Us or Too Few?

Since the publication of Thoms Malthus' 1798 book 'An Essay on the Principle of Population,' the notion of overpopulation has loomed over the developed and developing worlds. This has been challenged by reports stating the exact opposite, so just what are we in for in the coming decades? 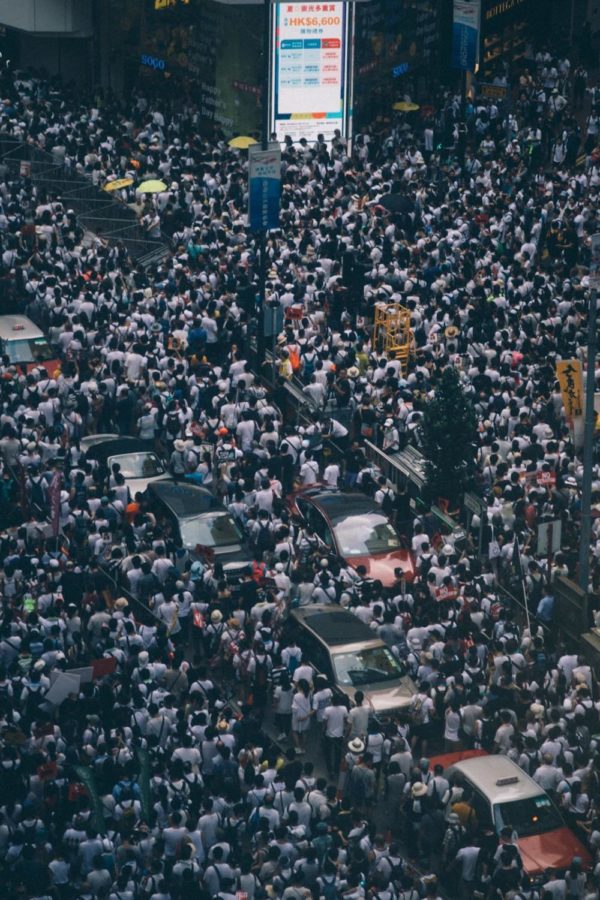 Hundreds make their way down a packed street in Hong Kong, which currently has a population of around 7.76 million. That statistic is slated to grow to around 8.2 million by the 2040s, before declining to 7.72 million by 2066.

One of the most wide-reaching debates from economics’ history has surged — whether Earth’s human population has a limit, and if we could be careening towards imminent disaster as millions and millions of newborns are welcomed into the world.

The controversy over human population is commonly attributed to the British economist Thomas Malthus, whose 1798 essay ‘An Essay on the Principle of Overpopulation’ explored the idea that exponential population growth would eventually overtake expanding agricultural production.

In 1798, there was an estimated population of 800 million people, which is dwarfed by our current population of around 7.9 billion. It seemed that advances from the Industrial Revolution (such as the steam engine and the Spinning Jenny) had completely offset the rising demand of a larger populace, even creating an excess that raised standards of living substantially.

Today, it might seem like the growth problem that Malthus predicted might finally be catching up with proponents who argue that as our population keeps growing, there will be significantly more carbon emissions and worsening climate change, potentially taking us past the point of no return.

This idea has drawn massive criticism, however. Opponents will counter that this assertion excuses lifestyles that cause a disproportionate share of greenhouse gas emissions, and that it supports population control, which could be extremely damaging and unethical. Moreover, current trends suggest that the real threat might not be overpopulation, but the exact opposite.

The underpopulation theory holds that despite short-term trends, the rate of human population growth will eventually fall below the rate of replacement (the number of children needed for a couple to ‘replace’ themselves – about 2.1) by as early as 2100. This will, theoretically, result in a host of issues which countries like Japan are already beginning to experience.

So what exactly are these issues? Well, while greenhouse gas emissions might be slowed by virtue of their being fewer emitters, declining birth rates may also mean shrinking economies. This is because a dearth of babies means a lack of young people entering the workforce a few years later, which in turn results in their being more retirees than new workers.

China, one of the biggest victims of underpopulation, is trying to do anything in its power to increase birth rates. Due in part to the legacy of its disastrous one child policy, China faces a fertility rate of 1.3 children (well below the rate of replacement) in conjunction with a declining percentage of Chinese citizens aged 15 to 59 (down 7.5% over the last 10 years). In response, the government has raised its maximum number of children per mother to three, has gone from mandating abortions to discouraging them, and is looking to provide working women benefits that will let them cope with raising multiple children.

That last policy is an idea that has been floating around for a while. For example, in the United States, women face substantial pay gaps and lost employment opportunities when they take on maternity. Policies such as paid parental leave would lighten the economic burden of having children, thus encouraging higher birth rates and addressing gender inequality at the same time.

Does paid leave have to be part of a broader population growing agenda, however? No. Paid leave, particularly for mothers and pregnant women (along with legislation easing hiring inequalities) is a good idea in its own right, and tying it too heavily to fighting underpopulation brings a lot of unnecessary baggage into the equation.

The first problem with the underpopulation hypothesis that detractors will point out is that there are a number of ways to address a growing retiree population, such as just encouraging people to wait longer to retire. In fact, the average retirement age has generally been on the rise over the past couple of decades all by itself, and most scholars predict that trend to continue.

This might necessitate a reevaluation of healthcare and elder care in many countries, but that is far from the cataclysm that has been predicted. A future workforce could also be more efficient thanks to new technology, which would lead to higher output — something that could ease the cost of a higher number of retirees. Moreover, adults anticipating to live longer are likely to save at higher rates, meaning young people might not have to provide as much for older generations.

When asked about birth rates, Gerald Winegrad, a former Maryland state senator and professor of environmental policy wrote, “Yes, the rate of births per capita of women in their fertile years is slightly declining, but there are many more women in their fertile years. And immigrants tend to be younger and bear more children than our resident population. Again, the economy has advanced remarkably well without the rather draconian and costly measures the pundits call for to have women bear more children. Note that 40% of children born in 2020 were born out of wedlock, and all too many were born to pre-teen mothers. This is a much more serious problem for our society and one that is rarely addressed in the media or as a national issue.”

Winegrad added, “I learned 50 years ago that there is hardly any environmental problem we have that is not exacerbated by population growth — global warming, the extinction crises, water shortages, polluted air and water, deforestation, the loss of open space, sprawling development, traffic problems — all are worsened by growth in the human population.

“Economic growth does not require population growth. We can grow our economy by productivity advances through education and technology. We live in a world of finite resources with food, water and health care insecurity. With slower population growth, we can make greater progress toward resolving these issues and boost our productivity as a nation and the quality of life for all of us,” Winegrad said.

Another defense of lowering fertility rates is that it has been shown to be a sign of women’s rights and employment, a natural and important part of a society’s development. If people are effectively choosing to have lower population growth, then should we really be concerned?

Well, it largely depends on what a country’s long term goals are — China is making a bid for increased economic power on the global stage, which might be seriously jeopardized by a sharp population drop off.

On the other hand, there isn’t much to indicate that the world is in for a rapid decline so much as a natural leveling off. Based on how universal this trend is slated to be over the next century, it also looks like this is an inevitable part of a developed society’s progression.

It’s important to identify that much of the rhetoric around underpopulation, like overpopulation, is unrealistic and inflated to be eye-catching. It isn’t going to be the end of the human race or the collapse of society. There may be changes in the world’s pecking order, particularly for China and many African countries (which are looking at drastic growth until the middle of the century), but like Malthus, modern-day doomsayers overlook our adaptation and innovation as a species.
“Economic growth does not require population growth. We can grow our economy by productivity advances through education and technology. We live in a world of finite resources with food, water and health care insecurity. With slower population growth, we can make greater progress toward resolving these issues and boost our productivity as a nation and the quality of life for all of us,” said Gerald Winegrad, a former Maryland state senator and professor of environmental policy.