The Fight to End Gerrymandering in America

Gerrymandering is an American tradition dating back to the nation’s founding, but the corrupt nature of the practice is becoming increasingly problematic in a more polarized political environment. 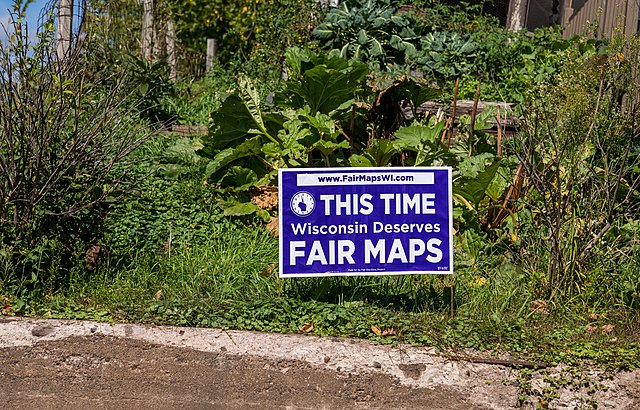 Here is a yard sign with a message advocating change with gerrymandering laws in Wisconsin.

The 2018 midterm elections were supposed to be a “Blue Wave” — with democratic turnout set to be monumental. The result was somewhat underwhelming. In North Carolina, Republicans won slightly more votes in the House than Democrats, each party receiving fifty percent and forty-eight percent respectively. But the votes that the parties received were wildly different from how the seats themselves were split up.

Every decade, after the Census is taken, each state is tasked with redrawing their Congressional districts based on the new population data. Most legislators are given unchecked power over the process, leading to gerrymandering— the drawing of districts to give as many seats to one party as possible.

North Carolina is one of the more vulnerable states when it comes to gerrymandering. Even though the Republicans almost lost the vote of the people in 2018, they took ten of thirteen available seats in the House.

Gerrymandering doesn’t happen everywhere: eighteen states have taken some power away from the legislature, and some new ones have sprung up recently. Since the last census back in 2010, Virginia and Michigan both approved independent commissions — in which they created a bipartisan panel outside the influence of lawmakers — and saw promising results. But the two states are outliers. Almost everywhere else, gerrymandering has only gotten more extreme over the last decade.

In 2015, Ohio attempted to even out the playing field by creating a bipartisan redistricting commission. The Republican-controlled legislature managed to sidestep it, and the map they came up with leaves twelve of fifteen seats projected to end up in their control — in a state that Trump won by just eight points in 2020.

Georgia is one of a few dozen states that have no laws at all to prevent gerrymandering. So despite Biden winning the state last election, Republicans are set to win nine of thirteen seats. Democrats are guilty of the practice too: Illinois is one of the most gerrymandered states in the country, with fourteen out of seventeen seats now leaning in favor of Democrats.

The problem feeds back into itself — when one party starts gerrymandering, the other side tries to even out the odds by doing the same exact thing. It also exacerbates other forms of voter suppression: in 2018, the four states where the party who won the most legislative seats lost the statewide vote all coincidentally instituted voter suppression laws — typically voter ID, disproportionately harming minority voters. It’s simply self-preservation, to some extent: if you can’t win the election fairly, the only solution is to make the election unfair.

While both parties are complicit in gerrymandering, Republicans are more at fault for the consequent voter suppression. It’s become a pattern — Democrats always seem to win more votes nationally. Supporting voter enfranchisement is less a moral necessity and more a campaigning strategy: the more voters there are, the more votes Democrats usually receive. Conversely, when there are more voters, Republicans are more likely to lose, so it’s in their best interest to make voting as inaccessible as possible.

Politics are becoming more polarized, a fact that surprises nobody. Both parties are using every chance they get to take away from the other. By some miracle, the power to do so is being taken away in a handful of states. Yet politicians continue to do everything in their power to whittle democracy down to nothing.

With gerrymandering powering voter manipulation behind the scenes, the spirit of democracy is getting lost in the process. It’s really an issue of human agency. When you have something of value, someone else is going to try to take that away from you. In a democratic system, the vote is the most valuable possession anyone can have; participating in the democratic process is the easiest way to access solutions to society’s problems. Making it as simple as possible to achieve that vote is the only way to move towards a better future.
Politics are becoming more polarized, a fact that surprises nobody. Both parties are using every chance they get to take away from the other.