The Effective Exploitation of the Self

As more value is placed on our achievement-chasing, we must interrogate what that means for ourselves — our true selves. 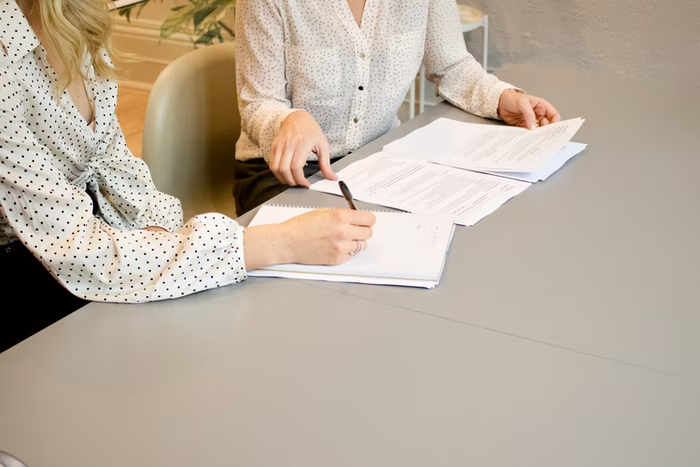 In our increasingly competitive world for top jobs, it all comes down to this question: who can sell themself best?

There should be a stability that comes with “making it.” This is not in the artistic sense where someone has made a scrapbook or a garden, or making it to train, where there is an end to the tracks. I mean making it, as in reaching a peak in life.

As people attempting to navigate a merit-based society, we must, in the common vernacular, “sell ourselves” to do so. And if we don’t believe ourselves to be special enough to sell, then we have to fake it ‘till we make it. Then, we’ll have to make it again and again. Because once we’ve made it to one stop, there will always be another.

Forbes published an article that referred to “selling yourself” as an art (“Six Ways to Maximize Sales with Ease”). The author and President of CRMDialer Dimitri Akhrin writes, “Even if you have the best product or service in the market offered at a competitive price, it won’t matter much if you can’t sell it and yourself.” By overtly merging selling a product with selling oneself, Akhrin reveals an eerie phenomenon — the commodification of the self.

“Selling yourself” is a common phrase usually spoken loosely considering its implications — sometimes with air quotes, with a hint of playful sarcasm. It is often treated as a piece of wisdom that will propel our professional lives. This is about presenting our best selves to employers, authorities, and anyone else who may be in surveillance.

The verb “sell,” according to the Oxford English Dictionary, means, “To give up or hand over (something) to another person for money (or something that is reckoned as money); esp. to dispose of (merchandise, possessions, etc.) to a buyer for a price; to vend.” Ultimately, when we sell ourselves, we ostensibly give ourselves over. We do not lose ourselves.

Steve Handel, founder of The Emotion Machine, an educational website pushing for self-improvement in the 21st century, “The Importance of Selling Yourself: Why Everyone Is In Sales (To a Degree)” contends, “We imagine sales people as greedy, dishonest, and willing to say anything just to get a sale — but the truth is we are all sales people to some degree. And we need to be.” However, in this situation, what drives people to sell themselves may not be the pursuit of riches and success, but a fear of what may happen if they would prefer not to, as Melville’s ‘Bartleby, the Scrivener’ would say. Even if we dislike it, we must sell ourselves if we want to get anywhere. We are selling ourselves because, (forgive me for repeating Steve Handel) we need to be.

This need is repeated in countless articles of a similar nature to those by Akhrin and Handel. Written primarily as sharp and demanding dictates (“Don’t be boring. Be positive. Say the right things.”), they are often list-like, a simple and easy step-by-step guide. They advise quantifying our achievements, preparing “meaningful anecdotes,” or exuding confidence. Companies want to snatch up potential, the Harvard Business Review notes. These actions and qualities are important and necessary, and if you’re lucky, you might be let in on the secret to success.

It is, of course, only normal to switch linguistic registers when going from speaking to a friend to an employer. Differences are also apparent between friends, with each relationship carrying their own set of developing languages. These simply represent the different relationships that we have with others. What we may choose to say becomes more sinister when the frequency at which we must sell ourselves leaks out of a container that fails to contain and seeps into other parts of our lives, however.

Philosopher Byung-Chul Han, whose ideas and works focus on the experiences of the human individual in a late-stage capitalist society, presents in his 2010 book The Burnout Society the achievement-subject. The achievement-subject is not so much of a figure or a character but an uncanny mirror of many people today.

Han draws from French sociologist Alan Ehrenberg’s The Weariness of the Self: “The depressed individual is unable to measure up; he is tired of becoming himself.” We have to become who we want to be. We cannot just be.

This idea is very similar to essayist Jia Tolentino’s depiction of today’s ideal woman in her essay in her essay collection Trick Mirror: Reflections on Self-Delusion. “Always Be Optimizing,” or “Athleisure, barre and kale: the tyranny of the ideal woman,” portrays how social media forces users, particularly women, to continually optimize themselves — if not personally, then on the screen.

“This woman is sincerely interested in whatever the market demands of her (good looks, the impression of indefinitely extended youth, advanced skills in self-presentation and self-surveillance),” Tolentino writes. “She is equally interested in whatever the market offers her — in the tools that will allow her to look more appealing, to be even more endlessly presentable, to wring as much value out of her particular position as she can.”

We are always refashioning, always optimizing. This is not to say that one cannot change. These tweaks we make are according to what the market demands of us.

Here, we may not be selling ourselves, or even our souls, as much as they are being snatched up and moved by our own hands, in which another invisible hand is controlling. Unseeable, intangible forces are telling us what is valuable, to then distribute another set of rules. When an entire being is centered around what we are told is valuable and what is not, we lose the ability to judge for ourselves.
As people attempting to navigate a merit-based society, we must, in the common vernacular, “sell ourselves” to do so. And if we don’t believe ourselves to be special enough to sell, then we have to fake it ‘till we make it. Then, we’ll have to make it again and again. Because once we’ve made it to one stop, there will always be another.