Elon Musk is not a philanthropist. But even if he was, the UN’s request raises some concerns. 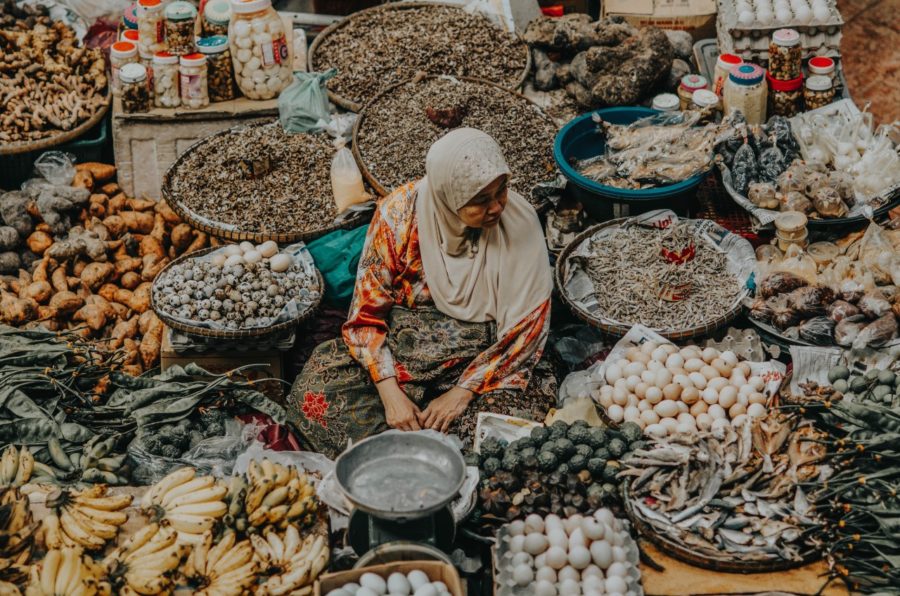 In Malaysia, food markets and farming have crumbled, propelling the UN to distribute food instead of funds. Citizens have enough food for the short term, but they are slowly preparing for the day that the UN’s supply runs out.

Elon Musk is TIME’s 2021 Person of the Year, and the richest person in the world with a fortune of $300.8 billion from Tesla and SpaceX. It seems he has enough money to do anything — including solving world hunger.

David Beasley, the Director of the UN’s World Food Program (WFP) agrees. In fact, he recently called out Musk to donate 2% of his wealth, or $6.6 billion, to save 42 million people on the brink of starvation. “Billionaires need to ‘step up now, on a one-time basis,’ ” he said.

Upon seeing the Twitter controversy, Musk did not waste time responding. “If WFP can describe on this Twitter thread exactly how $6B will solve world hunger, I will sell Tesla stock right now and do it,” he wrote on October 31st, 2021.

Although his straightforward reply seemed to suggest support at first glance, it also challenges the UN and presents skepticism. After all, Musk tweeted his response under a fact check that stated, “2% of @elonmusk’s wealth is $6B. In 2020 the UN World Food Program (WFP) raised $8.4B. How come it didn’t ‘solve world hunger’ ?” In the past, he has also expressed distaste towards a billionaires’ tax, firing a crude insult towards Senator Ron Wyden (OR) in the process.

As per Musk’s own words, the UN WFP released their plan a few days later, in a budgetary breakdown entitled “A one-time appeal to billionaires.”

However, Beasley’s repeated “one-time” ethos raises eyebrows among many. “It seems unlikely that it would have a permanent effect. Solutions to global issues often require long term planning and change, not just quick and expensive ideas,” said Adam Wright ’22.

Musk has yet to respond. The truth is, the root causes of world hunger are much larger than a $6.6 billion check. The issue isn’t that there’s not enough food to go around, but the lack of self-sufficiency in developing nations.

Food self-sufficiency refers to a country’s ability to satisfy its food needs from domestic production. Historically, the UN’s attempted food aid has led to the opposite. In fact, after the UN received the Nobel Peace Prize in 2020, former UN representatives and global food security experts rightfully expressed their backlash. Merely transporting food into these countries has overwhelmed domestic markets, ultimately suppressing local food production, bankrupting farmers, and driving down self-sufficiency. Instead, a study from the Food Security Portal found that direct cash transfers are much more effective in helping poor and war-torn countries feed themselves.

The UN simply cannot supply food to these countries forever. The only way for the UN to combat world hunger at its root is to help countries become self-sufficient in the long term. But contrary to internet skepticism, their plan could actually be a start.

“One of the biggest contributing factors to world hunger is the globalization of food markets. Farmers in poor countries aren’t growing food crops for consumption, but instead cash crops to commercially export,” he explained. “After looking at the UN budget breakdown in detail, it seems that they want to spend one half on actual food distribution and the other half for cash markets in these countries. So what the UN is essentially saying is that they’ll provide the funds for people to grow food crops instead. I think it’s very believable that it would work.”

But the question circles back to Elon Musk and his role as a billionaire: is it even Musk’s responsibility to address world hunger? Should we hold billionaires both socially and ethically accountable for amassing massive amounts of wealth?

For the most part, yes. Wealth inequality is intertwined with poverty and hunger, with a small group of private individuals holding the same financial power as several countries in the developing world. As Sud Paul ’23, Vice President of the Current Events Forum, puts it, “Billionaires cannot forget the hand that first fed them, that being the people of the world who support – involuntarily or voluntarily – the capitalist system that provides them their money in the first place.”

“It would be on-net beneficial for billionaires like Musk to donate large amounts of money, because it’s better than doing nothing,” added Dasha Smirnova ’24.

The Brookings Institution explains that if the world’s billionaires put forth less than 1 percent of their collective wealth, it would stabilize funding for world hunger in the long term. So while Musk may not be able to solve hunger himself, his actions can spur change among the rest of the elite on a wider scale.

Regardless of whether or not he will, Elon Musk can and should. He is one of the most well-known billionaires today, holding influence in nearly every facet of technology and finance. Ultimately, his futuristic ambition equips him to be the best person to take this first step with the United Nations.
While Elon Musk may not be able to solve world hunger himself, his actions can spur change among the rest of the elite on a wider scale.