With the Democratic majority in the Senate hanging by a thread, a select few people have been given a lot of power to abuse. 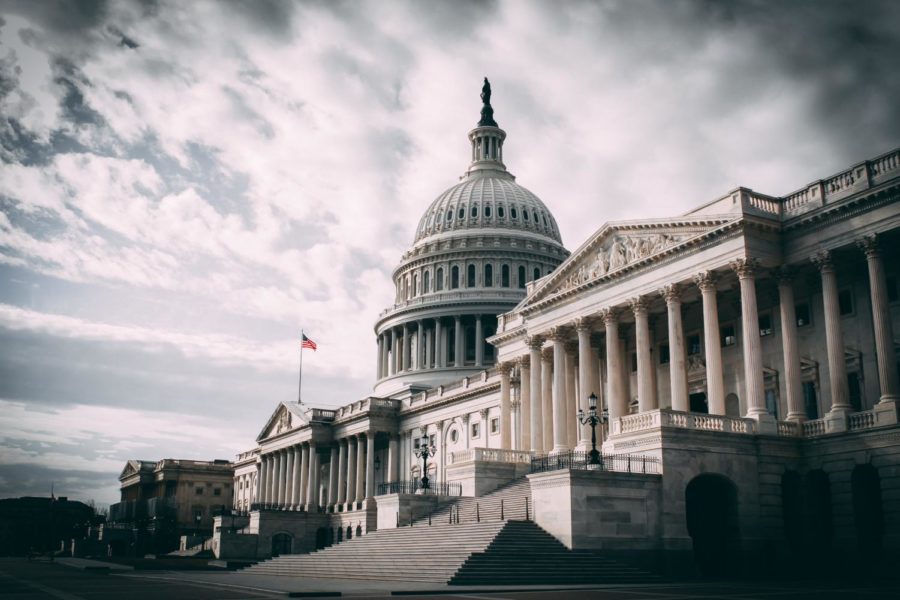 The Capitol Building in Washington, D.C. where for the last year, the Democrats have held a 51-50 Senate majority, meaning that for any legislation on their agenda to pass requires every single Democrat in the Senate to get in line.

The week of November 3rd, 2020 was a sight to behold. As mail-in voting stretched out the time required to count votes, a full week crawled by before Americans learned who the next president would be. As half the country looked to the results with a sigh of relief, outrage from the other half set the scene for the January 6th, 2021 insurrection, a historically dangerous siege upon our democracy. Yet as the battle over the presidency raged on, the dust settled on a result that was no less important. The Democrats had shrunk their majority in the House, while they managed to eke out the smallest majority possible in the Senate. This was a disappointment for Democrats, as it ensured four more years mostly void of progress.

Overly focused on getting Trump out of the White House, Democrat voters had felt an outstanding win. But back in reality, the election was, if anything, a tragic failure. We are now one year removed from the chaos of the November 3rd, 2020 presidential election, and progress is coming to a standstill. Congress feels  locked in time, continuing the same inaction of the last few presidencies, all while certain issues, especially climate change, infrastructure, and healthcare, are becoming more pressing.

Despite the difficult position they are in, Democrats have not thrown in the towel —  unprecedented, groundbreaking proposals have been offered, namely through the $3.5 trillion reconciliation package. But there’s a tremendous obstacle standing in their way — not everyone is getting in line.

Now it is clear that 2020 was truly a loss. While many hoped for a massive blue wave that would pick up a few seats in swing states — and possibly even unseat big names like Lindsey Graham and Mitch McConnell — the result was nothing exciting. Democrats only even got to fifty seats after the Georgia runoff elections went in their favor. That brings the Democrats to a 51-50 majority, with the vice president as the tiebreaker — meaning that any of the fifty Democrat senators received the power to destroy the progress the other forty-nine try to make.

Two people have stood out as the most likely culprits in the abuse of power: Kyrsten Sinema of Arizona and Joe Manchin III of West Virginia. These two are the most conservative Democrats in the Senate, and each can rule over Congress with an iron fist. One stray vote and legislation fails.

Manchin is a Democratic senator in one of the most Republican-leaning states in the nation, West Virginia. While he is an outlier, barely holding on in a state painted dark red on every election map, Sinema could not be more different. Sinema also comes from a historically conservative state, with Arizona having (until the 2020 cycle) not voted for a Democrat as president since 1992, but her state is gradually turning blue, with Democrats now holding five of the nine seats in the House and both seats in the Senate.

Unlike Manchin, Sinema doesn’t need to appeal to Republicans to keep her seat. While Arizona is becoming more and more progressive, she heads in the opposite direction. It is a mystery what might have compelled her to do so — she’s not gaining votes on the right and only losing them on the left, as her small donors withdrew their support, feeling betrayed.

There must be some motive behind it; in the end, she must be moving in her own best interests. Perhaps she’s being sincere, trying to follow the late John McCain’s legacy of being a “maverick.” For instance, during a vote back on raising the minimum wage back in May 2021, Sinema tried to make a scene out of her ‘no’ vote by throwing a big thumbs down, similarly to the way that Senator John McCain saved the Affordable Care Act four years earlier. But while McCain always held a consistent set of values, nobody knows what Sinema believes in.

Consequently, Sinema and Manchin’s actions have the potential to do damage to the United States and its future. The country is at a turning point, and options are running thin. The Coronavirus pandemic rages on throughout the country, polarization is building further problems with a dysfunctional healthcare system, we have crippling infrastructure needs, and there is extreme income inequality, along with the fact that climate change continues to deal permanent and catastrophic damage to our planet.

While all of this is happening, Sinema and Manchin are dangerously wary of spending even the bare minimum towards solutions. They are what is stopping major change: Sinema and Manchin both have rejected the Democrat’s reconciliation package, worrying more about the price tag than the necessity of the bill. Being the two least liberal Democratic senators, they will always be holding the other forty-eight back.