In spite of the recent discussions surrounding the unhealthy environment that has been fostered on Twitter, it remains one of the most popular forms of social media. Why is this so? 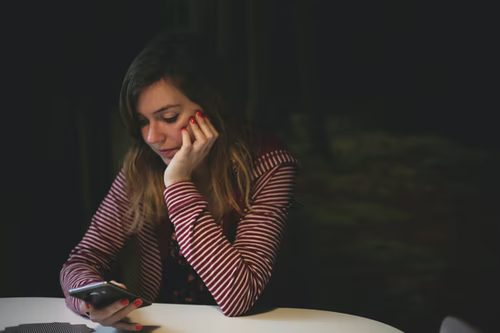 The addictive nature of Twitter causes many users to scroll for hours at a time.

The amount of toxicity on Twitter has inspired a lot of chaos online. There is always a new celebrity being canceled, a new reason to hate a YouTuber you have never heard of, or a new controversial tweet that will inspire countless video essays, all of which encourage you not to use Twitter.

But this is not just an issue that exists in an online space. It even impacts many Bronx Science students.

Alisha Rahman ’22 described the social media site as, “definitely one of, if not the most toxic platform I have been on… If you aren’t constantly retweeting threads about issues, you’re automatically a terrible person who doesn’t care. It’s a terrible place for teenagers to spend a lot of their time, because they feel obligated to see so much negativity, even though they can’t do anything to stop it.”

This is not a rave review.

When I started researching Twitter’s popularity, I was expecting to see the user count decrease over the past year, given the countless complaints and scandals.  Instead, I discovered that, from 2020 to 2021, the number of users grew by 44,500,000 new accounts.

It has since become a modern representation of Lord of the Flies. People seem to be attracted to the chaos of constant witch hunts, even if they know it is unhealthy. I spoke to seven different Bronx Science students regarding their own opinions about this addicting app. From these exchanges, I discovered that using Twitter is like eating cookies; it is best done in moderation.

Rahman, who uses Twitter on a daily basis, has a decidedly negative view of the platform when compared to a student who only uses it occasionally. You can see this through the difference in tone of Rahman’s description, compared to the student I interviewed who looks at tweets but doesn’t actively use the site. The latter described her experience as positive and didn’t think Twitter was toxic.

However, students who do not use Twitter often still have a negative view of it, such as Elizabeth Colón ’23. When asked, “Do you think Twitter is toxic?” Colón replied, “I think that Twitter can definitely be toxic, especially with younger users, because they are easily influenced by anything that they see on social media.  People can be negatively impacted for the rest of their lives because of something they may have read on Twitter.”

Colón may not have as many war stories as an active user like Alisha Rahman, but she still has an overall bleak opinion of the app, which just goes to show how far-reaching its negative reputation has become.

In spite of its flaws, Twitter does not want you to use it as you would mustard, a small dab of it here and there. Rather, Twitter wants to be the pizza of the internet, something that you never become tired of. As a result, Twitter employs all sorts of methods to keep you hooked.

For one thing, it supplies a constant stream of information. There will always be a new tweet that makes you laugh, or become annoyed or offended. So you just keep scrolling, just one more tweet, until you have been on the app for two and a half hours straight and your phone is about to turn off due to a drained battery.

Twitter is also addicting because of its constant emotional stimulus. Considering that Twitter’s mission statement is “to give everyone the power to create and share ideas and information instantly, without barriers,” it makes sense that these lack of barriers would lead to many users feeling comfortable enough to state their complete unfiltered opinion, an opinion that will make you very happy or, more often, very angry.

This constant emotional stimulus almost perfectly fits a reward-based learning setup. You become triggered by a tweet, which leads to you send out a tweet of your own, which will inevitably get you ‘likes,’ providing you with approval.

For many, this is an addictive experience, one that results in more and more tweets. Eventually, maybe you will begin to tweet out things that you know are that day’s popular opinion on Twitter. You might even begin to send out hateful tweets towards someone being eaten alive on the platform. Perhaps this is not even because that is your true opinion, but because you know it will receive ‘likes.’

Where do we go from here? The site has decided that the best course of action against toxicity would be to install new features. Some of these include a prompt that will make you think twice about whether you really want to tweet something out, depending on the type of language used in that tweet. This would, in theory, help to decrease the amount of harmful content on Twitter that is due to spur-of-the-moment rage.

For better or for worse, Twitter and social media as a whole has become some of the driving forces in our society. In spite of all the criticism it has faced, the platform’s effects on society are here to stay. Though it may try to create a more positive space, it is impossible for Twitter to be a truly healthy environment.

The toxicity is baked into it, with the basis of its content being people’s opinions combined with a limited word count that prevents users from being able to share a nuanced view on any subject. But at the same time, it can still be used by consumers like Aisha Rahman, who said, “At first I made an account to access content from artists I liked, but then it evolved into wanting to keep up with current events and talking to people with my interests.” In that sense, Twitter can be positive. It all depends on how you interact with it.
For one thing, it supplies a constant stream of information. There will always be a new tweet that makes you laugh, or become annoyed or offended. So you just keep scrolling, just one more tweet, until you have been on the app for two and a half hours straight and your phone is about to turn off due to a drained battery.