Garcia has proven through her public sector experience that she can get things done, and yet not being a career politician makes her a breath of fresh air. 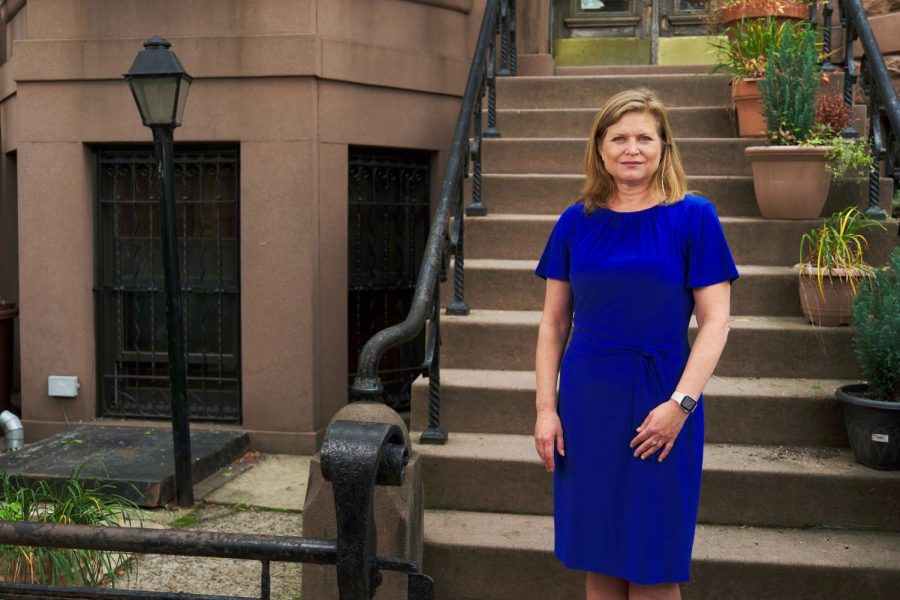 New York City mayoral candidate Kathryn Garcia has experience in government, such as being NYC Sanitation Commissioner, but she has never held public office.

New York is coming out of a pandemic. We are in a crime epidemic. We are reckoning with racial inequity. Our schools and transportation systems are woefully underfunded. We are in a climate emergency. We need to not only get New York back up on its feet, but better than ever. And we need it to happen soon; talk is only talk. Now is not the time to experiment with those who do not have the experience to be our mayor at a time of crisis, and career politicians who want to keep the status quo are out of touch with this moment. New York needs a mayor with proven experience and a command of the issues who can come in and get things done. I believe that former New York City Sanitation Commissioner Kathryn Garcia will be that mayor.

Kathryn Garcia was adopted into a multiracial family as a baby and grew up in Brooklyn. She took an internship at the NYC Department of Sanitation after finishing college, and moved up the ladder of the city’s executive branch from there, including being appointed Chief Operating Officer of the city’s Department of Environmental Protection by former mayor Michael Bloomberg. Ms. Garcia is known around city hall for showing up before sunrise wearing high heels to her job as the city’s Sanitation Commissioner (a job she held until September 2020), which she says is a sign of respect for the people she leads. However, she is by no means flashy. She said in a recent debate that “you may not know me, but you know my work.”

When she came on as Sanitation Commissioner, she modernized the city’s nearly endless snow plow routes by finally moving the routes off pen and paper and onto a computer. She led a massive effort to pump wastewater out after Hurricane Sandy. She created the nation’s largest composing program and implemented numerous other initiatives to combat the agency’s impact on the environment. When lead pipes contaminated the water at NYCHA buildings, she was tasked with fixing the problem, and after just six months, reduced lead poisoning by 21%.

Most impressively, Ms. Garcia led the effort to deliver over a million meals a day during the worst of the Coronavirus pandemic. While a limited number of meals did not arrive adequately, the program has been widely praised as a success, and just getting such an enormous operation up and running in just weeks was truly impressive. Ms. Garcia has gotten more done in this city than any politician in recent memory.

Kathryn Garcia has a wealth of ideas along with the skill and experience to make them happen. She wants to focus the economic recovery on small businesses and the tourism industry. For small businesses, she wants to focus on the basics: adequate services, cutting bureaucracy, and investment and promotion. Ms. Garcia wants to expand green space and partner with entertainment venues to bring tourism back. Like many of her fellow candidates, Garcia wants to expand youth job opportunities, particularly through the CUNY system. Finally, Garcia wants to provide free childcare for young children to all families making less than $70K a year and expand the Universal Pre-K Program to include 3-K. One of the issues Ms. Garcia is most focused on is climate change. Whether electrifying city vehicles or reducing emissions at schools, Garcia infuses climate initiatives into all of her plans, drawing on her experience from the Sanitation Department and Department of Environmental Protection.

Kathryn Garcia knows that we need to balance public safety with police accountability. At a time when crime is up, we cannot swing a sledgehammer at the police budget. We need to make sure that police have the resources to tackle crime and get illegal guns off the streets. Ms. Garcia has stressed the need to fully fund the Gun Suppression Unit and expand the city’s gun buyback program. Ms. Garcia also wants to make sure there is significant culture change at the police department by updating training programs and having a clear definition and consequences for excessive force. These positions may not be good for catch phrases or bumper stickers, but they include real, concrete, and achievable plans to keep the city safe and hold the police accountable.

There are issues with almost all of the other frontrunners in the race. Brooklyn Borough President Eric Adams has a long history of corruption and his plan to return to the strong handed policing methods of the Giuliani days is reckless and out of touch. Businessman Andrew Yang does not have the knowledge and experience needed to run the city bureaucracy, and his ideas range from being big donor friendly to just plain unachievable. Maya Wiley has earned the backing of progressives such as AOC, but her record is anything but progressive. She was the chair of the city’s Civilian Complaint Review Board (CCRB), which is tasked with holding police officers accountable. Not only does Ms. Wiley have little to show for her time on the CCRB, but the NYPD have been involved in numerous scandals regarding use of force, particularly over the past year. Finally, Comptroller Scott Stringer’s campaign has been brought down by multiple alarming sexual harassment allegations.

Kathryn Garcia is by no means a perfect candidate. In fact, I strongly disagree with her stances on education. She wants to raise the spending cap for charter schools, for instance.

Kathryn Garcia is seen as one of the frontrunners in the June 22nd, 2021 Democratic primary, with high polling and fundraising numbers. Ranked Choice Voting may also help her, since she does not have an electoral base on which she can rely. Garcia is not deeply associated with any one constituency, and she does not fit neatly into the “moderate” or “progressive” label. Garcia is relying on a disorganized coalition of voters from Manhattan and Brooklyn and whomever else might be looking for a candidate with her kind of experience, though her name recognition has grown significantly since the New York Times endorsed her. Since Garcia has never run for public office and does not have a clear base of support, she will be a wildcard in this election.

Kathryn Garcia has my vote for mayor of New York City. Her experience and vision has taken her from a relatively unknown but well liked Sanitation Commissioner to a frontrunner for the city’s top job, and that’s no accident.
New York needs a mayor with proven experience and a command of the issues who can come in and get things done. I believe that former New York City Sanitation Commissioner Kathryn Garcia will be that mayor.