In an age of information overload, the ease of communicating with millions of people has radically changed how elections are run and won. 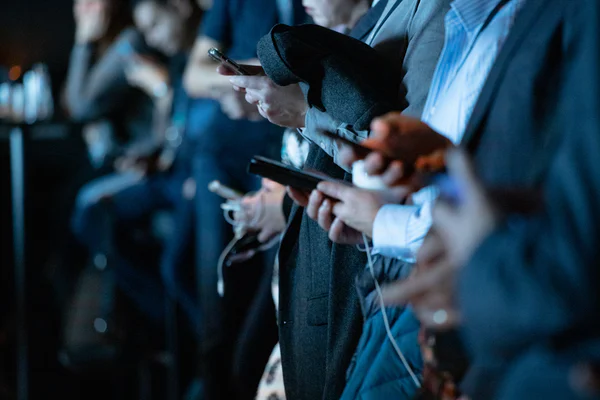 53.6% of the world uses social media for an average of 2 hours and 20 minutes a day. With such avid use, numerous studies and experiments are being conducted on the effects of this usage, in addition to TV shows and movies like 'The Social Dilemma' that try to illustrate more of the indescribable effects of social media.

Our environment undoubtedly determines how we see the world. The people we surround ourselves with, the articles we read, and the reinforcement we receive, along with a million other environmental factors, form and shape our beliefs. Many of these factors are becoming more and more tied to social media, as the number of users continues to grow. Approximately 53% of the people in the world and 72% of Americans have at least one social media account, and among young people in wealthy countries, it is used almost universally.

In determining how social media has affected elections, it is important to understand what influences elections in the first place. One of the biggest components of an election is media coverage. “As hard as it is to believe, the biggest thing that drives elections is simple name recognition,” said Regina Lawrence, executive director of the Agora Journalism Center. “Research has shown that some candidates can be literally left invisible because they can’t win enough interest from the media.”

Donald Trump is a prime example of a candidate using media coverage to win an election. When he announced he was running for President in 2016, Trump immediately caught the media’s attention with his inflammatory rhetoric and branding as a political outsider. “He was able to get the equivalent of massive advertising buys without having to spend much money,” Lawrence said.

In addition to media coverage, many voters learn about candidates through polls, which are now accessible online more than ever. Through sites like Facebook, you can even participate in such polls yourself. The thing about polls is that they can turn into a self-fulfilling prophecy. Often those who start at the top receive the most media attention and therefore continue to lead. Other times, people do not see a point in voting for an underdog and might not choose to learn about candidates other than those at the very top of the polls.

Social media also influences voter turnout, an essential part of elections. In the United States, the voter turnout rate for Americans under 30 is almost 40% below the rate for Americans over 60. One reason is that young people feel like they do not have much of a stake in society. Most of them do not have children or own property, so they have a less direct interest in how hospitals and schools are run. Additionally, many young people look at the inefficiencies and flaws in politics and do not think that there is anything worth voting for. This cynicism can create more cynicism when a candidate they oppose is voted into office.

Social media can have both positive and negative effects on voter turnout. On one hand, it can increase awareness of issues and inspire people to vote to elect politicians to solve them. On the other hand, social media can encourage young people to turn to apps like Facebook and Twitter for political news and forgo taking part in other forms of political participation. After using these platforms, young people can feel that their voice is heard because feedback is often instantaneous, which may lead to them feeling that voting is ineffective in comparison.

Finally, social media platforms can be centers of misinformation, and, more significantly, they can allow people to reinforce and validate these falsities. Every story can have a massive influence on a campaign, true or not. Combined with a socially supported confirmation bias, conspiracy theories and misinformation can spread rapidly.

Campaigns have tried to use these factors to generate more coverage and communication, but as a society, we are just starting to learn about social media’s effects on politics and everything else. There are proposals for internet voting as a way to increase participation, and virtual town halls and rallies are likely to become more popular. Social media is both the present and the future, and as a result, we must continue to study its effects.
“As hard as it is to believe, the biggest thing that drives elections is simple name recognition,” said Regina Lawrence, executive director of the Agora Journalism Center.