Why seeing what is not really there has less to do with bouts of psychosis and more to do with the evolutionary advantages of pareidolia. 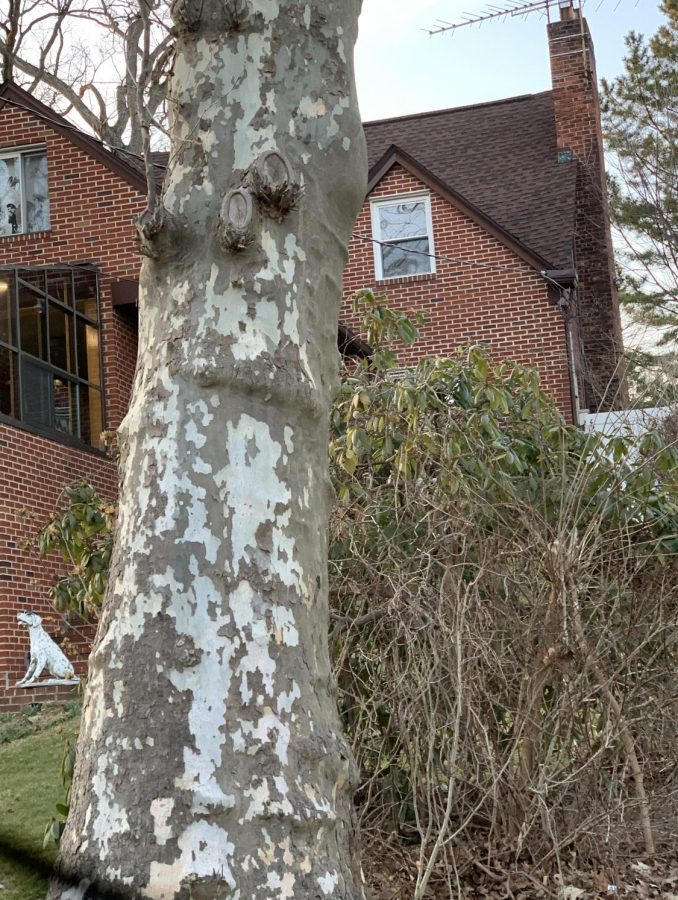 Pareidolia is linked to our familiarity with an object. For example, if we stare at the object for a long time, eventually we start to notice its hidden features. Olivia Wronski ’22 thinks that “people see faces in nonhuman objects in life because we look for ourselves in the world around us, which can cause our brains to become creative and pick out faces from patterns.” The bark of this tree, for instance, resembles a human face.

Have you ever stared up at the clouds and tried to make shapes out of them? I am sure most of us have, whether it has been while looking through the windows of a car or lying down on the grass in a park. Aside from being a fun and relaxing activity, little do many know that there is a much deeper meaning behind it than you think!

In psychology, this phenomenon is known as pareidolia. This is the process by which we see patterns in a certain stimulus. For example, we may make faces out of what is not really there. Many researchers believe that this phenomenon dates back thousands of years. Though it was once thought to be a symptom of psychosis (a mental disorder characterized by a disconnection from reality that a patient is unaware of), pareidolia is now known as a normal human tendency. However, no one is entirely sure of why we have developed this trait.

Evolutionary scientists have long speculated the reason behind why humans experience pareidolia. Among the many theories that have been brought up over the years, one suggests that pareidolia is a safety mechanism that we developed to enhance our awareness of our surroundings and our alertness in case of danger.

Arifa Tasmiya ’22 said, “Pareidolia was most likely formed to help us survive in a world before civilization existed. From an evolutionary perspective, it would be easier to identify predators if we could find faces in places we wouldn’t expect to.” This was, of course, a far more important trait thousands of years ago when the constant threat of animal attacks was significantly more prevalent. However, now, this is just a vestigial attribute of our ancestors.

Psychologists have long used certain images and peoples’ perceptions of what they see as a benchmark as to where their personality and psyche lie. Due to a lack of sufficient evidence and proof of its accuracy, however, perception tests are not deemed to be valid and reliable personality tests.  Nonetheless, it is still a lighthearted way to learn more about yourself.

I decided to test Bronx Science students’ ability to detect pareidolia by showing students a few images and simply having them say “yes” or “no” in response to whether or not they can detect a face.