Does Trump Have a Tangible Future in Politics?

Former President Donald Trump has left office on somewhat questionable terms with the GOP. With Trump seriously considering being a 2024 GOP presidential candidate, we are left to wonder what his future in politics will hold. 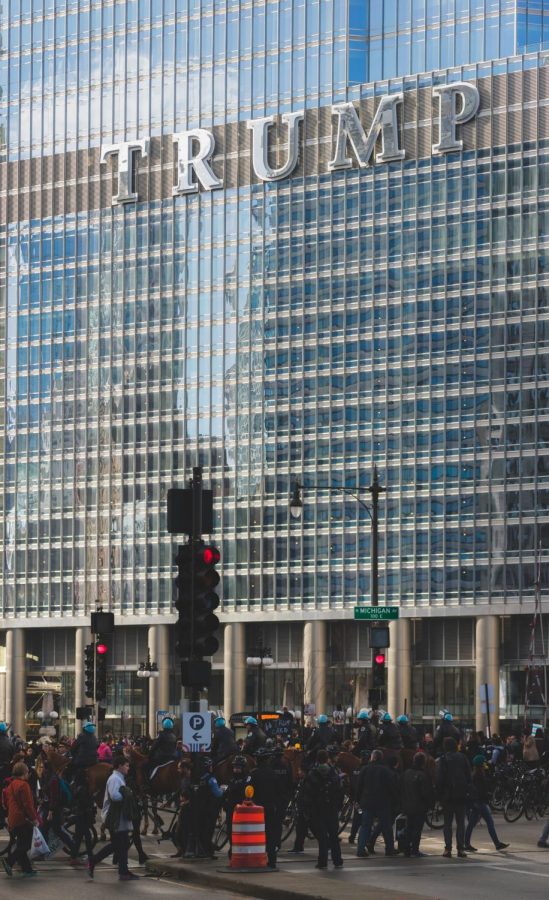 The Trump International Hotel & Tower in Chicago, Illinois, is one of many Trump properties nationwide. “I think that Trump left on both good and bad terms because it depends on how you look at it. He left with a great amount of support from some Republicans and very little (if any) from others,” said Labib Aziz ’23.

At the moment, the political future of former President Donald Trump is hazy and unclear.

It can be said that President Trump left office on somewhat bad terms with the Republican Party, especially with some of its major members, such as Senate Minority Leader Mitch McConnell.

However, this significant loss of support in Congress certainly does not mean that Trump has lost a base in the Republican Party. Between November 2016 and the beginning of his presidential term, Trump established an extremely strong foundation in the Republican Party through his ideas, speaking abilities, and actions as President.

Trump has also provided valuable services to Republicans; for instance, some Republicans running for public office have used Trump to get more votes and money. This is one of many indicators that Trump is far from gone in the GOP.

However, the consistency of Trump’s popularity is up for debate, as well as if he will gain the same amount of votes as he did in 2020 if he runs in 2024 (which he said he would do at CPAC 2021). “I do not think that Trump would gain the same amount of support, but that is not really saying much. The 2020 election was a unique one because there was so much at stake, and it should not be used as a comparison, in my opinion,” said Labib Aziz ’23.

Because he has not served two terms yet, Trump is eligible to run for president again in 2024, and he is likely to do so. Even if he loses that presidential race, there is still a possibility that he will run for another public office position (perhaps the Senate). Moreover, it is also possible that one of his children, such as Ivanka Trump or Donald Trump Jr., will follow his footsteps in politics. Lara Trump, Donald Trump’s influential daughter-in-law and a key member of both his presidential campaigns, seemed to be a potential GOP candidate in the upcoming North Carolina Senate race, though this seems unlikely at the moment.

We cannot confirm what Trump will continue to do in the political world, but  we have to be prepared for a potentially dominant political resurgence.
“I do not think that Trump would gain the same amount of support, but that is not really saying much. The 2020 election was a unique one because there was so much at stake, and it should not be used as a comparison, in my opinion,” said Labib Aziz ’23.