The 46th President inherits a deeply divided nation and faces many challenges on the path to unity. 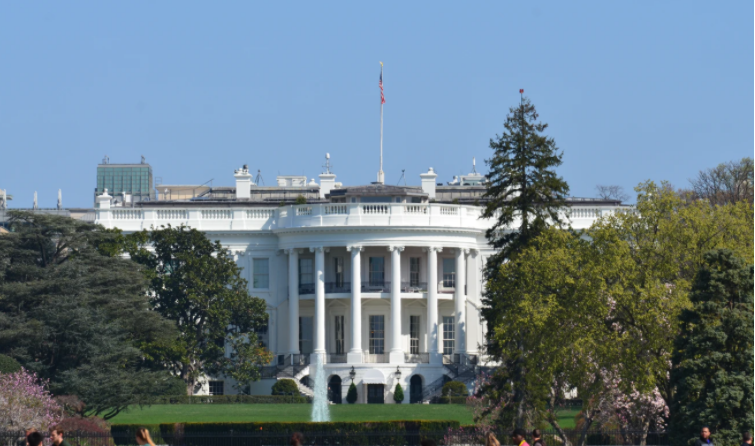 The historic White House, now the residence of our 46th president, Joe Biden. Former president Donald Trump left the White House early on the morning of January 20th, 2021, in order to arrive at Mar-A-Lago, in Palm Beach, Florida, prior to Biden's inauguration.

It still has not fully registered for me, but we now have a President Joe Biden. After four long years, the Trump administration has finally come to an end and a new dawn is upon us. On January 20th, 2021, Joe Biden and Kamala Harris were inaugurated, and the Biden administration immediately began fulfilling their agenda. On his first day in the Oval Office alone, President Biden signed over a dozen executive orders to immediately reverse many of former President Trump’s most controversial policies, and he begin to fulfill his campaign promises. Biden continued signing executive orders for the entirety of his first two weeks in office in an effort to make as much progress as possible.

Despite all that he has accomplished so far, Joe Biden still has great challenges looming over his presidency. Trump was a very divisive president, a president whose actions over the last four years have left Joe Biden with a deeply fractured nation. Candidate Biden ran his campaign with the ambitious goal of healing our nation’s divide and a promise of being a president for all Americans. Biden’s optimism is admirable, but keeping his word in this regard will be no easy feat. As it stands today, it can be argued that America is as divided as it has been since the Civil War. Recent events have underscored our nation’s current division and proved that we still have a long way to go in the pursuit of unity.

I am of course referring to the shameful events that transpired on January 6th, 2021. On that fateful day, an enraged pro-Trump mob fought their way into the United States Capitol building in a failed attempt to overturn the election results. Five people tragically lost their lives as a result of the chaos that ensued. This event marked a boiling point in Trump’s presidency, as the riot was the culmination of all the conspiracy theories that Trump had promulgated in the past. Some of his most radical supporters took these false conspiracy theories as truth and acted in response to them with violence at the Capitol. Lucy Del Deo ’21 said, “The day of the Capitol attack was an extremely sad day to be an American citizen. Watching the head of our government attempt to incite a riot and destroy the crux of American democracy, was a difficult sight to behold.” I think we can agree that the capitol riot marks a dark day in the history of the United States, and will not be soon forgotten.

Undoing Trump’s numerous problematic policies through executive order is just the tip of the iceberg for President Biden. His administration faces major challenges, most glaringly the need to unite a deeply divided nation. In a recent poll by Reuters, 80% of Americans believed that Joe Biden was a lawfully elected president. At first glance, this poll might not cause alarm. However, 20% of the U.S. population is nearly 66-million Americans. The fact that this staggering number of Americans are untrusting of our nation’s election system is highly concerning. It is especially troubling when one considers its possible impact on public confidence in future presidential elections.

This sense of distrust will also undoubtedly have an impact on the current Biden administration, ensuring that a sizable portion of the American population will never accept Joe Biden as their lawfully-elected president. This is kind of ironic if you think back to 2016 when many Democrats had a similar attitude towards President Trump. The only difference is that the 2016 election showed strong evidence of foreign interference, while the 2020 election was certified as extremely secure by our nation’s top intelligence officials.

Healing our nation will not be an easy task. In my opinion, the best way for President Biden to promote unity at this time is purely through his actions. Biden has outlined many of his short-term goals in his 100-Day Plan, with its design primarily focusing on challenges with public health and the economy. These issues are most pressing in the wake of the ongoing Coronavirus pandemic, which has sadly killed over 540,000 Americans at the time of this article’s writing. This is a deeply sad and incalculable loss, exceeding the casualties present in WWII, Korea, and Vietnam combined. I believe that by solving these two universal issues, Biden will already be a step closer to unity. These are two ongoing issues in our country that significantly impact all Americans and transcend political affiliation and ideology. Solving these issues will demonstrate President Biden’s strong leadership skills and generate increased support for his administration.

It is also worth mentioning that Biden’s approval rating currently sits at 54%, which is five points higher than Trump’s best approval rating in 2016. This is significant because although small, this shows that Biden has already gained some support from Republicans during his first two months in office. President Biden is already beginning to heal our nation’s partisan divide through his actions, which gives me great hope for the future.

Looking beyond the first crucial two months in office, there are many larger issues that loom over the Biden Presidency which will be more difficult to solve. Most notably, President Biden must address the troubling rise of white supremacy and other extremist groups in the United States. White Supremacy is a troubling movement that has been gaining traction in America over the past few years, with groups like the Proud Boys sadly becoming household names. The Department of Homeland Security has stated that domestic terrorists, such as white supremacists, pose the greatest threat of lethal violence to the United States today, yet their organizations were allowed to expand under the Trump administration without any major consequences. Combating these domestic terror groups will be a crucial step in promoting national unity. These groups stand against the values of the United States, and in my opinion, ceasing their operations as soon as possible will begin to ease the great tension that currently exists across the country. “I would like to hope that with a less inflammatory and enabling leader now in office, the prevalence of White Supremacy groups in America will begin to decline” noted Del Deo ’21.