Donald Trump’s single term as the president of the United States will be remembered by many for his divisive use of rhetoric. Following Joe Biden’s inauguration, what will become of Donald Trump, his supporters, and future of the Republican party? 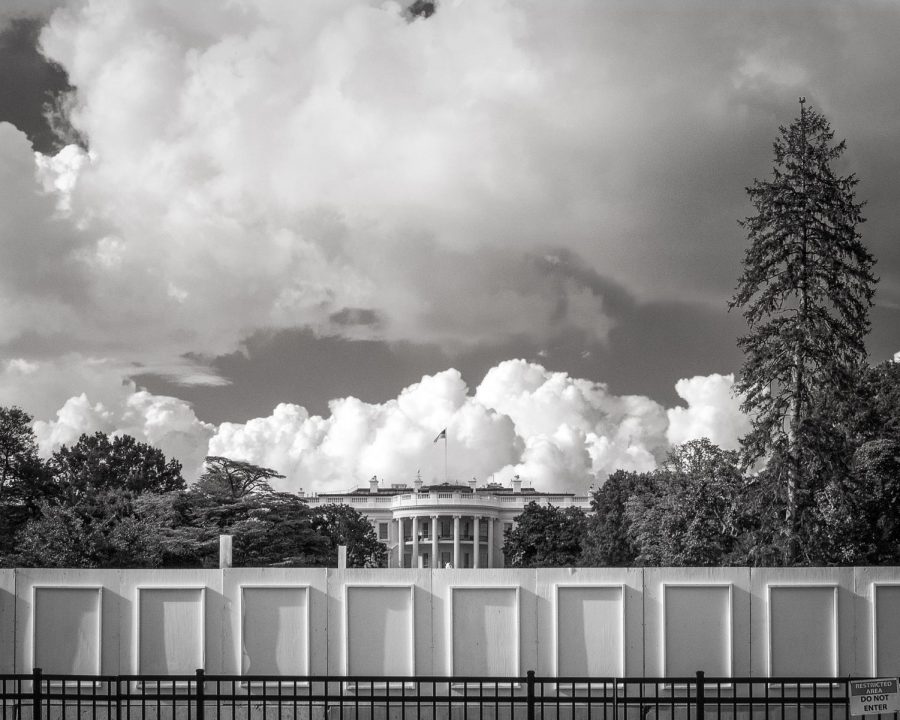 After Biden’s victory and the subsequent insurrection at the Capitol, fencing has been put up for security purposes around the White House and Congress buildings. Former president Trump and the Republican party seem to be at loggerheads in terms of where the Republican party will go in the future.

While he was President of the United States, Donald Trump was known for mostly addressing his own party while blaming most, if not all, of the country’s problems on Democratic leaders. From blaming the Obama administration for the economic recession to blaming Democrat-majority cities (or “blue states”) for the COVID-19 death rates, Trump often sought to further divide the country through his use of rhetoric.

In addition to blaming the Democrats, Donald Trump is known for his controversial responses to sensitive events. In August 2017, he famously claimed that there were “very fine people on both sides” regarding the Unite the Right Rally in Charlottesville. The rally was organized by white supremacists who protested against removing the statue of Robert E. Lee in Charlottesville. He also responded to the Black Lives Matter protests across the country in summer 2020 by tweeting, in part, “When the looting starts, the shooting starts” — a phrase first coined in the 1960s to justify the over-policing of Black neighborhoods in Miami.

Most recently, however, former president Donald Trump was accused of inciting the insurrection of the U.S. Capitol on January 6th, 2021. After Joe Biden was declared the winner of the 2020 presidential election, Donald Trump went on a tweeting spree and posted videos of alleged voter fraud. He coined the term “stop the steal,” which was also used by many of his supporters and loyalists in response to the election results. After numerous failed attempts to challenge the election results in court, Trump decided to take matters into his own hands and held a rally on January 6th, 2021, again claiming election fraud.

On January 13th, 2021, the House voted 232-197 to impeach the former president. This made him the second United States president to get impeached twice, and in a single term at that. While it may seem like a waste of time for some, impeaching and convicting the former president would have prevented him from running again and receiving a pension. The Senate later failed to reach a majority vote during Trump’s impeachment trial, and he was acquitted of all charges.

Lay Len Ching ’21, co-president of the Bronx Science Young Democrats Club, said in support of Trump’s impeachment, “Why do we want our country to sustain Trump, when all he did was cause a divide? It is not just about the idea of making an example out of him (so that future presidents cannot do the things that he did without consequence), but about our values as a country.”

Since the election, Donald Trump has kept almost completely quiet. He was suspended from numerous social media platforms, most notably Twitter, and refused to attend Joe Biden’s inauguration. He did, however, make an appearance at CPAC in February 2020, where he continued to make claims of election fraud and alluded to running for president again.

Many Trump loyalists who vowed to defend the former president against alleged election fraud may suffer future political consequences for their actions. Representatives Madison Cawthorn and Marjorie Taylor Greene are among the most popular politicians being pressured to resign for their roles in allegedly encouraging the January 6th, 2021 insurrection.

As for Donald Trump, although he’s unpredictable, I can see him staying out of the spotlight for the foreseeable future, especially after being deplatformed.
So what comes next for the former president? With ten Republican representatives in the House who voted for Trump’s impeachment and seeing the current divide between Republicans in the Senate who are for and against Trump and his most recent actions, it is safe to say that the Republican party needs to do some restructuring as we advance into the post-Trump era.