Handwriting Versus Typing: How Much Mightier is the Pen Than the Keyboard For Note-Taking?

What is lost as handwriting fades and why exercising penmanship is still important in the 'keyboard age.' 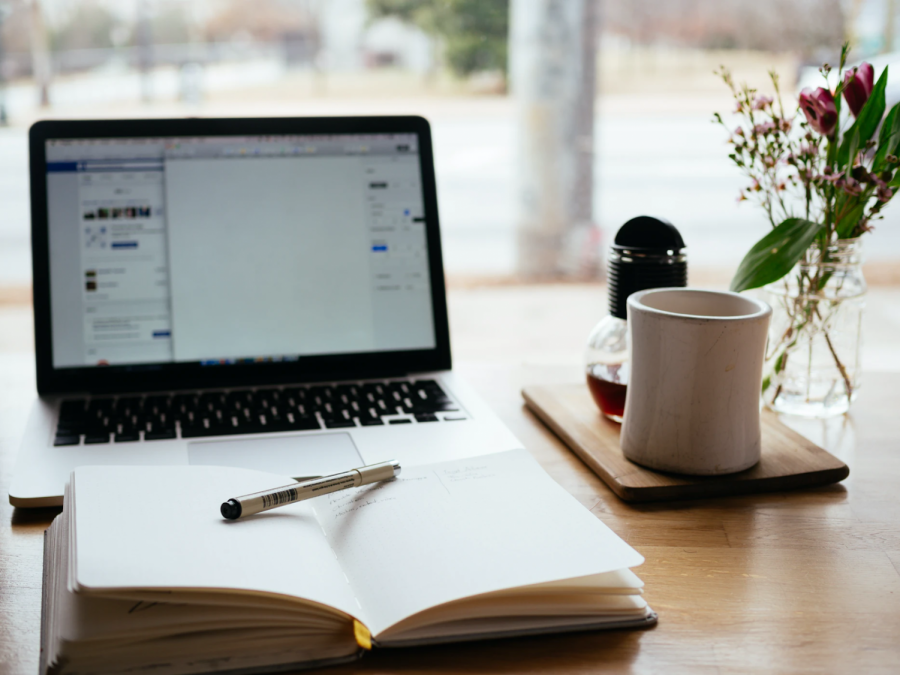 Type, sketch, and scribble away. Handwriting is a vital skill in the acquisition of any language, but the efficiency of the keyboard certainly has its benefits.

Hand me the good old-fashioned pen and paper, and I would be armed with a formidable weapon. In many cases, potent persuasion and advocacy of ideas in writing are more consequential than physical might, hence Bulwer-Lytonn’s coining of the adage, “the pen is mightier than the sword.” However, if we were to replace the pen with a digital stylus, its paper with a screen, and tie everything together with the modern keyboard, could our writing tools still compete against the mighty sword? While the keyboard would not stand a chance against the fearsome weapons of the 19th century in terms of metaphorical physical combat, an increasingly valid case can be made for the keyboard against the pen. In terms of note-taking in today’s digital world, the efficiency of consolidating work online has led to a greater shift from writing to typing. Especially in the remote learning landscape, handwriting might very slowly become a fading art.

Back to the days of in-person school — etched into the margins of an essay lies a rushed teacher’s scrawled signature of comments regarding a student’s work. On the rubric stapled to the back, one might discover an array of barely legible cursive explaining the student’s grade. The result is a confused student unable to appreciate the feedback. Vice-versa, the scribbled handwriting of many students often leaves one’s peers and teachers baffled by what the lines read. These issues of indecipherable text and rushed handwriting are now close to none with digital note-taking. From Turnitin to Google Classroom, our materials that are converted online provide greater clarity and organization to store classwork and notes. But sadly, the transition online also leaves many students out of touch with the once-daily routine and practice of handwriting.

Many people mark the decline of handwriting as if its decrease in use is a signal of the decline of civilization. Since the earliest forms of writing in Mesopotamia, there has always been a uniquely multi-dimensional touch that comes from putting pen to paper in order to form words. However, if general education aims to prepare students to become successful, employable individuals who work efficiently, then more focus should be placed on the development of typing skills. Typing notes is oftentimes much faster than writing, especially with typists today. With a Zoom or Google Meet opened on one side of the laptop and a document on the other, students can type notes more accurately. Features such as voice typing or video recordings allow individuals to take notes verbatim. Without utilizing any paper, sharpening any pencils, or refilling ink for a pen, the convenience of typing notes allows students to keep up during lessons.

Notes can also be cleaner and more organized in the virtual workspace. With standardized fonts, punctuation checks, and tables, constructing clear and legible notes has never been easier for those with access to the proper technology. Useful tools such as Microsoft OneNote, Evernote, and Google Docs allow class materials, such as textbooks, to be uploaded and annotated upon with ease and style. The possibilities to fix, search, and edit are limitless, as opposed to using pen and paper where one wrong stroke cannot be undone. Shortcuts such as Ctrl-F have proven highly convenient on the seemingly endless documents we scroll through.

Cases in which handwriting is an absolute necessity are decreasing. We are seeing this within our education system today as the introduction of cursive letters fades. The flow and precision of cursive penmanship are being rooted out, and even eradicated in some school districts, by the use of the print style handwriting in elementary schools. “We will lose something as we print and write in cursive less and less, but [the] loss is inevitable,” said Anna Trubek, author of The History and Uncertain Future of Handwriting.

Today, children are learning how to type on a keyboard at the age of six or seven, and some are learning the principles of coding as early as the age of four. Contact with the computer at such a young age would have been inconceivable several decades ago, only highlighting the deeper grasp today’s students have on typing.

While our keyboards and brightly-lit screens certainly cast a wide-reaching shadow over the pen and paper, the benefits of the several millennium-old craft of writing do not go unnoticed. The definite allure of converting notes online does not come without faults.

The benefits of typing notes are abundant. However, access to the internet and other apps during class also creates more distractions. Switching tabs on various web browsers allows students to open other documents and indulge in the internet’s superabundant sources of disruption. Moreover, with the guarantee that notes can be recorded verbatim or posted online, students may retain less information as the material is not processed as deeply. Asking a teacher to “go back to the next slide” for notes is no longer necessary if the materials are posted online.

In a 2017 study conducted on handwritten versus digital notes in college lectures, researchers found taking notes longhand allows for “better encoding of the information which leads to better performance on tests because handwriting notes is a slower process.” Instead of rephrasing information in their own words, students who took notes on computers tended to transcribe words directly.

In the Phaedrus, Plato recorded Socrates’s discussion surrounding the creation of writing, “The invention of writing will produce forgetfulness in the minds of those who learn to use it because they will not practice their memory. Their trust in writing, produced by external characters which are no part of themselves, will discourage the use of their own memory within them.” Circa 370 B.C.E., Socrates faulted writing for weakening one’s memory and devaluing the power of true understanding. Socrates did not write down any of his thoughts himself, however, we see this idea of losing the power of memory to a technological advancement again today in the shift from handwriting to typing.

For creating planners, journals, and to-do lists, handwriting also plays an essential role in personal organization. Bronx Science’s Bullet Journaling Club promotes student productivity and creativity through its exploration of different forms of bullet journaling, a method of organizing anything one would like to keep track of into one coherent system. “Having a physical journal is important, since my bullet journal is a time capsule for me. Every brush or stroke, every layout, every thematic choice is through my own creativity at a certain period of time, and having physical proof of that helps me to stay motivated,” said President Aroni Goongoon ’21.

In the virtual space, journaling is also increasingly being done with digital pens and tablets. Regardless of the surface, however, the handwriting component remains the same for many people. “Bullet journaling can still be the same when done on a screen, because at the end of the day, if there is a writing space, digital or physical, that helps someone to organize their thoughts, goals, or anything really, the impact matters more than the source,” said Goongoon.

The writing is on the wall — with its wondrous speed and style, typing can defeat the pen in a battle against time, yet the careful craft of writing triumphs in the internalization of the information recorded in note-taking. Handwriting is deeply ingrained in human civilization, but this does not mean that it is the ideal tool to meet modern society’s needs. Be it the pen-to-paper sensation or the instant click of the keyboard, the careful craft of each style can make both effective for different note-takers.
Socrates’ Phaedrus: “[275a] The invention of writing will produce forgetfulness in the minds of those who learn to use it because they will not practice their memory. Their trust in writing, produced by external characters which are no part of themselves, will discourage the use of their own memory within them.”