Does Donald Trump’s Impeachment Carry the Symbolism That Democrats Hoped It Would?

The belief in making an example of Trump has predictably failed with dangerous consequences. 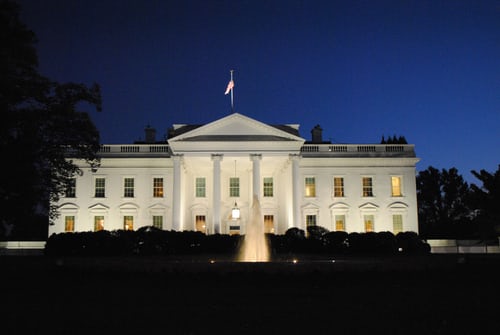 The symbolic power of the White House carries with it a responsibility to lead not just Americans, but to serve as an example for the whole world.

A tumultuous four year period that had the entire world’s gaze fixed on the American president reached an equally chaotic conclusion on Saturday, February 13th, 2021 when the Senate’s verdict to not convict Donald Trump was revealed. Although the vote totaled 57-43 in favor of conviction, the necessary two-thirds majority was not achieved. The impeachment has symbolized the United States’ condemnation of Trumpism and its volatility. However, it is important to recognize that the failure of the impeachment symbolizes something with far more dangerous implications.

On January 6th, 2021, American rioters stormed the Capitol, marking the first time the grounds have been breached since the War of 1812. Seven days later, it became clear that the use of the 25th Amendment was impractical and unlikely. Subsequently, Donald Trump was impeached for the incitement of the insurrection through the inflammatory rhetoric he used in a rally whose attendants were at the core of the attack. Speaking on his opponent’s victory, Trump proclaimed, “this year… Democrats attempted the most brazen and outrageous election theft.”

On his Vice President’s responsibility to confirm the results of the election, Trump said, “if Mike Pence does the right thing, we win the election.”

In the immediate context of the speech, of thousands of angry and fanatical supporters these statements were considered provocative.

The timing of the events made it impossible for the trial to conclude before he left office. As a result, the trial was controversially scheduled to continue past his replacement, the first time in American history for such a thing to happen.

The impeachment was immediately criticized for needlessly dividing the nation at the same time that President Biden was trying to unify it. Although no further violence occurred from the proceedings, bickering amongst the upper echelons of our government has become increasingly foul as the Senate seems to once again be entrenching itself along party lines. While President Trump was widely criticized for his refusal to endorse bipartisanship in his inaugural address, it seems that President Biden’s wishes for unity will remain just that, wishes.

Unfortunately, Trump’s ideology is not unique to him and neither is his ability to promulgate it. Although his presidency has marked many firsts in American history, history always has the potential to repeat itself. “Donald Trump is unique in several important respects,” remarked Donald Green, a Professor of Political Science at Columbia University. “Unlike every other president, he neither held public office nor served in the military. He therefore entered government without any experience in a position of public trust. He entered office unaccustomed to how public officials behave once elected — how they back away from public-facing politics and get down to governing — and, of course, how they behave once defeated. He also is arguably unique in having no close personal friends.”

Trumpism, essentially a version of populism, can be utilized by any person, not just Trump. What is unique about Trump is that he managed to shape popular opinion with these ideas so that his failings were not only overlooked but celebrated. This phenomenon does not speak to his importance, but to the importance of his ideas. If we treat precedent as a powerful symbol that can stop things like populism, is it not unfair to ignore the power of the precedent of populism?

In many ways, the second impeachment of Donald Trump was advertised as a situation with “high risk and high reward,” when in reality the impeachment always carried high risk and nearly no reward.

Unfortunately, Trump’s ideology is not unique to him and neither is his ability to promulgate it.