The Disease of Satisfaction

Choosing between living in the moment and planning your next success becomes a subtle assessment on how satisfied you are with your own accomplishments. 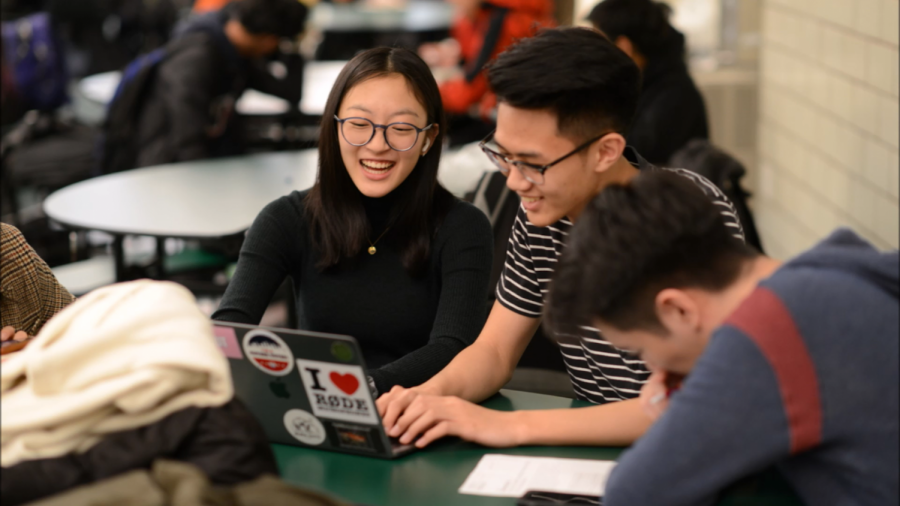 Conversations are the most valuable aspect of having a social network. The Bronx Science cafeteria serves as a gold mine of gatherings where students learn to constantly question, wonder, and balance perspectives (not currently, due to the ongoing Coronavirus pandemic).

As the floor jolted and the sound of overlapped conversations filled the silence, I sat in the familiarity of a subway car. Perhaps what was foreign, however, was a controversial perspective I overheard.

“I think I need to wake up two hours earlier from now on. I need to get more things done in a day,” said a middle-aged man wearing a rather curious expression.

His friend, I presume, asked “why?” to which I heard no reply, but witnessed a responding shrug. “You have better time-management than anyone else I know- your productivity is off the charts. Why more?”

“I feel like I could always be working on myself.”

With a chuckle, the friend replied, “I don’t think there’s any more leveling-up you can do. Might just be downhill from here.”

Following the conversation, I immediately felt positioned in the midst of this conflict between appreciation and dissatisfaction. The stranger mirrored my own desires, as I too aspired to reach this ‘next level’ of achievement, even if it is an illusory idea that I made up in my head. Although the comment might have been a lighthearted attempt at lifting the mood, the stranger spotlighted a psychological acknowledgement of inevitable personal discontent.

Perhaps I am overstepping with the analysis piled on the eavesdropping, but there was something interesting about both these men that piqued my interest, given the conversation’s complexity. The first man embodied an elaborate need to constantly pursue something more, which thanks to his friend’s critique, shed light on an unconscious prevention of self-appreciation. The friend, however, did not seem to have been coming from a place of criticism. His “why” questioning stemmed from genuine curiosity, which stirred the familiar self-work mentality to almost pose itself as idiosyncrasy. Could it be true that the idea of betterment is the enemy of actual progress?

Honing in on our Bronx Science community, an environment renowned for setting curiosity and wonder on a pedestal, it is unsurprisingly common to marvel at natural interrogation. Asking “why” towards the simplest events started off as an annoying attention magnet while we were toddlers, but strikingly evolved into an evaluation of who we are. “There’s a safe and smart limit to questioning before it gets out of hand. I appreciate curiosity because no matter how simple, answers provide ease for things I initially felt were out of my control,” said Ruhika Ponda ’21. When asking how something came to be, you may not just be curious, but to an extent also dissatisfied with your current knowledge or stance — a position of aspiring to know more and do more. Gerald Deng ’21 may have put it best when he said, “the question ‘why’ is a never-ending cycle that cannot fully satisfy, yet provides a comfort mechanism in a world of challenging honesty.” With that, “why” invites new perspectives that push individuals to unique limits, similar to the impact of the train ride conversation.

In the context of the stranger’s self-quarrel with attempting to be his ‘best self,’ I redirected this conflict to hear from Bronx Science students. When asked whether they sided with the stranger’s friend, believing that a constant push towards individual evolving is less beneficial than you think, there was a rough 50/50 split in opinions. Representing one end of the spectrum, Terell Merrit ’14 said, “Settling is never good. We can always improve and being better sets you up for the future.” On the other hand, we have Tajwar Rahman ’21, who said, “You will always innately be striving for something bigger, so step out of that mentality every now and then and admire how far you’ve come. While good doesn’t equal the best, it’s fair enough for good to be your best.”

Jennifer Hecht, a philosopher who studies the history of happiness, proposes that the reason we find ourselves inconsistently satisfied with ourselves is because there are different types of happiness that are not necessarily complementary. In her book, The Happiness Myth, she argues that some types of happiness may even conflict with one another, which consequently undermines our ability to be perfectly content. However, this surfaced a need to redirect efforts towards studying the importance of reaching one’s innate potential and creating meaning in life, despite the biological challenges of reaching existential happiness. In this pursuit, psychologist Martin Seligman led the positive psychology movement which encouraged the publishing of hundreds of books and studies with the goal of increasing well-being and helping people lead more satisfying lives.

At first, “more” might mean to win another championship, to score a higher grade, or to not sleep through an alarm. The truth of the matter is, however, that “more” may set the bar unreasonably high in respect to the satisfaction that you desire to achieve. A cohesive group of hardworking individuals begins to fray as they fail to meet their rising standards despite the golden realization: human nature will always be greedy for further self-betterment.

Consider life as an economy, where satisfaction is scarce and you must choose what you are willing to trade and challenge based on what you value. While it is always a great idea to push yourself to exceed your standards, you should never deprive yourself of the chance to look back and gaze with pride. Beyond all, do not shy away from curiosity or wonder. It is the random questioning that spotlights the most intellectual and thought-provoking conversations, just like the one I overhead on the train.
“You will always innately be striving for something bigger, so step out of that mentality every now and then and admire how far you’ve come. While good doesn’t equal the best, it’s fair enough for good to be your best,” said Tajwar Rahman ’21.