The Trailblazers Who Preceded the Pioneer, Kamala Harris

Kamala Harris’s Secret Service code name, Pioneer, is fitting for the 56-year-old vice president-elect. When celebrating Harris’s groundbreaking accomplishments, however, it is essential to acknowledge the trailblazers who paved the way. 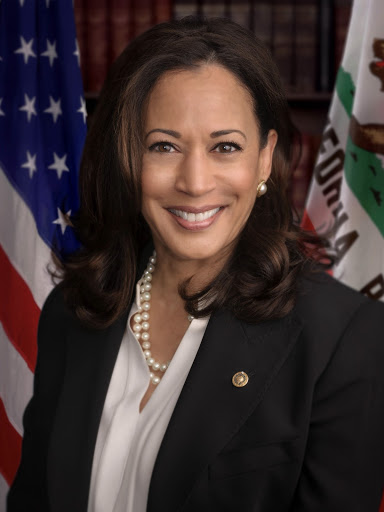 Less than twenty minutes after it was announced, I scrambled to text my mom. “Biden picked Kamala Harris for Vice-President!!!!” I wrote, ending the statement with the much required four exclamation points. My mom’s reply of “Nice,” though excited, was a tad more calm.

What occurred on August 11th, 2020 was, at the very least, “nice.” California senator Kamala Devi Harris became the first Black and the first South Asian woman to run as Vice President on a major party ticket, adding to an already historic career.

After graduating from Howard University, a historically Black university (HBCU), in 1986, and the University of California, Hastings, College of the Law in 1989, Kamala Harris began her legal career, working as a prosecutor in the Alameda County’s District Attorney’s Office. She served until 2003, the year she became the District Attorney of San Francisco.

In 2010, Harris garnered considerable media attention by becoming the first Black person and the first woman to be elected California’s Attorney General. Seven years later, she secured her seat on Capitol Hill as the second Black woman to ever serve in the U.S. Senate. This January 20th, 2021, Harris will once again make history by becoming America’s first Black, first South-Asian, and first woman Vice President, an accomplishment that cannot be understated. “Her victory means that another barrier has been broken down; another woman is in a position of immense power. We are being seen less as accessories to men and more as intellectual equals,” said Glory Alagor ’21.

To understand the immensity of Harris’s political breakthroughs, it is helpful to analyze the context within which she was born. Harris was born on October 20th, 1964, in Oakland, California, to Shyamala and Donald Harris. Three months before her birth, on July 2nd, 1964, President Lyndon B. Johnson signed the Civil Rights Act, legislation that banned racial discrimination and racial segregation in public places.

It is also crucial to remember the Black women who paved the way. In 1952, twelve years before Kamala Harris was born and thirteen years before the Voting Rights Act was passed, Charlotta Bass became the first Black woman to run for the Vice Presidency. Although the occasion was monumental, it was not the first glass ceiling that Bass shattered.

When the original owner of the West Coast’s oldest Black-owned newspaper, The California Owl, passed away in 1912, Charlotta Bass became the first Black woman to own and operate a newspaper. After renaming the paper The California Eagle, Bass and her husband bravely used the platform to raise awareness about issues such as police brutality, restrictive housing, and the KKK.

With the slogan “Win or Lose, We Win By Raising the Issues,” Bass’s run for the Vice Presidency in 1952 was also geared towards raising awareness on issues plaguing Black communities. Although Bass and her running mate, Vincent Hallinan, only raised 140,000 votes, their run was “historic for myself, for my people, for all women,” as Bass acknowledged. For the first time in American history, a political party chose an African American woman “for the second-highest office in the land.”

Sixteen years after Bass’s run for the Vice Presidency and just a year before her death, Shirley Chisholm transcended barriers by becoming the first Black woman to serve in Congress. Chisholm, the daughter of Caribbean immigrants, was born in 1924 in Brooklyn, New York. After obtaining a B.A. from Brooklyn College and a master’s degree from Columbia, Chisholm worked as a nursery school teacher and was an active participant in the political sphere through her membership in local chapters of the League of Women Voters, the NAACP, the Urban League, and the Democratic Party club.

In 1968, Chisholm made history as the first Black woman elected to the House of Representatives. From 1968 to 1983, Chisholm represented New York’s 12th congressional district. Calling for an end to the Vietnam War and advocating for women’s rights, civil rights, and for the working class, Chisholm earned the title ‘Fighting Shirley.’

In addition to fighting for her beliefs during her seven terms in office, Chisholm also became the first Black woman to run for the presidency in 1972. Although confronted with sexism throughout her campaign (she was prohibited from televised debates and was only allowed to give one speech after resorting to legal action), Chisholm was able to garner considerable support among young voters, women, and minorities who followed the ‘Chisholm Trail.’ During the Democratic National Convention of 1972, she managed to obtain 10% of delegates’ votes. Given all that she encountered, this was a sizable feat.

After retiring from Congress in 1983 following her seventh term, Chisholm co-founded the National Political Congress of Black Women and taught at Mount Holyoke College. Although she was offered the role of U.S. Ambassador to Jamaica in 1993, she declined due to health reasons. On January 1, 2005, Chisholm died. She is now remembered as she wished to be remembered, “as a woman … who dared to be a catalyst of change.”

While Chisholm became the first Black woman to serve in the House of Representatives in 1968, a Black woman did not hold a seat in the Senate until 1993. In 1993, when Harris was already 29 years old and working as a prosecutor in the Alameda County’s District Attorney’s Office, Carol Moseley Braun became Illinois’ senator, defeating Richard Williamson by capturing 53% of the vote.

Like Kamala Harris, Carol Moseley Braun worked as a prosecutor after graduating from law school. In 1978, she was elected into the Illinois House of Representatives and served for 10 years. After determining that the Senate “absolutely needed a healthy dose of democracy,” and refusing to allow “millionaire white males over the age of 50” to represent the entire country, Moseley Braun decided to run in the 1992 election. When she won the election, Moseley Braun became the second Black senator to serve in Congress since the Reconstruction Era. She acknowledged what her victory meant for the nation when she said, “I cannot escape the fact that I come to the Senate as a symbol of hope and change. Nor would I want to, because my presence in and of itself will change the U.S. Senate.”

During her term in office, Moseley Braun spoke out on civil rights issues and worked to pass legislation that dealt with crime, education, and families. She helped reform pension laws to better benefit divorced women and widows, and sponsored the creation of the Sacagawea coin and a National Park Service initiative meant to preserve parts of the Underground Railroad.

Moseley Braun’s Senate career ended in 1998, however, when she lost her seat to Republican Peter Fitzgerald. She went on to serve as the U.S. Ambassador to New Zealand from 1999 to 2001. While serving, Moseley Braun ran for president in 2000, becoming the second Black woman to run for office, with the first being Shirley Chisholm who ran 28 years before. After losing in 2000, Moseley Braun ran again in 2004 but ultimately did not receive the Democratic nomination.