The Rise of Independent Media 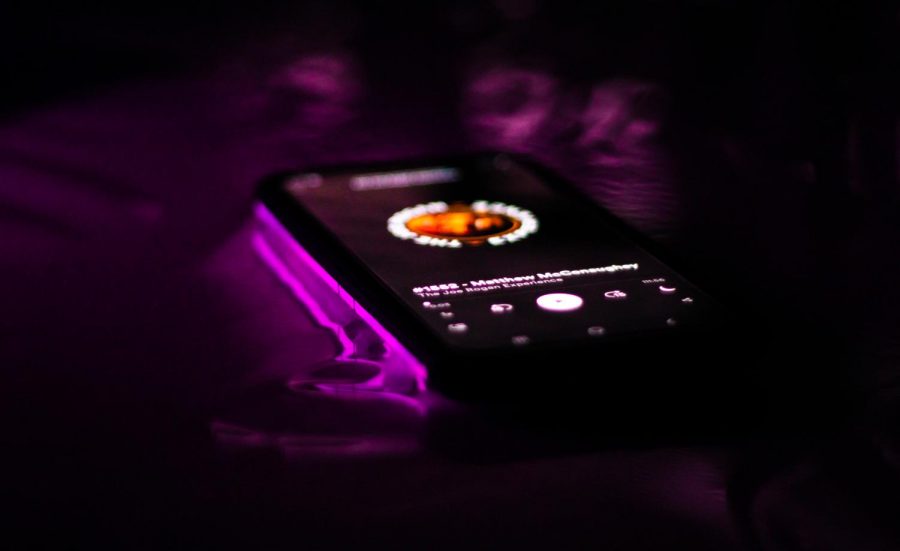 The Joe Rogan experience is one of the most popular podcasts in the world.

The mainstream media has become a point of great controversy over the past four years, in part due to President Trump’s war on major media outlets, his common use of the term ‘fake news,’ and the mainstream media’s many controversies.  In the wake of this, an increasing number of Americans, both left and right, are turning to alternative and more independent forms of media.

The mainstream media’s corporate facade of accuracy has aroused scathing criticism from both political parties. While they often do report factually, an increasing number of Americans are growing disillusioned with what were once long-standing national institutions.  Their criticisms of Donald Trump have brought retribution from his supporters, while their corporate interests are no friend to growing populism in the United States.   Despite the fact that well respected mainstream media outlets, such as The New York Times or The Wall Street Journal, continually practice very reliable reporting, leading media outlets have only seen their credibility ratings drop by 16 points since 2016.  Trust in the mass media is down to 41%, as of a Gallup poll conducted in September 2019.   “The mainstream media for the most part is credible, and they are mainstream for a reason,” said Caleb Yam ’21. “But the reinforcement of corporate interests and the focus on pundits rather than on actual facts or active discourse does more harm than good in the long run.”

Independent media, particularly in the form of podcasts and news shows, has seen its moment.  According to Pew Research, 24% of Americans have listened to a podcast in the last month alone, or nearly 80 million people.  Podcasts present independent and reliable news without corporate or false unbiased reporting.  Like radio shows, podcasts allow people to save time by tuning in whenever they wish — while driving a car, walking around, or working out.  They present stories, events, and interviews from diverse perspectives, with figures such as Joe Rogan, whose world-famous podcast garners over ten million downloads per episode and features prominent figures from all walks of life, virtually becoming a new mainstream media, albeit far more reliable and entertaining.  And while certainly not limited to politics — crime, financial, and self-help podcasts are among the top genres — podcasts have without a doubt shaped our modern political world.

In the aftermath of the 2016 election, a new era of “cancel culture” and outrage swept across college campuses, along with new conservative and left-wing movements.  In addition to contributing to the ever-increasing polarization of American political discourse, many on the center and right felt alienated, as healthy discourse and conversation became nigh-impossible.  Such outrage, however, was not directed at any particular ideology; indeed, even those on the left were subjected to mob justice at the first sign of dissent.  For example, Bret Weinstein, a biologist from Evergreen State University, was protested against by student groups and activists for the radical sin of opposing segregation and identity politics from far-left groups on college campuses.  Along with a slew of other controversies, a national conversation around free speech and the push for a free marketplace of ideas birthed what became known as the Intellectual Dark Web (IDW).

The rise of IDW sparked an increasing shift toward independent media, especially in the form of podcasts. Offering long, in-depth dialogue with those who hold a wide range of political views as well as cultural analysis and general news, the IDW’s members range from left-leaning to conservative in their views.  Major figures are counted in their ranks – right-wing commentators Ben Shapiro and Dave Rubin, intellectuals Jonathan Haidt and Steven Pinker, psychologist Jordan Peterson, neuroscientist Sam Harris and the aforementioned Joe Rogan, to name a few. As former New York Times editor Bari Weiss puts it in her 2018 New York Times article, “There are fundamental biological differences between men and women. Free speech is under siege. Identity politics is a toxic ideology that is tearing American society apart.”  The classic Voltaire quote, “I may not agree with what you say, but I will fight to the death for your right to say it,” has all but been ignored in favor of outrage culture and pseudo-activism.  In a world of extreme political polarization, unreliable media and shift away from free speech, the IDW offers millions the space to respectfully discuss opposing views and challenge their beliefs.

Conservative media has been among the biggest beneficiaries of this movement.  Building upon traditional conservative talk, right-wing pundits capitalized on the backlash toward outrage culture, viewing current institutions as being monopolized by liberals and leftists, a view shared by 78% of self described conservatives.   Irreverent, biting, and sometimes provocative, right-wing independent media is characterized by a commitment to a modernized version of conservatism and a fight against censorship.   Shapiro’s daily podcast, The Ben Shapiro Show is a regular news source for young conservatives, offering conservative takes on major headlines and interviewing major figures in the political world, including Jared Kushner, Vice President Pence and podcaster Tim Pool.  His influence extends beyond politics, becoming an integral part of meme culture and an Internet celebrity in his own right   Canadian comedian Steven Crowder, with over five million subscribers on Youtube, challenges traditionally liberal late night shows, and is particularly known for his Change My Mind series, engaging students on campus in open dialogue.  These are only a few of the many figures on the right, and in a liberal dominated world, independent right-wing media will pave a path for the future of conservatism.

However, this shift toward independent media, podcasts, and news has not been monopolized by the right, but instead has also led to a resurgence in leftist media. The longest running progressive political talk show in the world, The Young Turks, garners millions of views daily while names such as David Pakman, Kyle Kulinski, and the late Michael Brooks offer a fresh perspective on modern politics from a social-democratic or democratic socialist perspective.  Publications like Jacobin, Current Affairs, and The Intercept offer beautiful magazine covers for a more radical audience, and are vital pieces of reading for the New Left.  Chapo Trap House offers a comedic take on radical and socialist politics, eschewing civility in favor of vulgar and jarring language  In contrast to the mainstream’s media facade of supporting progressive causes while simultaneously shilling for the Democratic establishment, the New Left is unapologetically left-wing, bashing our current economic system and criticizing both the Republican and Democratic parties.  While their views on issues, especially economic ones ,are certainly controversial and perhaps incorrect, the work of independent leftist media is most certainly important — or even essential — for modern political discourse in an age of polarization and diverse ideological standings.