Capitalism Has Failed Us In Its Condemnation of Climate Change

In a burning world, it becomes urgent to identify the flame. 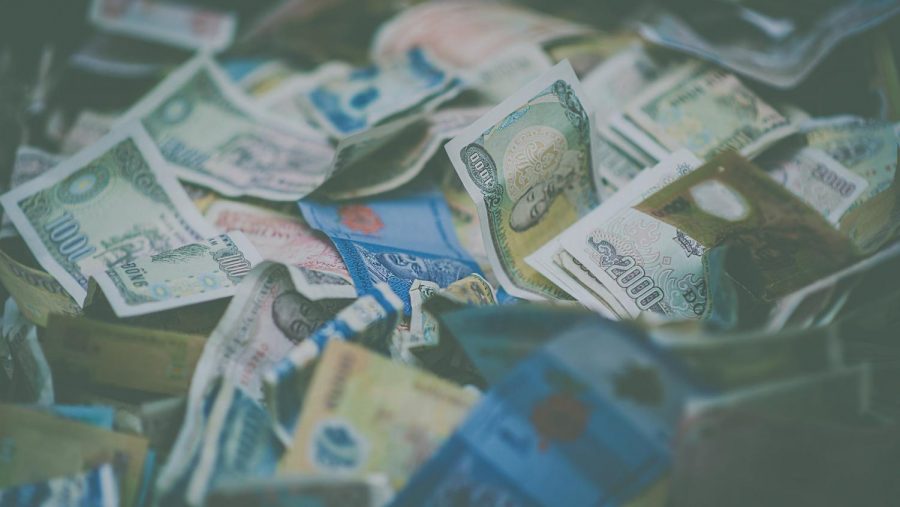 As we march through the twenty-first century, one thing is evident; the Earth is, metaphorically and literally, in flames. Global temperatures are rising unhealthily, biodiversity rates are crashing, forests are being wiped off maps, and ice caps are melting beyond repair. Capitalism, through the pursuit of infinite growth, has attempted to simply ignore the inescapable reality of finite resources, condemning the human race in the process. The unsustainable use of resources is predominantly done in the name of profit and wealth, constructs that will mean little when we ultimately arrive at the environmental tipping point that we are en route to reaching. We find ourselves on a metaphorical train, steaming towards the sheer precipice of irreversible natural disaster, and we must not simply slow the locomotive down but stop it entirely. We owe it not only to ourselves but to our future generations to seize control of our future, wrenching it away from the hands of capitalism and its agents.

The free market to which we are told to surrender our lives to, heralded as the ultimate truth, the invisible hand which we are told will guide our nations and communities to prosperity, is now once again paraded as the champion of humanity — while being the driving force behind one of the greatest threats humanity has ever faced as a whole. When the stock markets soar while ordinary Americans struggle with hunger, our GDP rises while wages stagnate, we pass $700 billion military budgets while struggling with domestic issues unsolvable by an inflated military, and we continue to betray the land that we have as a country lived on for the last three centuries in order to satisfy corporate greed both domestically and abroad. We are told that the system is simply broken and needs to be fixed, but capitalism is not broken. Rather, it is functioning as intended. The economic, social, and political system centered around the infinite growth of wealth in the hands of the few is doing exactly that, prioritizing profit and greed above humanity itself.

Climate change was not something new, or even surprising, as we entered the twenty-first century, and to the free market, even less so. By as early as 1968, a report produced for the American Petroleum Institute by scientists Elmer Robinson and R.C. Robbins brought forth to light the fact that the rising levels of carbon in the atmosphere did not align with the fossil fuel emanation theory (which argues that oil and gas deposits are abiotic and were formed within the Earth’s crust, not fossil fuels), but also argued that rising levels of carbon would bring with it melting ice caps, rising sea levels, changes in fish distributions, and other consequences which we are experiencing today. By the late 1970s, Exxon scientists had begun providing the corporation with information as detailed as it was concerning, with Exxon’s Products Research Division putting forth conclusions that human-caused emissions would raise global temperatures and result in serious consequences. This information would be made known to many major fossil fuel companies, including Exxon, Mobil, Amoco, Phillips, Texaco, Shell, Sunoco, Sohio, and Chevron.

By the 1980s, these cautionary warnings became serious concerns, as Exxon’s Environmental Affairs Programs manager M.B. Glaser warned Exxon management of the “potentially catastrophic events” that would result in the continued use of fossil fuels. The following year, Exxon slashed funding for its climate research from $900,000 to $150,000, even though it had a research budget of $600 million. In 1989, Exxon and other fossil fuel companies formed the Global Climate Coalition, an organization created to oppose mandatory reductions in carbon emissions and general restrictions in the fossil fuel industry by sabotaging the scientific understanding of fossil fuels’ impact on climate change. This proved to be a successful endeavor for the companies, as a scientist on Exxon’s payroll convinced the United Nations Intergovernmental Panel on Climate Change (IPCC) to not follow through with a call for a reduction of 60 to 80 percent of global carbon emissions in the following year, 1989.

By 1992, Exxon became a member of the American Legislative Exchange Council, an organization created to undermine action on climate change at federal and state levels, while at the same time around 1995, the Global Climate Coalition received an internal memo distributed by its own scientists on the impact of human emissions of greenhouse gases, describing how the human impact on climate change is “well established and cannot be denied.” Yet of course, two years later at the 15th World Petroleum Congress, Exxon CEO proclaimed how the world’s climate was not changing, and that fossil fuels would have nothing to do with it, regardless.

The patterns shown in this span of thirty years only worsen in the following two decades, with Exxon and the rest of the fossil fuel industry, increasingly aware of their participation in what I would call crimes against humanity, doubling down, then tripling down, on their staunch denial of climate change and its consequences, a battle which is still raging today. Exxon alone gave over $30 million to climate change denial groups between 1998-2014. Climate change denial groups and their mentality remain a strong presence today, as conservative and right-wing think tanks and political propaganda machines remain funded by the pockets of those benefiting from the condemnation of humanity to climate change.

The IPCC, an organization formed to tackle climate change through conventional means, has been around since 1988, yet it has not made a deep enough mark to steer us away from disaster. Since its foundation, plenty of other environmental awareness groups have sprung up, pushing for a solution to climate change through the free market and the status quo, and yet we remain in nearly the same economic and political standstill that we were in a decade ago, in a fight where even a year is crucial in toning down the continued pumping of carbon into the atmosphere. Within the following decade the changes will be irreversible, and yet liberals continue to follow the same path they have for the last decade — a path that has resulted in little meaningful change and the continuation of our march towards ecological collapse.

We are told time and time again that what is good for the economy is good for us all; yet time and time again, we are undercut and taken advantage of at every step of the way. This mode of thinking, showcased brilliantly in the COVID-19 pandemic in the United States, as 355,524 Americans have died as of this article’s publication, while billionaires reap over a trillion dollars in profit, is one of the greatest misguidances of the twenty-first century; as the stock market rises and the rich get richer, the average working class American is thrown out of work and into the food bank.

The bulk of the economic growth is accomplished at the expense of the world in which we live, and those who inhabit it. The profits go right back into the pockets of capitalists, while the working class is increasingly robbed of not only their own labor value but also slowly of their own futures. James Paolo Rili, a college student from Vancouver, identified the anarchy of production as what he believed to be the root of the problem. “The anarchy of production leads to overproduction and underconsumption, which puts out a lot of unnecessary stuff. This is not only harmful to the environment, but also the general populace.” Paolo Rili expressed the need to clarify the meaning of ‘general populace’ as that of the whole world, not solely the United States.

It is capitalists who overwhelmingly benefit from continued fracking, slashing rainforests, polluting oceans, and ignoring climate regulations, as to follow the alternative would mean to lose profit; and this profit, done at the expense of humanity, does not go back into humanity, but rather is pumped back into further endeavors of capital, continuously funding and supporting the pursuit of profit over humanity.

And so in order to tackle the continued climate destruction, we must then shift the focus of the world to benefitting society, not the select wealthy. Climate change and its solutions, while rooted in science, are inherently political, with its causes stemming from economic and political ideology. Our greatest obstacles to overcoming climate change are entrenched in our economy and politics. To fight climate change would also require us to fight the cancerous economic and political ideas that propagate and enable it, an effort of immense human cooperation to expunge ourselves of the select few that have seemingly condemned the many. The bourgeois are at the helm of environmental destruction, and the working class has and will bear the brunt of it every step of the way.

We need to take control of our national resources and our global ecosystems, and shield them from the insatiable hunger of capitalism, replacing a society based on accumulation for profit with one based on production for need. This not only aligns with socialist concepts of class struggle, but points towards them as possibly one of the only legitimate solutions. To provide a proper solution to climate change we must cut down on consumption, collect the necessary resources, and exert them towards the betterment of society as a whole, sacrificing temporary growth for long term stability and well being, a plan of action seemingly impossible in the anarchy of production and antithetical to the core values of capitalism.

This herculean effort must be done with a prioritization of humanity, not profit, and led by those who will be making it, the global working class. Capitalism has served its purpose as a bridge from the confines of feudalism and its variants, but it is now time to shed the cancerous tumor it has become before it inevitably kills us. The system and its leaders have failed us, and as our natural world falls apart it becomes increasingly urgent that its tormentor is recognized. This time around we find ourselves not solely fighting for our own lives and those of our comrades, but for the future of humanity as a whole; and slowly but surely, we are running out of time.
To fight climate change would also require us to fight the cancerous economic and political ideas that propagate and enable it, an effort of immense human cooperation to expunge ourselves of the select few that have seemingly condemned the many.