Rather than accept defeat, the outgoing president attempted to cling to his dwindling power for as long as he could. 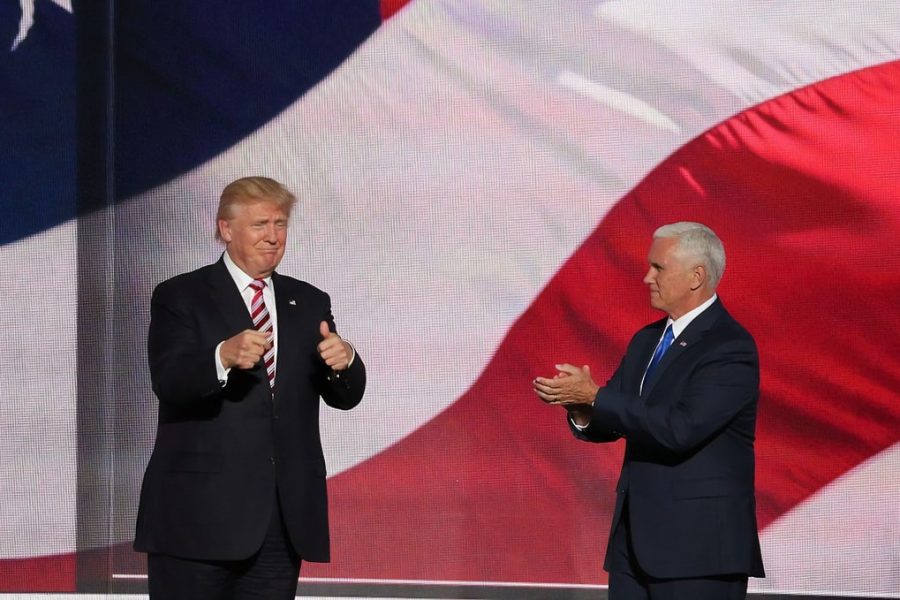 Outgoing President Donald Trump continued to hold political rallies since his election defeat. He used these rallies as a platform to propagate his unfounded claims of election fraud, leading to the storming of the Capitol on January 6th, 2021.

The 2020 election is now over, and the Electoral College has confirmed the results. The Senate has ratified the Electoral College results as well. The American people spoke loud and clear with the power of their vote and denied Donald Trump a second term, electing Joe Biden as the 46th President of the United States. Trump, however, seems to be deaf to the will of the people. While the public has moved on and looked towards the incoming Biden Administration for much-needed guidance and normalcy, President Trump has continuously refused to concede the election since his landslide election defeat in November 2020, until January 7th, 2021, when he finally read a prepared speech that alluded to the new Biden administration without naming it directly.

The act of concession is a presidential tradition and an American standard. It is decent and respectful for a president who has lost an election to concede and to begin the transition process to the incoming administration. Not surprisingly, like many other traditions in this country, Trump decided to toss it to the wayside. For almost two months after the election was called for Joe Biden, Trump still refusing to concede. Only after he incited his followers to riot and storm the Capitol on January 6th, 2021, did Trump finally give a half-hearted concession the next day, probably in the hopes of avoiding removal under the 25th Amendment or impeachment by Congress.

“As expected as it was, I still find it very shocking and disappointing that a sitting U.S. president is undermining the sanctity of our democratic process,” said Ben Zakharov ’21. It seems like the outgoing president will not accept the fact that he was defeated by the man whom he had belittled and underestimated not so long ago. Instead, Trump continues with his desperate attempt to cling to his diminishing presidential power by falsely claiming that widespread election fraud cost him re-election.

In fact, the defiant outgoing president mounted numerous legal challenges in the numerous states that did not cast their electoral votes to him this election. Georgia, Pennsylvania, Wisconsin, Michigan, and Arizona are all swing states that Biden won and flipped blue this election cycle. Trump seemed unable to comprehend this flip and falsely blamed it on fictitious election fraud rather than his own unpopularity in these states. Yet swing states are inherently unpredictable and can vote for either political party — something that Trump has refused to accept. “With these legal challenges, not only did Trump sow distrust in our electoral process, but he incited hate, violence, and further division across the country, which I think we’ll continue to see long after he’s out of office,” Zakharov said. One can make a direct connection between Trump’s false claims of Electoral fraud and the storming of the Capitol by his followers on January 6th, 2021.

As expected, these various legal challenges went absolutely nowhere, as almost all of the cases were thrown out of court for a lack of evidence. Trump’s star legal team, headed by former New York City mayor Rudy Giuliani (now facing disbarment from the New York State Bar Association for his role in instigating the January 6th, 2021 riots), has filed numerous lawsuits since the election ended, with all of them being withdrawn or flat out denied time in court.

Despite his string of embarrassing legal defeats at the hand of Giuliani, the outgoing president is adamant in his claim that the election was rife with voter fraud. Trump and his associates have even brought two cases to the Supreme Court, the highest court in the United States, in a last-ditch effort to change the outcome of the election (it failed as the Supreme Court refused to take up the case). When Trump appointed Judge Amy Coney Barrett to the Supreme Court, he blatantly implied that she would help him to win the election. Trump’s own words at the time were, “This… (the election) will end up in the Supreme Court, and I think it’s very important that we have nine Justices.” Let us just say that this scheme did not go to plan, with the Supreme Court outright rejecting the lawsuits. One Supreme Court Justice aptly stated, “The plaintiff had the chance to make his case and he has lost on the merits.”

It has become apparent over the past four years that Donald Trump cares deeply about loyalty. In his way of thinking, you are either with him or against him. When asked about the ongoing Biden transition, Secretary of State Mike Pompeo stated that he was confident there would be a “smooth transition into a second Trump administration”. Not only is this statement completely false, but it reveals how in denial Trump and his cronies were about the election results until literally a few days ago, almost two months after the election was settled. Mike Pompeo’s response is a clear example of this complete fidelity to Trump. Pompeo is one example of a public servant who has chosen allegiance to Trump over the American people and willfully ignored the truth in order to propagate Trump’s fictitious claims.

Another one of Trump’s loyal associates is Kayleigh McEnany, his White House Press Secretary. Since the election, McEnany has been the face of the Trump administration and its unfounded claims of voter fraud. Bouncing between daily press briefings at the White House and cable news network appearances, she has propagated Trump’s false claims of fraud on numerous media platforms. Through her actions, McEnany has demonstrated an extreme allegiance to Trump, embarrassing herself by ignoring the truth and blatantly lying to the American people in order to help the outgoing president carry out his agenda.

On the other hand, William Barr, Trump’s own appointed Attorney General (until December 23rd, 2020 when he resigned from his position) has recently broken his loyalty to the President. Barr announced publicly in December 2020 that after an extensive Department of Justice investigation into the election, they found no evidence of fraud — a huge blow to the false claims Trump and his campaign were promulgating. This decision reportedly enraged Trump and labeled Barr as disloyal in the eyes of him and his supporters. This is particularly hypocritical, because Barr was very much on Trump’s side on many issues and proved his allegiance to the president many times in the past with his legal actions. Trump’s scheme to overthrow the election results may have crossed the line and been too much for Barr to handle, prompting his resignation. Anyone who refuses to back up Trump’s claims becomes his enemy, and it seems that this is true no matter your position or previous loyalties to the President.

Another loyalist who the President has recently turned on is Georgia Governor Brian Kemp. Trump was integral in getting Kemp elected back in 2018 and has now rescinded his previous endorsement of Kemp due to the fact that he decided to follow the law. As you may know, Georgia went blue during this election cycle, helping Joe Biden to win the presidency and to secure a Senate majority. After executing three recounts in Georgia in order to entertain the president on his claims of fraud, Governor Kemp finally certified the election results of a Biden win. Despite pursuing the recounts, Kemp’s actions upset Trump, making him an enemy in his eyes. Since then, Trump has used his Twitter account (now deactivated) to bash the governor, demonstrating how he has completely turned on his former Gubernatorial ally.