A tiny and nameless neighborhood adjacent to Pelham Bay Park exists in a kind of twilight zone, being considered part of both the Bronx and Pelham Manor; it enjoys special and unfair privileges as a result of its status, most of which are virtually unknown. 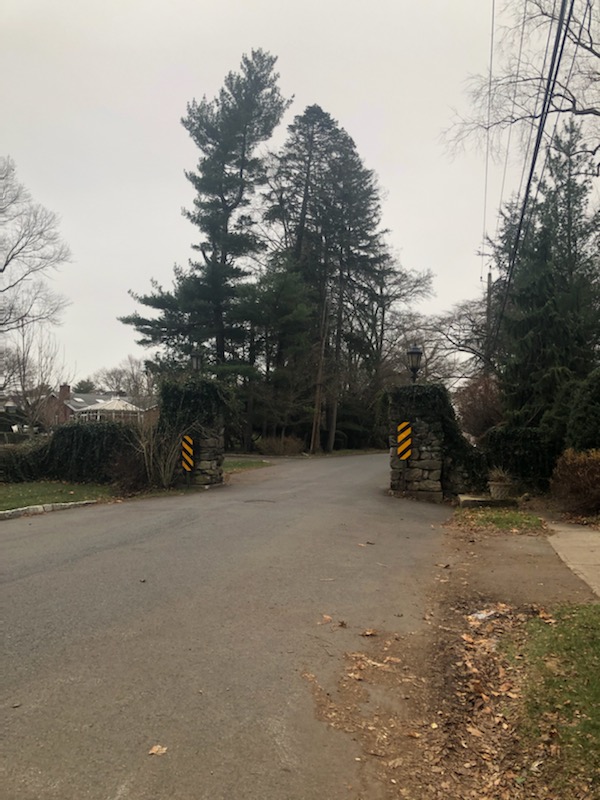 Here is an entrance-point around the secluded area.

The Westchester village of Pelham Manor, known for its ritzy suburban homes, excellent public schools, and consistently high ratings for quality of life, is one of the most expensive communities in the state of New York. The Bronx, on the other hand, encompasses the poorest congressional district in the nation and endures as a symbol of urban decay and poverty in the popular imagination.

Despite the clear disparities between Pelham Manor and the Bronx, they are actually tangential, converging in a four-mile-long border that touches Pelham Bay Park.

The boundary is pretty straightforward. Signs plastered along it clearly demonstrate the delineation, but, like with most boundaries, intricacies exist that do not immediately meet the eye.

For this particular boundary, its most prominent complexity stems from a tiny neighborhood snuggled against its edge. This community has many issues, the most preliminary being that it cannot be properly identified.

Because it has no name.

A number of rumors have surfaced over the years to explain the emergence of this neighborhood. Some speculate that it was created as a result of a mapmaking mistake; others believe that it was the outcome of a forsaken road project.

The obscure origins of this community have translated into its odd present state, where it sits both literally and figuratively on the border between Pelham Manor and the Bronx.

The residents of this neighborhood technically live in the Bronx, and therefore pay relatively low New York City taxes. They can also take advantage of the other benefits granted to New York City inhabitants, such as jobs that require or prioritize city residency.

But because of an agreement between the Bronx and Pelham Manor, the residents of this neighborhood are also able to take advantage of the perks of living in the latter: they can send their children to quality Pelham schools, they are assigned to and can reap the social benefits of Pelham Manor postal code 10803, and they can enjoy the peace of being enclosed in suburbia.

This, of course, does not add up. The low Bronx city taxes that residents of this neighborhood pay do not fund the expensive services that Pelham Manor provides for them.

There is scant information about how this dilemma is resolved when the fundamentals of funding are grappled with. But based on what information does exist, it seems that the Bronx ends up being responsible for picking up the tab when the amounts of cost and cash misalign. This leads to trouble in multiple ways: first, the actual residents can walk away scot-free, savoring the positives of each community to which they belong while avoiding the respective negatives; and second, the Bronx is obligated to pay the bills for the privileged few with money that could be better used improving the lives of those with fewer resources —  of which there are many.

Because the neighborhood only contains thirty-five homes, the immense and unfair blessings bestowed upon it are generally unknown. And this reality is exacerbated and arguably caused by its lack of a name. One is needed for this reason.

A good place to start in the search for a neighborhood name could be with nicknames that locals have given it. One is “No Man’s Land,” a dramatic reference to the blurry nature of this community. Another is “Politician’s Row,” a name that highlights and provides a subtle dig at the unusual concentration of past and present Bronx politicians in the area.

Names could also be sourced from other aspects of the community. The natural beauty of the area could serve as inspiration. So could its small size.

Problems cannot be solved unless they can be identified. This neighborhood needs a name.

Because the neighborhood only contains thirty-five homes, the immense and unfair blessings bestowed upon it are generally unknown. And this reality is exacerbated and arguably caused by its lack of a name. One is needed for this reason.