Climate Change and the Coronavirus

The link between the COVID-19 Pandemic and climate change. 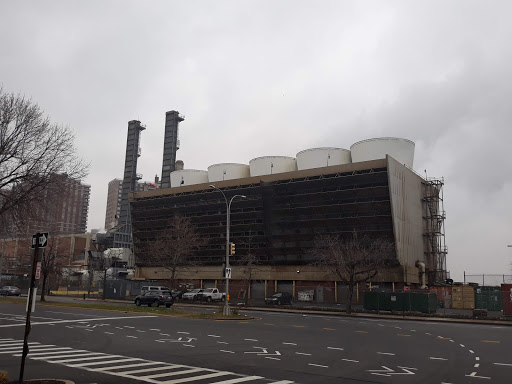 Riverbay Cogeneration Plant provides energy to Co-op City’s some 50,000 residents via the burning of fossil fuels. It is located just off the center of one of the Co-ops.

With the Coronavirus pandemic that began in March 2020, many major events and activities that would usually take place have been put on pause during the past year. Large gatherings were banned out of necessity, schools and workplaces were shut down in person and moved to virtual learning and working, and travel plummeted. With risk of COVID-19 exposure now involved in travel, whether it is to and from their jobs or for vacation, the streets of New York City were barren, the canals of Venice empty, and the skies above the world were silent. The Coronavirus pandemic has seemingly brought the world to a standstill.

Fewer cars on the street, fewer planes in the skies, and fewer boats in the water mean a few things. Of course, it means that the worldwide economy is slowed, but it also means that the environment has experienced a brief moment of healing. Animals journeyed into cities like never before, and the waters of the Hudson River have become clearer than most of us have seen in our lifetimes. In early December 2020, the waters were so clean and fish so plentiful, that a humpback whale was seen spouting in the Hudson River.

These changes came quickly and silently. CO2 emissions are currently at an all-time low, thanks to the lack of driving and air travel. But that is not the whole picture of the truth. Emissions may be down, but only by 4-8%. That is nowhere near the massive change that we as a species need to bring about in order to mitigate climate change.

A complete cessation of individual CO2 emissions cannot stop the ongoing climate crisis. The activities of the individual pale in comparison to the actions of massive companies when it comes to the emissions of greenhouse gases that are pumped into the atmosphere every day.

Private corporations’ contributions to CO2 emissions from their production of goods and the collection of raw materials for said goods are estimated at well over half of total yearly emissions. Energy production, at least in the United States, makes up less than a quarter of total yearly emissions. This energy is generally the way individuals contribute to climate change, such as the driving of cars and living in homes with electricity.

Estimates of global carbon dioxide emissions each year are in the realm of 32 billion metric tons. Society needs to reduce emissions by 55% by 2030 in order to limit the catastrophic effects of climate change.

America has seen firsthand the impacts of global warming. Tens of thousands have been forced to evacuate from California due to wildfires. 4.7 million acres of forest have burned down this year alone. Smoke made the skies over San Francisco red and clouds black.

While flames burned throughout the West Coast, the East Coast saw the most expensive hurricane season ever. Forty billion dollars worth of damages were lost in damages across the east coast, and hundreds of lives were taken by the storms.

Damages and deaths due to climate change draw funding away from equally important issues, such as healthcare and housing, the former of which has shown to be even more critical in the times of Coronavirus.

The Climate Crisis is not a far off crisis. It is happening around us with each passing day, and action must be taken to ensure our survival.

Only last year was climate change and climate activism at the forefront of political thought. In September of 2019, roughly 6 million people worldwide held a protest to raise awareness of the dangers of global warming and the risk climate change poses to the lives of billions around the world.

However, as the 2021 begins, we have seen a significant lack of meaningful change. The United States, the second largest contributor to carbon emissions and contributor to over a quarter of all greenhouse emissions throughout history, left the Paris climate agreement. Energy demand around the world has skyrocketed, made only worse by the COVID-19 pandemic, and with a lack of clean energy infrastructure, that energy was produced by the burning of fossil fuels.

Those in power listened when it proved to be fashionable, rather than listening when it was necessary. COVID-19 has come and taken up the concerns of all politicians around the world, reasonably so. But they often fail to see the connection between climate change and everything else around them.

Deadly air in the world’s cities, a result of pollution and fossil fuel burning, was already a leading cause of death, directly contributing to 4.6 million deaths globally and countless more respiratory afflictions. Now we face a respiratory disease, COVID-19, that has killed 1.6 million in less than a year. Air pollution makes an already deadly disease ever more lethal.

Increased temperatures worldwide have made other diseases spread far more easily, through more humid summers and wetter winters. Moisture and heat are some of the most important factors in the spread of any disease, and Covid-19 is no different.

Non-air pollution also contributes to the spread of disease. Unclean water for hospital patients around the world and hot, humid days allows for COVID-19 to circulate in the air for far longer than it would otherwise.

As climate change plays into the Coronavirus pandemic, so does the pandemic play into global warming and pollution. Over 1.5 billion disposable masks litter the waters and lands of the planet. The production of the single-use plastics that make up most masks has contributed heavily to global emissions in 2020.

But today’s youth continue to fight on when the government and the world at large fail to do so. Climate activism, living a life with a smaller carbon footprint, and reusing all we can, are some of the ways we try to help the world on an individual level. Changes big and small, from taking public transportation to wearing clothing made from recycled materials, are the ways that individuals can help in the battle against climate change.

Education on climate change, how our daily activities contribute to it, and how the activities of the world at large work to worsen carbon dioxide emissions are all necessities needed in order to combat the current climate crisis. We, as a society, must never forget that significant change is needed. In the meantime, everyday citizens must do what they can.

The future of the world is in the hands of the younger generations of today’s society. It is our future for which we fight.
We, as a society, must never forget that significant change is needed.