Do Not Just Vote When It Is Trendy To Do So

Voters showed up for the 2020 presidential election. Will they do the same for local and midterm elections? 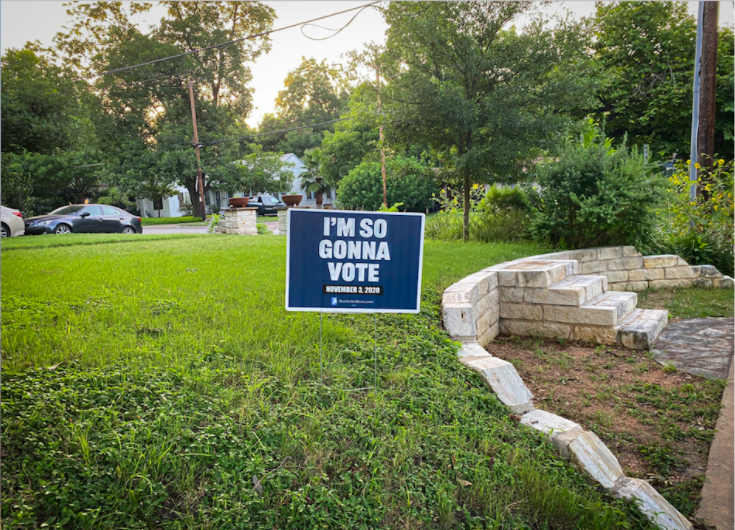 While many voters were eager to cast a ballot during the 2020 presidential election, how will this excitement hold up in coming local elections?

The 2020 presidential election was as big of an event for the candidates as it was for voters. President-elect Biden holds the record for the most votes in the history of the United States, with over 80,000,000 blue ballots cast. The American people had something to say during this election, regardless of what side they were on, showing a level of political activism that simply has not been seen in years.

While there is an argument to be made for the increase in voting being the product of our heavily divided country where party-politics reign, at the end of the day, a politically active society is an educated one. As citizens engage in civil discourse and remain updated on the news, they are also more capable of inspiring change and holding incumbents accountable. After the whirlwind of a presidency that we have had for the last four years, it is due time that political parties are not fanbases for their candidates of choice.

After the immense momentum that this last election garnered, how do we keep the ball rolling? Will voters continue to show up to polls, even when they are not stirred from the excitement of a national election?

Historically, voters become political activists during the big presidential election, and then magically disappear from the polls for the next four years. Local elections, however, are just as important, concerning voters in a more individual way — but much of the American public does not share this sentiment.

Take Philadelphia, where the situation has become so dire that to incentivize people to vote in local elections, anyone who casts a ballot has their name entered into a $10,000 lottery. Pennsylvanian voters in the presidential election, on the other hand, were very passionate, with about 71% of eligible voters participating.

Why do people not care more about local elections? Surely, we can blame it on a lack of publicity compared to the presidential election, but at the end of the day, voting is not only a privilege — for those who are eligible, it is a responsibility. That responsibility is even greater in a local election, where a smaller pool of voters means every vote holds greater weight; a handful of votes can alter an election that concerns only several thousand residents.

This year, New York City will be witnessing a major change through a local election — a new mayor. While some may just view Mayor de Blasio as the person who decides whether or not students have snow days, the mayoral seat is an important role in our city as the manager of all other public departments.

While de Blasio may feel like a mainstay in New York City, he is ineligible to run for mayor again, as he has already served two terms. De Blasio was not a highly favored candidate, however — only 8.5% of all New Yorkers voted for him in the last election. New Yorkers need to do better this November 2021. The new mayor of New York is coming in at a tumultuous time, and this new mayor will be capable of shaping the culture and climate of New York in the coming years, making it prudent that voters acquaint themselves with the candidates.

The nation looked to youth voters during the presidential election, as they made headlines for their dedicated campaigning on social media urging youth to register to vote and understand the power of their voices. Chloe Sears, a sophomore at the University of California at Santa Cruz, was part of the many youth activists pushing voter registration as a social media manager for Advocasea, a youth ocean conservation group. She said, “I couldn’t wait to get involved in this project because I wanted to get involved to help teens see just how simple it is to register to vote. I think people our age often don’t vote because they think it’s hard, scary, and complicated, but it’s not!” Sears was clearly successful, as over 50% of eligible youth voted, according to research from Tufts University’s CIRCLE project.

In typical local elections, the biggest voting population is 65+, higher-income, high-school educated white Americans. Will youth voters be able to diversify the vote, and thus elect officials that better represent our nation? Gen Z and Millenials have shown that they are passionate about fighting for issues like climate change and racial injustice, both of which can be addressed by electing local officials.

In any given city, there are a plethora of people outside of the mayor who are crucial to more specific departments, such as education and criminal justice. To learn more about the different roles in a local office, click here.

The elections following the milestone that has been the 2020 presidential election will reveal the depth of citizen’s passion for politics. Was it all for show, only a moment of unification because of the hype? Or will political activism become more deeply rooted in our country? The answer lies in your hands.
Historically, voters become political activists during the big presidential election, and then magically disappear from the polls for the next four years. Local elections, however, are just as important, concerning voters in a more individual way – but much of the American public does not share this sentiment.