New York City is rather lively for a "ghost town"; even the Coronavirus pandemic cannon crush this city’s spirit. 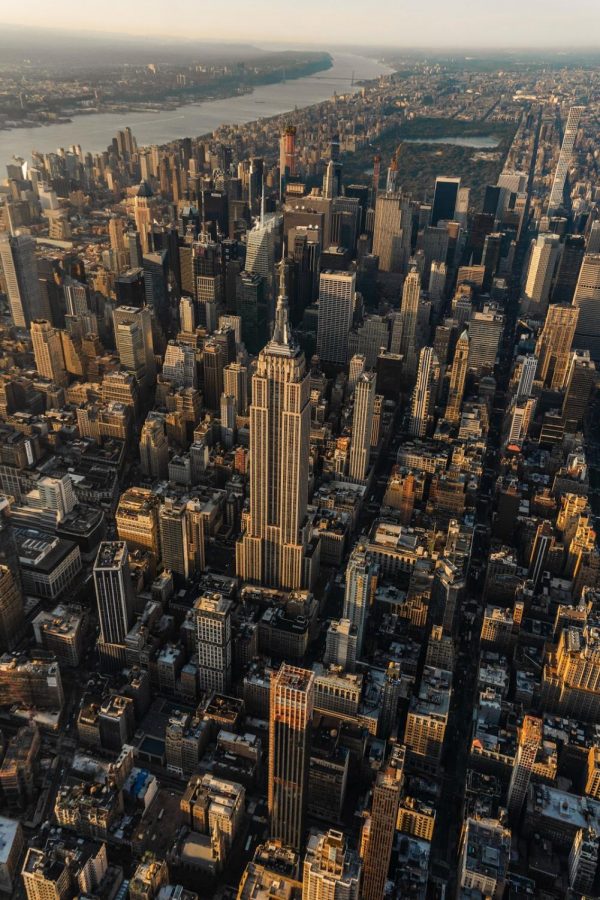 “The people of the city are what make New York City so great. The unique culture of our city is a result of its inhabitants, and so as long as we are still here, then New York City is not dying any time soon,” said Kate Reynolds '21.

New York City. The city of dreams, the city that never sleeps. Is it now a ghost of itself in the face of many challenges caused by COVID-19? President Trump agrees, but New Yorkers do not.

New York City is a cultural hub and a popular tourist destination. People from all over the world come to see the famous skyscrapers, the Broadway plays, and the Statue of Liberty. But for New Yorkers, the city is much more than these iconic attractions. New York City is diverse in every way; it is filled with people of all races, who work in almost every profession imaginable, who live in various vibrant neighborhoods, and who go to restaurants that represent dozens of cultures. It is truly unique, with a sense of energy that is sometimes overwhelming but almost always invigorating.

Growing up in the city has made me independent, starting from a young age. I took my first parent-free subway ride in sixth grade. I successfully gave my first directions to a lost tourist in seventh grade. I hailed my first cab in eighth grade. Kate Reynolds ’21 shares a similar sentiment. “Being from New York City means being independent, being willing to take risks, and being always eager to try new things,” Reynolds said.

For many people, living in New York City is a source of pride and inspiration. The bustle and excitement here is unique. New Yorkers seem to have an understanding of one another, a mutual respect resulting from their shared vibrant home.

But when COVID-19 arrived in March of 2020, it seemed to transform the city and the people within it. What happened to the inspiring bustle? The shared sense of community?

Currently, New York is the state with the largest number of COVID-19 cases in the country, with New York City alone having over 467,000 cases. COVID-19 has devastated the city economically — and many would argue culturally as well. In the first presidential debate, Trump described New York City as a “ghost town.” He said, “It’s dying, everyone’s leaving New York.” Sadly, there is some truth to his statement. Hundreds of thousands of people have left the city since the COVID-19 outbreak, some in an attempt to escape the virus, but most due to financial hardship and unemployment resulting from the pandemic. The New York Times has predicted that it will take New York until 2025 to recover all the economic losses suffered during the pandemic, approximately two years longer than the rest of the country.

The city started to resemble this “ghost town” by mid-March 2020. Everything seemed fine, and then suddenly, over a period of only a week or two, more and more people began getting sick, schools closed, and the city felt deserted.

“Times Square, a staple of the once great city (although not necessarily to its inhabitants) was empty. I walked to my mom’s office in Midtown only to see stores boarded up, streets with no people, and a lively city gone,” said Amalia El Nems ’21. “I will always remember that day.”

Reynolds shares a similar jarring experience. “One of my most vivid memories from quarantine is going for a walk in Central Park with my mom in April 2020, and we passed by the fields in Central Park where there were makeshift hospitals set up since the regular hospitals were overcrowded. Seeing medical tents, ambulances, and doctors clothed in head-to-toe protective equipment was really jarring, since it was in the middle of fields where I used to play as a kid,” Reynolds said.

She continues, explaining what that moment signified. “I really saw how much this pandemic was affecting New York and how tragic of an impact it had. That was a really weird and off-putting memory that I still think about sometimes, as a symbol of how New York City had changed so quickly from a super exciting, fast-moving, wild city, to this hotspot at the center of the pandemic that the rest of the world was watching.”

I too remember biking down Lexington Avenue in April 2020, with not a car in sight and all of the shops boarded up. The crowded streets that I once avoided were like the ghost town that Trump described. However, as El Nems argues, “I think that it’s normal for a city to get quieter and less exciting because literally everyone was forced to stay inside for months on end, but I don’t see this as New York City losing its character or losing what makes it so unique.”

In response to Trump’s statement, Reynolds said, “I think that he is making a mistake to assume that it would be like that forever. The day that he was officially defeated by Biden really felt like New York City roaring back to life.” People were cheering and dancing on the streets and celebrating Biden’s victory together. Every ten minutes New Yorkers on the street would erupt into applause and cheer in celebration. To Reynolds, “that felt like when New York City officially stopped being a shadow of its former self and actually returned to the city we all know and love — it’s ironic that it happened directly because of Trump’s defeat!”

The city might feel deserted, but it has not lost its spirit. Its energy is simply being redirected in order to keep people safe through such dangerous times. During the entire spring, every night at 7 o’clock, weekend or a weekday, rain or shine, the citizens of New York City would open their windows to cheer for hospital workers. I even heard some pots and pans being banged together. “The media has interpreted it as a celebration of the essential workers, and I absolutely agree. But I also think people are yelling to let out their frustration, to let the world know that New York City is not a ghost town, and that even if its signature fast-paced lifestyle is not present at the moment, the city is still alive,” said Meriel Crowley-Wang ’22.

During the surge of activism brought on by the murders of George Floyd, Breonna Taylor and many other victims of racism and police brutality, New York tapped into its fighting spirit. Marches were held daily for months in support of essential workers, protesting the police and the tragic murders. New Yorkers did everything safely — almost everyone at these marches wore masks, people stayed far apart from each other, and people were constantly handing out water, and masks, in order to help to keep others safe.