Connecting with Heritage: An Exploration of Student’s Backgrounds 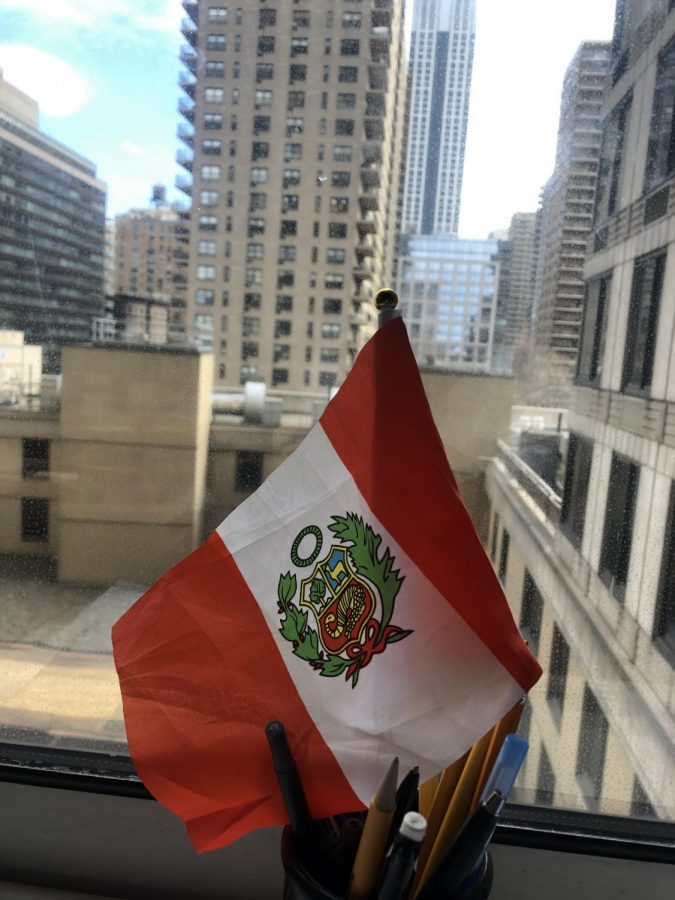 Currently, Peru has no elected president. In addition, there are accounts of police brutality due to a corrupt congress. Now, half a year before the presidential elections, Peru faces a crisis as the third president this week is elected from this congress, of which the public has a growing distrust. Learning about Peru's struggles has left me with a feeling of disconnect from my Peruvian heritage.

Growing up in America, the only way to connect to my Peruvian roots was through the nation’s soccer and culture. But, when I heard about the chaos going on in my dad’s country, I scrambled to dig up as much information on it as possible.

The country has appointed its third president in the span of one week, beginning with the controversial impeachment of President Martin Vizcarra due to his alleged corruption charges. Manuel Merino, who presided over the Peruvian Congress, led these trials against Vizcarra and was promptly named interim president.

Whether this was a cunning ploy for the presidency did not matter, as nationwide protests forced Merino to resign 5 days later. The protests led to major accounts of police brutality leaving 2 dead and over 90 injured.

Now Francisco Sagasti, a centrist, has been selected to lead the country until the April 2021 elections. With a majority of the country’s population unhappy with the government’s approach to bettering the education system and corruption facing Peru, it will take a lot of unwavering dedication to getting a country that was progressing at such a fast rate back on track.

After I finished reading three articles on the topic, I felt guilty that I had been ignorant of these events and that all my information came from CNN articles as opposed to someone who was living through it. There was a rift that had slowly been growing between myself and my heritage. Looking to the other side, I could not see any way to close the gap.

Knowing the diversity that makes up Bronx Science, I decided to search to see if the rift was a common feeling or if I was missing a part of establishing myself in a community.

Talking with Tenzin Dadak ’21, she revealed to me more than just a way to stay connected to one’s culture, but a vital reason to do so. Tenzin is a Tibetan-American who has moved to and from Canada throughout her life. Despite never having lived in Tibet, she stays politically active in pushing for the liberation of the country from China’s autonomous zone.

“The threat of cultural extinction and the fight for sovereignty has always set a certain pressure on Tibetan youth. It’s forced me to engage with Tibetan affairs, to preserve the way of life and advocate for our independence,” said Dadak.

Specifically, she has participated in discussions with the ICT, the International Campaign for Tibet, about lobbying for the independence of Tibet. She feels that a large part of her engagement with her heritage comes from her friend group. In Canada, the vast majority of those around her were Tibetan, immersing her in the culture and responsibilities that come with it.

Krish Shah ’21 notes how his communication with his family brings him up to date on Indian affairs. Krish has lived in America his entire life but stays in touch with his relatives in India through phone calls or an occasional visit.

“Personally, I’m able to stay connected through daily talks with my grandparents who live in India. They actively watch the news and enjoy filling me in on current events,” said Shah.

For Krish, there is an active difference between reading news articles concerning Indian current events and having a conversation with his grandparents. Whether it is due to his familial connection or through receiving a genuine perspective on life in India as opposed to receiving it through second-hand media information, he feels that this is his best way of engaging with his roots.

Itamar Pres ’21 was born in Israel and was only one of a few members of his extended family to move to the United States.

“Ninety-nine percent of my family still lives in Israel, and I keep in touch with them often,” said Pres. However, it is more than just keeping in touch with the majority of his family for Itamar. Israel is prevalent in global politics and Itamar is almost forced to stay aware not only because he is from there and his family lives there, but also because it is almost inescapable.

“I don’t feel a disconnect, because my parents always let me know about the things that happen, and I read Israeli blogs sometimes to see if anything happened,” said Adam Ichilov ’21.

Adam also moved from Israel at a young age and experiences a similar relationship with Israeli current events as Itamar does. For Adam and Itamar, their heritage comes to them due to Israel’s prevalence on a global scale.

Each interviewee taught me something about connecting with one’s culture.

Tenzin’s case showed me how engaging with her roots meant the responsibility of preserving her culture and how she did that through civic engagement with the International Campaign for Tibet.

Krish’s relationship with his grandparents allows him to stay connected in a familial manner, while still getting the perspective of an Indian citizen.

Adam and Itamar not only have the familial thread connecting them to Israel but also the political prevalence of the country bringing their heritage to them.

When I think about my father’s country, I realize I have not done enough to say that I am an active member of the community. Seeing how the students in our diverse school do so has opened my eyes to what can be done in order to bridge the gap that comes with living in America with immigrant parents.
There was a rift that had slowly been growing between myself and my heritage. Looking to the other side, I couldn’t see any way to close the gap.