The Last Will and Testament of the Trump Administration

The Trump Administration’s refusal to concede defeat in order to save face and maintain 2024 prospects risks irreparable damage to American democracy. 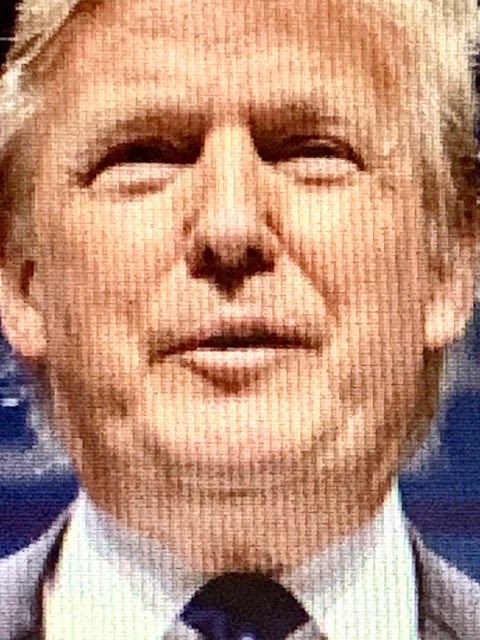 Maybe it was wishful thinking to assume that 2020 would go out quietly. One of the most politically charged years in recent memory now promises to conclude with another crisis — not a biological one this time. The ongoing divide in American political discourse has only been exacerbated by quarantining measures and protests. All of this came to a head in the general election, wherein the sitting president, Donald Trump, was unseated.

No, he definitely was. Pre-election polling indicated a huge sweep for president-elect Joe Biden, which made it clear that the president’s chances of retaining the White House were slim. The pre-emptive attack on ‘fraudulent’ mail-in ballots was a direct result of anxieties. Because of the pandemic’s politicization, it was obvious that a disproportionate number of democratic voters would use the mail-in system. That made allegations of fraud strategic, but it never justified them. So after the false accusations, Trump now has to deal with the ugly part of everything — the fallout.

Media sources like OAN (One America News Network) and Newsmax have been quick to leap on the dissemination of election fraud propaganda, facilitating an extremely harmful divide in the country. The current president’s unwillingness to admit defeat or come to terms with the fairness of his loss means this behavior will continue into the foreseeable future. What makes this so deadly for democracy is that one of the key mechanisms of democratic function is a baseline level of trust. That does not mean trust in good outcomes, just trust in the simple idea that whoever receives more votes and thus has the consent of the governed, will win. Now, millions are under the impression that a shadowy and unidentified cabal has the power to circumvent what the people really want, in essence making the entire democratic process worthless.

When a huge portion of the country thinks that foundational parts of the U.S.’s functioning are being controlled against them, any sort of discourse or reprieve from escalating political divisions becomes impossible. The problem is not just this single issue, but that the election is a catalyst for the complete separation of America into two different realities entirely — an absurd one where President Trump won the election and was stopped by a deep-state conspiracy and one where he lost. If this is the case, then the terrain of political discourse will become impossible to navigate — potentially 70 to 80 percent of Republicans will be under the impression that anything emerging from electoral politics in the next four years is illegitimate from its roots in unproven voter fraud.

Now that the rift in the national discourse is so immense, what should happen next? Henry Hillman ’22 said, “I think that the right-wing will use its power as Americans to hinder Biden in other ways. I think they know that it wouldn’t be effective to just say things, and they’ll try to interfere with Congress or the Senate.” That attitude has already been shown by the many attempts from sitting Republicans to back the President in his attempt to stay in power, specifically the Supreme Court case Texas v. Pennsylvania, Et. Al. This case was swiftly dismissed despite backing from the President and a conservative majority in the nation’s highest court. The best thing that can happen is a disavowal of the election fraud conspiracy from the President and his allies. However, with that seeming more unlikely every day, the next step is for the middlemen, social media services, to push back.

Companies like Facebook have played a huge part in spreading election conspiracies, and that must stop. On election night, the second result shown to viewers searching on Facebook live by default was titled: “LEFT PLANS COUP / REVOLUTION NOV 3RD 2020?” In addition to being irresponsible and drawing negative attention, the conspiracies facilitate a cycle that insulates people into small bubbles of far-right media consumption. Twitter has already begun to implement measures against election disinformation; for other social media giants to follow suit would be a massive step in the right direction. Some hashtags were flagged as ‘disputed’ following election night, but that is woefully ineffective when the victims of election fraud conspiracies see mass tampering as a foregone conclusion, not up for dispute. At the least, those measures should be extended to other features of the website and used to determine what videos and posts are recommended to users, and to moderate fraud based groups.

The most extreme channels like OAN and Newsmax are tiny outliers, and most election conspiracy theorists reside in the dark corners of familiar websites. Reintegrating them into a healthier discussion starts by shining a light onto those places. The United States is in a dangerous situation. Fraud conspiracies will extend further than the election itself, and the President, along with many other Republicans, have been unwilling to take responsibility. To combat manipulative forms of false info on an individual level, media corporations must tackle misinformation by recognizing and stopping the misinformation they spread — and the government must hold them accountable.
It was obvious that a disproportionate number of democratic voters would use the mail-in system. That made allegations of fraud strategic, but it never justified them.