Society must dismantle the toxic gender roles that limit the scope of toys that children are given during the holiday season. 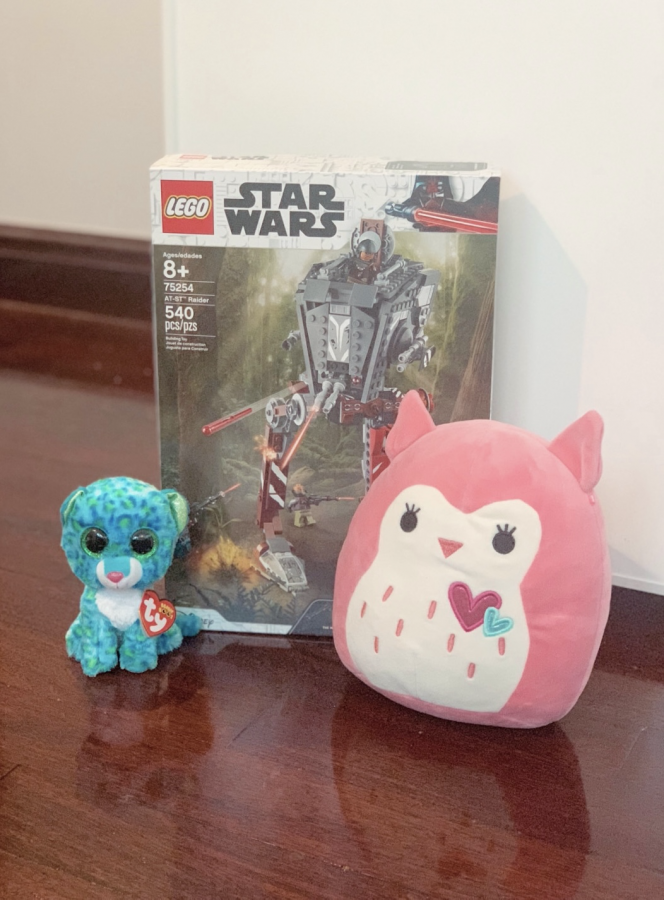 Society has conditioned us to allocate certain toys among the gender binary, as femininity is associated with stuffed animals and masculinity is linked with lego sets. “Small things like dividing gifts may not seem like a problem, but they all add up to harming children and future generations to come,” said Ayman Akhter ’21.

“On the first day of Christmas, my true love sent to me – a partridge in a pear tree!”

This quintessential Christmas song is a hallmark of the holiday season, and it depicts one of the most beloved attributes of this time of year, gift-giving. Gifts are not only used to convey affection and adoration, but they are also a pleasant way to wrap up the year, a gesture needed now more than ever as we end the monstrously long year of 2020.

For many children, gifts are their favorite part of the holidays, and of course, why wouldn’t they be? It’s the time they finally get what they have wished for all year long. Unfortunately, for many kids, their gifts are not reflective of their likes and interests but rather their biological sex.

For decades, toys have been socially divided between those meant for girls and those meant for boys. In fact, toys are more gendered now than they were 50 years ago despite some advancements in challenging gender roles in recent years. Some parents still insist on restricting their child to gender-specific toys, which also restricts their self-expression to the gender binary.

And for many Americans, it is obvious that toys should not be coded or assigned to a specific gender, yet cooking kitchen sets are still solely given to girls and nerf guns are mainly reserved for boys. Reinforcing these gender roles can result in extremely toxic mindsets: females are conditioned to believe that they should strive for a life of domesticity while males are trained to think that their worth is based on physical strength and dominance.

“Young girls are often taught that they should only play with dolls, which, in my opinion, reinforces the idea that women have to grow up to be caretakers and mothers. Since it’s less acceptable for young boys to play with dolls, there is less of that pressure (to be a caretaker) on them when they grow up,” said Jaymie Paredes ’21. “But, of course, young boys have their own form of pressure. It’s not socially acceptable for them to like things that are typically seen as feminine, so they wouldn’t receive nail polish or makeup as gifts, even though they may want to use these as ways to express themselves.”

Dividing gifts between the binary genders creates an even more polarized gap that emphasizes gender inequalities in society today. These stereotypes immensely contribute to cultivating an atmosphere of toxic masculinity and femmephobia that further perpetuates this flawed ‘norm.’

“The refusal [to allow children to play with all gendered toys] makes the children feel like their interests are invalidated and that they aren’t allowed to like things that their parents don’t,” said Ummol Fatema ’21. “Carrying on with this reasoning will set into the child’s mentality that feminine things are bad to like, and that could be associated with all things feminine, like makeup and hygiene products.”

Not only is it morally right to bridge the separation of gendered toys, but there is also scientific evidence that supports it. Toys that are thought to be specifically meant for boys, such as building blocks and puzzles, typically improve visual and spatial development, which accounts for males’ spatial advantages over females. Likewise, traditionally feminine toys promote social skills, which further develops comforting abilities. When a child is restricted to only one subset of these toys, that child loses the opportunity to learn a whole range of skills that come from playing with the other subset.

Regardless, the gender polarization of all things, in general, cannot solely be blamed on children’s parents but instead on the conservative society to which the parents are accustomed. “I can’t blame parents for refusing to give their children gifts that are thought to be exclusive to one gender,” said Ayman Akhter ’21. “They grew up in a completely different generation from ours with different thoughts regarding genders. We shouldn’t blame the parents for not knowing, but rather, we should educate them and see how they respond.”

Parents and guardians must promote the acceptance of all toys, whether or not they are traditionally designed for another gender. Every child should be able to express themselves in any way that they choose without having adults infringe upon their individuality. Presents are meant to display warmth and acceptance for loved ones, especially during the holidays, and that is nearly impossible to show if your gifts reject the inclusion of all gender identities.
“Young girls are often taught that they should only play with dolls, which, in my opinion, reinforces the idea that women have to grow up to be caretakers and mothers. Since it’s less acceptable for young boys to play with dolls, there is less of that pressure (to be a caretaker) on them when they grow up,” said Jaymie Paredes ’21.