The MTA is Vital to New York City’s Fight Against Climate Change, But It is Collapsing

A robust and reliable public transit system is how we combat the car culture that is destroying our environment. We have to make adjustments to our city planning strategies so that our system and planet do not plummet into disarray. 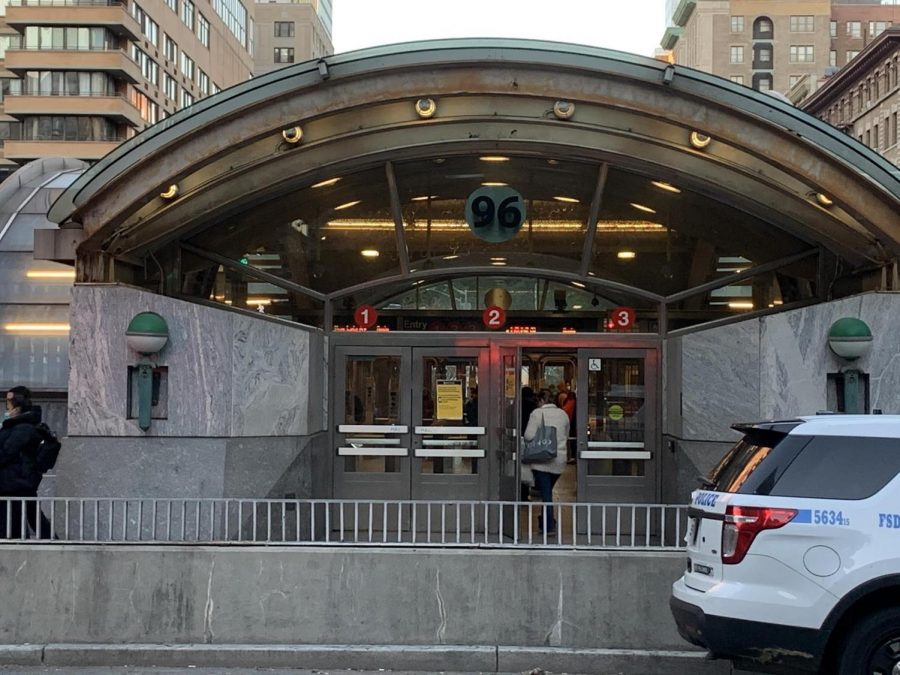 The 96th Street subway station on the 1/2/3 lines is typically bustling with commuters. Currently, the station is almost empty, even during the evening rush hour on a Monday. Subway ridership has been down 70% since the start of the Coronavirus pandemic.

When we hear of a train breaking the record for fastest rail speed ever, it never happens in the United States. America’s public transit systems continue to be unreliable, and until we vastly improve them, car culture and suburban sprawl will continue to destroy the environment. Yet, the same politicians who failed to take early action to stop the spread of COVID-19 are now refusing to bail out New York’s Metropolitan Transportation Authority (MTA), threatening to set us back even further in the climate fight.

The MTA, billions of dollars in debt, said in an August 2020 board meeting that up to 40% of service could be cut and scores of workers could be laid off (I reached out to the MTA’s press office for comment, and they referred me back to the board meeting as well as to their press releases). This will lead to a downward spiral where people cannot rely on the public transit system, so the MTA will lose money as commuters are pressured to further rely on their cars. This, along with inflated housing prices, will make them question living in the city in the first place, and could lead to them fleeing to the rapidly growing suburbs, a trend that we have already started to see during the Coronavirus pandemic.

This challenge provides us with an opportunity to change how we plan our city. We need to make our city more livable, and our suburbs more walkable and connected to public transit.

Before the pandemic, the MTA had a daily ridership of over 10 million riders. With the onset of the Coronavirus pandemic in March 2020, ridership dipped by 90% in the spring, and it has barely recovered since, with ridership still down by 70%. The MTA received a $3.8 billion bailout from the Federal government in the spring, but that money is quickly running dry, as the MTA is losing millions of dollars a day. The agency said in the August 2020 board meeting that they need another $3.9 billion dollar bailout from the Federal government in order to stay afloat, money that is not coming anytime soon with political gridlock in Washington D.C.

We will not know just how much money the MTA will need until we know how long it will take for the economy to get back to normal; people are not commuting if they are working from home on Zoom. However, if the MTA has to cut service before the money starts rolling in again, people will not return to public transit when they return to working in person.

This reliance on cars will most likely have detrimental effects on the climate. Americans rely on cars more than most, and while most European cities do not have freeways in them in exchange for expansive train networks, American cities are entangled in freeways that are always congested and are terrible for the environment. The prevalence of car culture in American society has been a climate killer for decades, yet most cities lack even basic public transportation. A 2010 study by NASA found that cars are the single biggest contributor of greenhouse gas emissions in America. If a significant portion of the 10 million daily riders of the MTA switch to cars, that is a lot of greenhouse gas from just New York alone. Investing in our transit system now instead of later is how we reverse this trend.

There is no one solution to this issue. We cannot point to one piece of legislation or one expansion project and say that it will protect and encourage public transportation and combat car culture. We need a cohesive strategy that encourages people to live in the city while also making sure that those who do live in the suburbs have easy and affordable access to public transit, preferably within walking distance. Instead of using this time to shrink the MTA, we need to go big and bold and build new infrastructure. Building infrastructure is how we get our economy back up and running and create good paying jobs.

On the first issue, a necessary first step would be to keep flowing bailout money to the MTA so that they are not forced to cut service. The federal government needs to provide adequate stimulus for all, and especially the MTA. Service is inevitably going to have to be cut, but the more money that the government provides, the fewer cuts the cuts that would be required.

But if the service has to be cut, the MTA must be smart about what gets the axe. Neighborhoods that are farther from Midtown Manhattan should see the fewest cuts. When service needs to be cut back for construction or other reasons, express service is usually the first to go. This should not always be the case. The farther away a community is, the more likely its commuters are to resort to cars.

As for the second issue — making suburbs more walkable and accessible to public transit — this requires a much more long term and ambitious strategy, something the government does not tend to be good at. We need to aim to make every household in bedroom communities within walking distance of a transit stop, and we need a transit system that is interconnected and easy to navigate so that commuters can get where they are going on time and without frustration. We need to convert parts of boulevards and highways that are car lanes to tracks for light rail, we need a bus network that connects people to the train, and we need to add more stops on the railroad lines so that more people can walk to the station.

Many suburban streets have inadequate sidewalks, and this is an easy and obvious first step to making suburbs more walkable and to encourage people to walk to transit. We also need to expand parking at railroad stations for the places where it isn’t possible to add public transit so that people are driving only to the train station.  The rich should be paying for a large portion of this; we need to make our tax code fair so that the price tag does not hold back the government from getting it done.

During times of crisis, we often think the solution is to shrink down and spend less money. We cannot do that with our transit system. Only through investment and growth will we be able to keep the MTA afloat. We need an MTA that is reliable to combat the destructive effects car culture has on our planet, and we must do what needs to be done now before too many have left the city for greener pastures.
There is no one solution to this issue. We can’t point to one piece of legislation or one expansion project and say that it will protect and encourage public transportation and combat car culture.