The New Normal of Living Through the Coronavirus Pandemic 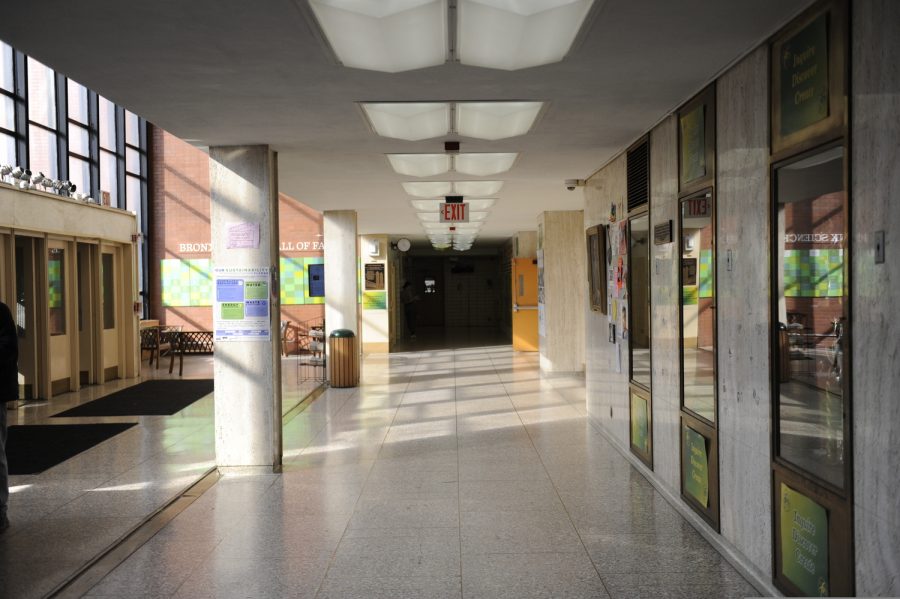 Although times are difficult, Skye Lam ’22 understands that we must learn from our mistakes. “COVID-19 has exposed the vulnerabilities of how we are able to respond to disease prevention,” Lam said.

It was Friday, March 13, 2020. Two days prior, the coronavirus outbreak had been declared a pandemic. If people were panicking worldwide, those in New York City didn’t show it.

I took my Vallo bus home and said goodbye to my driver, thinking that I would see him again on Monday morning. Deep down, I had a feeling that I wouldn’t. It turned out to be the last “normal” Friday that we would have for this academic year, at least.

The first case of COVID-19 in the United States was reported on January 19, 2020, in Washington State. On March 11, 2020, the coronavirus outbreak was declared a pandemic. President Trump declared a national emergency only two days later. For three months since that first case, almost no action was taken. There were only warnings to wash hands, wear face masks, and avoid crowded public areas.

When I look back at that last week, there are many things that I wish I had done differently. I wish that I hung out with my friends more. I regret not spending more time trying new foods from small restaurants before they disappeared forever. As a senior, I know that I’m not the only one who wishes that I didn’t wait until my second and last semester of high school to do these things.

Now it’s June 2020. The new normal is something out of a dystopian novel. The mass purchases of toilet paper, hand sanitizer, and even pasta made it seem like people were preparing for an apocalypse. Going outside is no longer a fun option; instead, it’s a health hazard.

Many things are up in the air, including treatment options and future virus prevention, including of course, a vaccine. Still, countries that were once hotspots for the virus, including South Korea and China, are slowly opening up and returning to a somewhat normal state. With the help of technology to track positive patients and their contacts, these countries have started to loosen social distancing regulations, lift scattered curfews, and slowly resume life.

In South Korea, public buildings including churches and schools must have hand sanitizer at the ready, and everyone who enters the building must have their temperatures taken. When a 29-year-old man had tested positive and spread to others in a nightclub, he was located through GPS tracking and his contacts were monitored quickly. Massive surveillance through apps and personal information helped these countries to track new cases at such a rapid rate.

However, the United States will not be able to match this approach. There would be major privacy violations that would cause uproar. Because of internal tensions that halt collaboration, the new normal may be far from reach.

The United States has a three-phase plan to reopen, and in order to arrive at each phase, the White House website states that the regions and states must “satisfy the gating criteria.” These criteria generally consist of decreasing reported cases and symptoms, hospital treatment without crisis care, as well as a “robust testing program for at-risk healthcare workers.”

However, these criteria have been extremely difficult to meet: states are beginning to loosen social distancing regulations without realizing the consequences of a second wave. White House infectious disease expert Dr. Anthony Fauci expressed his continuing concern of premature re-openings in a senate testimony on May 12, 2020, stating, “…if some areas, cities, states, what have you, jump over those various checkpoints and prematurely open up without having the capability of being able to respond effectively and efficiently, my concern is that we will start to see little spikes that might turn into outbreaks.”

Yet, beachgoers in some states crowded the boardwalks and shores for Memorial Day, ignoring social distancing rules and missing face coverings. To some, the coronavirus pandemic has become a bipartisan issue.

Protests to reopen the country are happening all over the country. While some protestors refuse to accept scientific facts and ignore warnings to practice social distancing and wear face coverings, others are justified in concerns over their small businesses; if the economy remains shut down for longer, many more Americans will suffer.

Tiffany Liu ’20, whose parents own and operate a small Japanese restaurant, has experienced the economy’s shutdown firsthand. The restaurant has reduced work hours by half, since dine-in prep work is no longer needed, and severely cut down ingredient orders. “Our routine was that of any other restaurant: order ingredients, make food and serve it to customers. But now with the pandemic, quite literally, there is no interaction with customers except over the phone,” Liu said. Liu, who resides in Manhattan’s Chinatown, hopes to return to normal, especially due to Manhattan’s high cost of living.

Opening up the economy is crucial and will be a struggle. Jessica Jimenez ’20 believes that it is necessary, but public health needs to be put first. “Opening up our economy too early or too quickly can lead to an increase in the number of COVID-19 cases and deaths, and it can reverse the effort the city has made,” said Jimenez. “You can’t have an economy without the people who do the buying and selling.”

The question now: what happens next?

Skye Lam ’22 acknowledges that city life will be drastically different. “I believe that daily interactions between people will definitely change. People will become more conscious about their health and the safety of others,” said Lam. “Activities such as attending concerts and taking public transportation will most likely continue to have safety precautions as long as the threat of another potential outbreak is still there.”

Unfortunately, according to various experts, this coronavirus will likely become an endemic disease like HIV, measles, or chickenpox: it will not have an official cure and will persist in the future. The race for a vaccine is on, but it will take time, resources, and trial-and-error before a successful one is found. Until a viable treatment and a possible vaccine is created, daily life will change significantly.

We will wait outside of grocery stores to prevent overcrowding and be required to have face coverings. Zoom calls, texts, and video chats will be the new way to hangout. A bedtime past midnight is inevitable. Meetings, performances, and graduation ceremonies will be livestreamed, and late-night shows will lack the comforting sounds of live audience laughter.

The coronavirus has thrown our lives into uncertainty, and for the first time for many, it is hard to think about a potential future. Yet one thing is certain: our definition of ‘normal’ will not be the same as it used to be for a long time.
“You can’t have an economy without the people who do the buying and selling,” said Jessica Jimenez ’20.