The Bigger the Crisis, the Greater the Profits 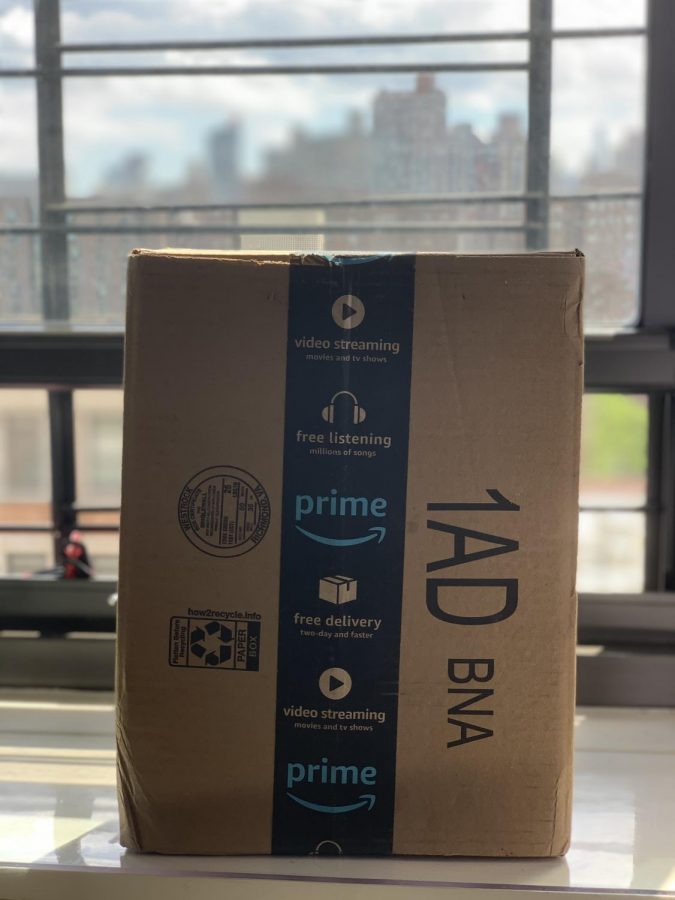 An Amazon prime package. Amazon prime membership has skyrocketed since the start of the Coronavirus pandemic, and the increased demand has put a pressure on workers who have to deal with health risks. Each package delivered requires the labour of multiple workers who are not being paid properly during this dangerous time.

In nine weeks, from the start of the pandemic to May 22, 2020, over 38.6 million Americans lost their jobs. Many are struggling to pay their bills even with the assistance of a government stimulus check. Meanwhile, fourteen new people became billionaires thanks to the Coronavirus pandemic. Jeff Bezos has gained $30 billion in his net worth and Eric Yuan (the CEO of Zoom) personally made $900 million.

The gross disparity in how wealthy Americans in comparison to the working class have fared during COVID-19, has angered people. People are struggling to pay their rent, while others are becoming billionaires due to tax avoidance, paying low wages, and price gouging. “It’s not fair that they should be able to profit so much off of the basic needs of many people who lost their jobs or health otherwise due to the quarantine, and that while many people were struggling to survive they were able to accumulate more and more wealth,” said Rose Marebello ’22.

The shelter-in orders around the country and the large number of COVID-19 cases have increased demand for online deliveries. As a result, Amazon is in further demand than ever before; however, Amazon’s increase in profits has not benefited all of their workers. In fact, some workers are now suffering from even worse working conditions than they did pre-quarantine. Amazon is known to treat workers poorly to maximize profits, and they continued to do so during the height of the Coronavirus pandemic. Delivery workers and workers in fulfillment centers are paid minimum wage and are expected to fulfill an impossible number of orders. According to The Washington Post, if workers do not fill their quota, they are given a warning, and if they fail a second time, they are fired. Due to the surge of orders, the quota has been raised. Amazon centers were especially dangerous at first, since no social distancing was enforced in them at the beginning of the pandemic, leading to the spread of COVID-19 (this has since been changed with worker protections put in place). Managers encouraged workers to keep working without sanitizing their station or washing their hands and withheld information about cases amongst workers. This environment led to many Amazon centers being sources of COVID-19 outbreaks.

Elon Musk has gained around $36 billion in his net worth after illegally opening his factories then proceeded to threaten the governor of California when he was fined. Mark Zuckerberg received a 42% growth in his net worth thanks to the quarantine. However the billionaires’ increased profit comes at the cost of their workers’ lives. Some large companies continue to treat their workers poorly while claiming they are “heroes” on social media. Walgreens workers receive no hazard pay even though they risk catching a dangerous disease, and instead the company allowed workers to wear jeans to work two weeks before employees were given face masks. Kroger gave employees a bonus when the Shelter-In was announced, but a few weeks later they asked employees to return their “Hero Pay.” Eventually the company backed off due to the backlash they received. Whole Foods asked employees to donate their paid vacation time to their sick coworkers so they would still get paid. Elon Musk defied quarantine orders by opening factories earlier than California allowed so that he could make a profit regardless of the danger his employees were in. The factories did not practice social distancing and were crowded.

Many companies who announced they would enforce social distancing reneged in private. Airline companies like United and American Airlines have ignored social distancing restrictions and packed some of their flights entirely. There have been viral videos of packed planes showing people without masks on. United and American Airlines previously said that they would respect socially distancing, but when the videos went viral, they quickly stated they cannot guarantee empty seats but expect there to be some, due to the low travel demand.

Many believe that there has been a larger focus on public relations over actual action taken to help people in need. “We see companies and wealthy people take advantage of a pandemic rather than helping the cause; where was the aid when we needed it? They say that they want to help the general public but then they fund private hospitals, leaving public hospitals to fend for themselves. They were willing to donate billions to rebuild Notre Dame but not to COVID-19 relief. We see big companies trying to brand themselves on the ‘staying home’ and ‘social distancing’ policy when it’s obvious they don’t care; they just want good PR so that they can keep getting more money. They don’t even implement the social distancing policies or offer their workers hazard pay; instead they release a vague statement about how they’re dedicated to helping their workers,” said Jennifer Lee ’22.

Many people are shocked by how expensive some basic items have become  during this Coronavirus pandemic, and the increased cost is a struggle for those already strapped for funds. The price of food continues to rise, but there is food being dumped. Large commercial farms and contractor farms that typically sell to restaurants, schools, and hotels are destroying fruit, vegetables, milk, and meat when people are starving. Large farms are telling farmers to destroy their products because they cannot be sold for a profit as their buyers (hotels and restaurants, primarily) are closed during the Coronavirus pandemic. Millions of pounds of fresh produce were replaced and millions of gallons of milk were dumped because farmers could not find new buyers. A lot of the food was in one general location (the Midwest), and farmers were not able to figure out how to transport their produce to other areas and sell it to supermarkets. Some farmers were told to destroy their produce rather than donate it because it was not profitable to do otherwise. As the quality of life for many people worsened over the Coronavirus pandemic, a select few were able to gain astounding profits, and many Americans have become increasingly alarmed at the wealth disparity in this country.
“We see companies and wealthy people take advantage of a pandemic rather than helping the cause; where was the aid when we needed it?” said Jennifer Lee ’22.