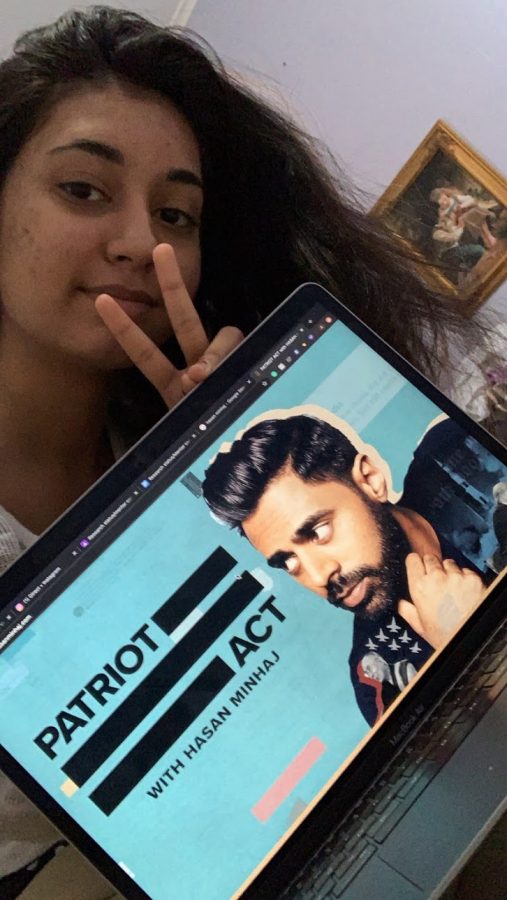 According to Arianne Browne '22, “Hasan Minhaj is one of the only watchable late night hosts anymore. His videos are funny and relevant to today’s events.”

As we enter our third month of quarantine due to the Coronavirus pandemic, it has become obvious that the way we consume media and entertainment has changed forever. While Netflix subscribers have already been rapidly growing in recent years, the quarantine specifically led to millions of new subscriptions, as people are left stuck at home with not much else to do.

To try to stay relevant, many late-night television show hosts such as Jimmy Fallon, Seth Meyers, and Jimmy Kimmel have attempted to grow a larger platform on YouTube. Despite their efforts, translating a late-night show onto a completely different platform such as YouTube is no easy feat, as the majority of these talk show hosts are struggling to get even a hundred thousand views per video. While this may seem like a lot, consider that the average viewership of their live shows was nearly two million people. Their styles of comedy are simply outdated and have no chance against web-shows and YouTubers who have spent years perfecting their channel and cultivating their audience.

Bronx Science student Tasmia Jamil ’22 agrees, commenting that, “With late night shows, the one thing that feels weird is that they don’t have a laugh track, so it becomes awkward when they say a joke and still pause for laughs.” Hosts such as Jimmy Fallon and Seth Meyers are notorious for this strange habit.

On the other hand, comedians such as Hasan Minhaj and Trevor Noah are still doing extremely well, if not better, during this quarantine period. Minhaj averages over a million viewers per episode on YouTube, with Noah also getting hundreds of thousands of views on his videos. They have both found ways to create a stable platform on YouTube and have adapted well to the drastic changes.

Another impact of the complete switch to streaming services as opposed to movie theaters, is the enormous lasting economic decline imposed upon the brick- and-mortar movie theaters. For example, Disney and Pixar released ‘Onward’ on Disney Plus after less than one month of being in movie theaters. At one point in time, movies would stay in theaters for months and would not be released digitally until nearly a year later. Now it seems that it may be more profitable to cut out the middleman and give people their favorite movies at a reasonable price from the comfort of their own home.

It is no surprise that people would rather watch a movie at home than spend large amounts of money at a theater, especially at this point in time when a move theater might pose a danger with the risk of COVID-19 infection. After the ticket cost and snacks and refreshments, it is easy for a family to spend a hundred dollars on a single night out. When you are at home, you can pause the movie, grab less expensive snacks, and spend a fraction of the cost you would at an actual theater. This trend has not only surfaced recently due to the current circumstances. People would rather wait a few short weeks for a movie or show to be released digitally than overpay for the movie theater ‘experience.’

“Personally, I prefer streaming services like Netflix, over cable or movie theaters because of the sheer convenience of it. I can watch as much as I want without advertisements or interruptions, and I can easily watch with friends with extensions such as Netflix Party,” said Arianne Browne ’22.

What is also contributing to this growing phenomenon is the fact that for the first time, huge studios such as Dreamworks are debuting films directly on online streaming services (such as Apple TV and Amazon Prime Video), and skipping movie theaters all together. This then raises the question: will movie theaters become obsolete after the quarantine ends? Many believe that they will, and that quarantine has been an eye-opener in terms of what services are actually a necessity.
“Personally, I prefer streaming services like Netflix, over cable or movie theaters because of the sheer convenience of it. I can watch as much as I want without advertisements or interruptions, and I can easily watch with friends with extensions such as Netflix Party,” said Arianne Browne ’22.