Democracy Under Attack During the Coronavirus Pandemic

An analysis of the ways in which the global Coronavirus pandemic is accelerating democratic backsliding. 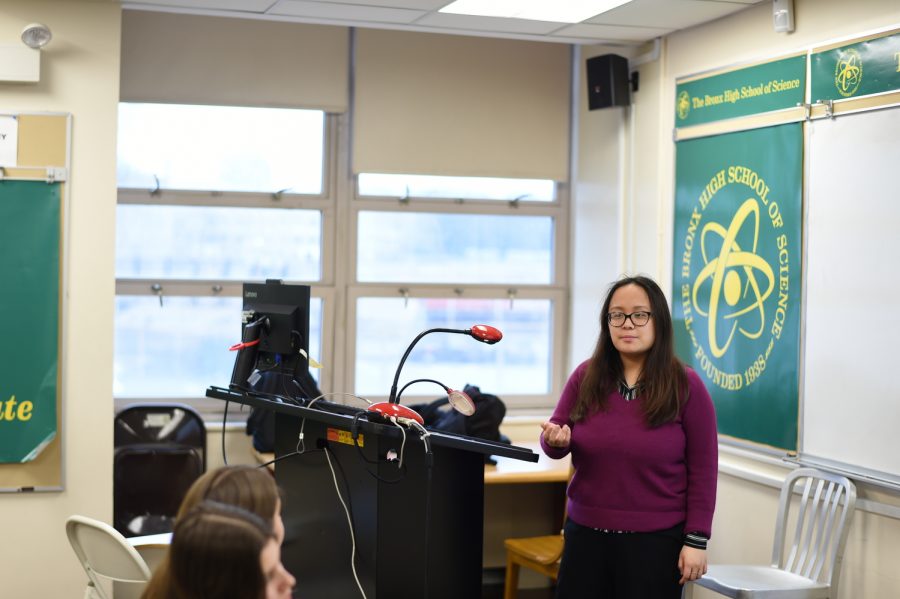 Tenzin Dadak ’21 is troubled by the recent rise in authoritarianism globally. “The liberal world order is crucial for multilateral cooperation, especially in the midst of the Coronavirus pandemic,” Dadak said.

In Hungary, democracy did not die with a bang but with a slow, gradual whimper. There, Prime Minister Viktor Orban rose to power in 2010 and slowly waged war with Hungary’s democratic institutions, constitution, judiciary, and independent media. Orban’s success is evident — one decade later, little of these democratic fixtures remain.

Orban was so successful because he exploited the tactics known to authoritarians throughout history: seizing on economic anxiety, weaponizing a deeply ingrained fear of outsiders, and capitalizing on the relative youth and weakness of democratic institutions, checks and balances, and civil society. By the dawn of the second decade of the twenty-first century, Hungary was a particularly ripe target for democratic backsliding, as it was hit harder by the 2008 financial crisis than most other European countries; it had experienced centuries of invasions from Mongols, Russians, Soviets, and other foreign powers that fomented nativism; and it had only first truly democratized after the fall of the Soviet Union in the 1990s.

Orban would slowly build his image as Hungary’s “protector,” labeling refugees as “a threat to Christian civilization” and the European Union as “the new Moscow.” As Orban was drumming up nationalism, he was rewriting Hungary’s constitution behind closed doors to erode the institutions that could check his power.. Orban forced out judges that refused to pledge absolute allegiance to his agenda and packed the court with loyalists, ridding Hungary’s judiciary of its independence. Orban did the same to Hungary’s media landscape, tightening financial and political screws on media organizations critical of him to rework the media as a tool of the state, rather than the people. Orban also manipulated school funding and forced modifications to curricula that ensured his changes to the fabric of Hungary’s state would be felt for decades to come.

Soon, Prime Minister Orban would be leading the first and only state in the European Union to be considered only “partly free” by Freedom House, and openly bragging about it. Orban proclaimed his government to be an “illiberal democracy,” promoting the term as the optimal form of government. Many in Hungary and the rest of Europe, however, see Orban’s illiberalism as a soft cover for his authoritarian tendencies, earning his nickname of “Viktator.”

Hungary’s steady backsliding and democratic erosion has become the rule, rather than the exception. All around the world, democracy is dying. The world’s overall democracy score, as tracked by Freedom House, has declined for fourteen straight years and in that time period, almost two-thirds of the world’s forty one major democracies have experienced some form of backsliding.

This phenomenon is largely a result of a global rise in populism led by members of the far right and left that has elected leaders everywhere from Mexico to the Philippines who attack the media, scapegoat immigrants, and drum up nationalism while eroding the checks and balances on their power. As Former Secretary of State Madeleine Albright wrote in Fascism: A Warning, her widely acclaimed 2018 book about the modern rise of fascism, “Anti-democratic leaders are winning democratic elections, and some of the world’s savviest politicians are moving closer to tyranny with each passing year.”

Even America, long renowned as the world’s beacon of liberty and the only continuously functioning democracy over 200 years old, is not immune to backsliding. President Trump has similarly attacked independent media, used executive offices to enrich his business holdings, appointed corporate lobbyists to lead regulatory agencies, and degraded the rule of law by withholding military aid to solicit the support of a foreign power in his reelection campaign.

In countries around the globe, the urgent need to address the public health crisis stemming from COVID-19 has allowed leaders to erode democratic norms in order to gain new powers, some of which may remain long after the current crisis.

On March 30, 2020, Hungary’s Parliament, in which Orban’s party has a supermajority, gave Prime Minister Orban near unlimited powers to rule by decree with no expiration date. Illiberal democracy had officially morphed into dictatorship. Since then, Orban has used his newfound power to push through several initiatives unrelated to the pandemic that had previously failed in Parliament, including banning changes to gender identity on legal documents and classifying information about a railway project backed by China.

Orban’s power grab was met with mounting pressure both from within his country and in the European Parliament where some lawmakers pushed for sanctions to punish his power grab. As a result, at the end of May 2020, Orban agreed to end his emergency powers on June 20, 2020. The end of the state of emergency, however, will not necessarily sunset all of Orban’s newfound power. Measures passed that allow the government to arrest and imprison any individual that it deems is spreading “fear” or “misinformation” may endure, giving Orban new ways to crack down on his critics.

Orban is not the only would-be autocrat that has used the pandemic to realize their ambitions. In Serbia, the President has been given sole power, Togo’s president can similarly rule by decree, and Cambodia’s government can now take any measure “deemed appropriate” to fight the virus including restricting movement, censoring media, and seizing property.

While it is of course reasonable to give governments some additional powers during a pandemic, the selectivity at which new restrictions have been enforced is troubling. Azerbaijan’s president threatened to isolate members of only his political opposition out of “historical necessity.” Uganda’s government used its newfound power to ban opposition rallies before it had a single confirmed coronavirus case and as an excuse to raid and shut down shelters for gay and transgender individuals. Overall, Reporters Without Borders tallied 38 different countries where the Coronavirus pandemic has been used as an excuse for the government to attack critical media organizations, arresting journalists and censoring stories labeled as “misinformation.” Elections, when they have proceeded, have been kept with low turnout to benefit the ruling party, or they have been selectively rescheduled in countries whose incumbents are uniquely vulnerable.

This rise in authoritarian behavior affects not only the future of democracy, but the ability for governments to deal with the threat of the coronavirus in the immediate term. Decades of empirical research shows that democracies tend to respond to public emergencies best, as they are accountable to their people, take fewer steps to cover up crises, and are more likely to listen to epidemiologists and other public health experts.

In places where populist and newly-authoritarian leaders have taken the reigns, the consequences have been devastating. In Turkmenistan, where the government has ranked near the bottom of every democracy and human rights index for the past decade, eccentric President Berdimuhamedov has banned government officials from even uttering the word “Coronavirus” to minimize its perceived threat, and local authorities have been advised to focus on remedies from “medicinal plants” that come from a book supposedly written by Berdimuhamedov himself. In Madagascar, a country whose health system has little excess capacity and just 6 ventilators for its population of 27 million, the coercive president has promoted “herbal remedies” to cure the virus instead of medically sound ones.

Tanzania’s President John Mangufuli, labeled to be “waging a war on democracy,” refused to close places of worship stating, “Corona is the devil and it can’t survive in the body of Jesus.” As to his country’s response to the actual virus, Magufuli seems to simply be choosing ignorance — the country has not recorded a single coronavirus case in the last month as it has not conducted a single new test in that time period.

This type of recklessness and anti-democratic behavior has real public health consequences. Brazil, whose far right populist President Jair Bolsonaro labeled the virus as “just a little flu or the sniffles,” now leads the world in COVID-19 deaths per day, surpassing the United States.