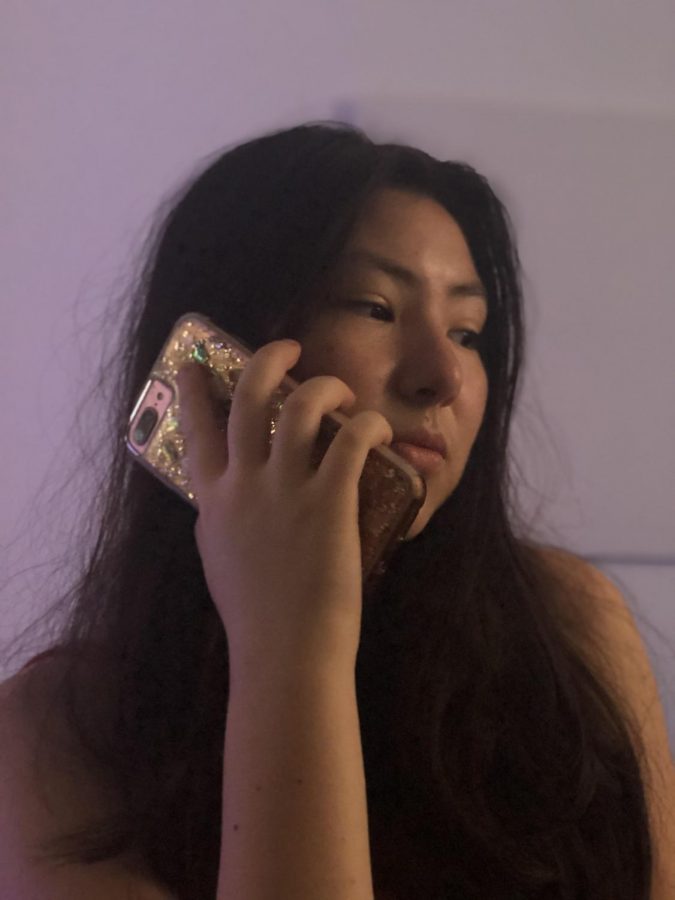 While the mental health care system isn't fully capable of giving the best care to their patients, we can still reach out to the people we love. Whether we call, text, or zoom, it's important to check in with those we know who are struggling.

Mental illness can be debilitating. It can end lives and relationships, put otherwise capable people out of work and school, and even lead to serious physical health issues. It does not just hurt individuals, it hurts whole communities. Study after study has shown that better mental health treatment leads to stronger communities, and a 2016 WHO study found economic benefits for the federal government, with every dollar invested in mental health making four dollars in better health overall and increased productivity and ability to work.

But in spite of this, mental health care in America remains severely underfunded and dangerously lacking. While this is not a new problem, it has become especially emphasized in the wake of the current global Coronavirus pandemic, alongside many other systemic issues. In a time when people are incredibly stressed and most in need of easy access to mental health care, our system seems to already be on the brink of collapse.

According to the National Institute of Mental Health, in 2017 an estimated one in every five adults suffered from some sort of mental disorder. When considering that there is an average of 11 years between symptom onset and treatment seeking and only 43.3% of U.S. adults with mental illness received treatment in 2018, as according to the National Alliance on Mental Illness (NAMI), it becomes clear that there is a major gap between needing treatment and getting treatment.

While stigma may play a major role for some in preventing people from seeking treatment, lack of affordable and convenient access is usually a stronger force in preventing patients from receiving the help they need. Nowadays, Americans are growing more and more aware of the importance of mental health, with the Anxiety and Depression Association of America finding that nearly 90 percent of Americans value mental health as much as physical health. However, one in three people find treatment inaccessible, and over 40 percent see cost as a major barrier.

78 percent of Americans are living paycheck to paycheck, and the current pandemic has forced over 40 million of those workers out of a job. Our country’s lack of universal healthcare means that a good number of those recently filing for unemployment are likely to be uninsured. This means that people making nearly nothing who have mental illnesses are forced with the impossible decision to choose between paying for mental health care and paying for food and rent — a decision which many likely faced even while employed.

When a person needs treatment and does not receive it, the symptoms often become worsen. While this is never an ideal scenario, considering the levels of current unemployment, this could further impair one’s ability to find and stay in work after the Coronavirus pandemic. The added financial stress of being unemployed would be enough to further exacerbate anyone’s existing symptoms. But unfortunately, those who are unemployed and uninsured are not the only ones who face difficulties in securing and covering treatment.

As found in NAMI’s study, ‘Continuing Disparities in Access to Mental and Physical Health Care,’ roughly half of those with mental illnesses said that psychiatrists and therapists were not accepting new patients, presenting a significant barrier to receiving treatment. This means that, even when people are insured and able to find treatment, those treatment options are not necessarily instantly available. Many are facing outright denial of patients or waiting lists that extend for months and months.

Although so many people need help, there are only so many therapists and psychiatrists, and those professionals cannot realistically treat everyone. And, given the lack of sufficient government funding, even when someone finally receives treatment they are not guaranteed adequate care.

While there are countless ways in which the mental health system in our country fails to serve those who need it, it is beyond crucial to discuss the racial inequalities that also exist. It is clear that black, indigenous, and other communities of color are being disproportionately impacted by COVID-19 and the stresses that come with it. On top of that, the recent protests in reaction to the murder of George Floyd have brought the nation to a point of recognition of the ways in which black lives have been undervalued.

While communities of color, especially black communities, face the trauma of systemic injustices, they may find added barriers in accessing professional help to address the emotional and psychological effects of that trauma.

The study ‘Racial and Ethnic Disparities in Mental Health Care: Evidence and Policy Implications’ found that racial and ethnic minorities, especially black people, have less access to mental health care. They were more likely than white people to not receive needed treatment, to receive poor quality care when they were treated, to either delay or never seek treatment, and to be less likely to receive the best available treatments for depression and anxiety.

So our mental health systems are not only broken for those who are white, employed, and insured, but are even worse at treating ethnic and racial minorities and those who are unemployed and uninsured — and this is not an issue that is going to get better anytime soon.

When you have rising tensions between protestors and an uncaring government coupled with a record unemployment rate that is topped off with a global pandemic that has forced Americans to shelter in for three months, mental health issues are either beginning to bubble to the surface or are further exacerbated.

Either way, it is beyond clear that the current system will not be able to survive the expected influx of treatment seekers, at least not without leaving millions of Americans behind.

The American Psychiatric Association (APA) has outlined steps in a letter that Congress needs to take in order to address the new stresses on our mental health care system. These steps would need to be taken on top of the earlier support packages passed by Congress, which ultimately highlighted how much of an afterthought mental health care is.

But those steps are not meant to tackle systemic racial biases. Instead, “policies that would result in universal coverage for mental health care would significantly improve access for ethnic minorities,” wrote the researchers Thomas G. McGuire and Jeanne Miranda for the aforementioned text. While they continue to detail their own suggestions, medicare for all would at least begin to level the playing field.

No matter how broken the American mental health care system is, it’s still helping countless people. While the American people push their efforts towards dismantling long-standing and damaging institutions it is important to be mindful of where government money can pay the most back. Unlike the police, mental health professionals can strengthen communities and deserve more government funding and support.

For all the millions of Americans who have received quality treatment, and even for those who have not, we should all be committed to assuring everyone the life-changing help that they need.
Mental health care in America remains severely underfunded and dangerously lacking.