Writing a New Chapter in History

The possibility of a second wave of COVID-19 and how we can prevent it. 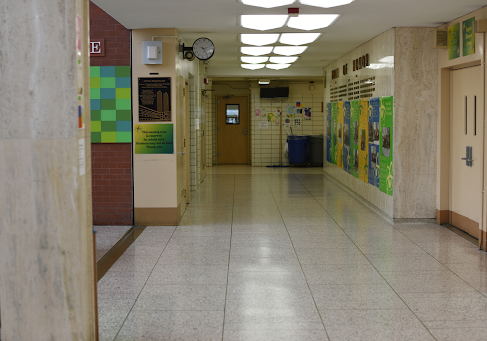 The halls of Bronx Science, once bustling with students, are now quiet as New York City enforces stay at home orders in hopes to flatten the curve of COVID-19. The history of pandemics, however, suggests the possibility of a new spike in cases during the fall, to the dismay of New York City residents.

In the late 1340s, what became known as the Black Death or the Bubonic Plague emerged, killing approximately 50 million people. The plague came in waves, spreading through Eurasia like wildfire. In 1918, the Spanish flu — a sickness associated with the H1N1 influenza A virus —  hit the United States. A second wave of the virus, novel compared to the first, had a higher death toll than that of World War I. SARS-NCoV-2, a type of coronavirus, spread across the globe between 2002 and 2003, a second wave of the virus making an appearance in Toronto, Canada. A second wave of the swine flu, a virus linked to pigs, made its way to the United States in 2009.

A trend exists in the world of pandemics and epidemics: second waves.

So why wouldn’t we expect a second wave of COVID-19?

Many epidemiologists expect another peak in cases during the fall and winter seasons of 2020. Unlike that of the summer, fall temperatures are often not high enough to kill the virus on surfaces like doorknobs, railings, and park benches. “It’s been said that the warm weather in the summer will help to lower exposure to COVID-19,” said Tiffany Zheng ’21. “If we look at the flu, we know that flu season normally comes around winter. The virus is more stable in the cold which could also be the same with COVID-19.”

A second coming of the virus in the summer, however, isn’t an impossibility — a bouquet of high temperatures and frustration with a two-month isolation period is sure to pull people out of their homes. Now that President Donald Trump has transferred his power of reopening to the states, it’s up to Governor Andrew Cuomo to decide New York’s next course of action, a decision that could shift the tide of the curve drastically. “The only circumstance where I think that there would be a second wave of COVID-19 is if states reopen too quickly without taking careful precautions,” said Jeffrey Rodriguez ’20. “If states across the U.S. do reopen quickly, people will be very hesitant to practice social distancing, and therefore risk contracting and spreading the virus.”

Rodriguez’s worry is not unwarranted. The United States has the highest caseload of COVID-19 compared to any other country, topping out at about 1.8 million cases. New York harbors about 360,000 of these cases, a caseload higher than that of the entire country of Brazil, which trails behind the United States in total number of cases.

According to the New York Times, countries like Israel are almost certain that a second wave of the virus will emerge, and it will be more deadly than the first, as flu season is just around the corner. Another major concern is the new clusters of cases popping up in various Chinese provinces. The northeast province of Jilin, with a population of about 27.3 million, has seen 130 new cases of COVID-19 in the past month. Although these numbers are minuscule compared to the death toll in Wuhan, this new caseload is reason for concern. Jilin borders both North Korea and Russia, countries whose leadership will not hesitate to go to extreme measures in order to stop the spread of the virus. Both Wuhan and Heilongjiang have seen clusters of new cases as well, with Jilin leading in caseloads, however.

Although the next steps that New York City will take to reopen are not concrete, it’s well known what our responsibilities are as residents of the United States: stay home as much as possible. Facial coverings and other protective clothing are useful tools in order to stop the virus from spreading. However, the only surefire means of flattening the curve is by staying home. Second waves may be the history of diseases, but we hold the power to write a new chapter.
“The only circumstance where I think that there would be a second wave of COVID-19 is if states reopen too quickly without taking careful precautions,” said Jeffrey Rodriguez ’20.