COVID-19 Poses a Threat for the Chinese Uighers 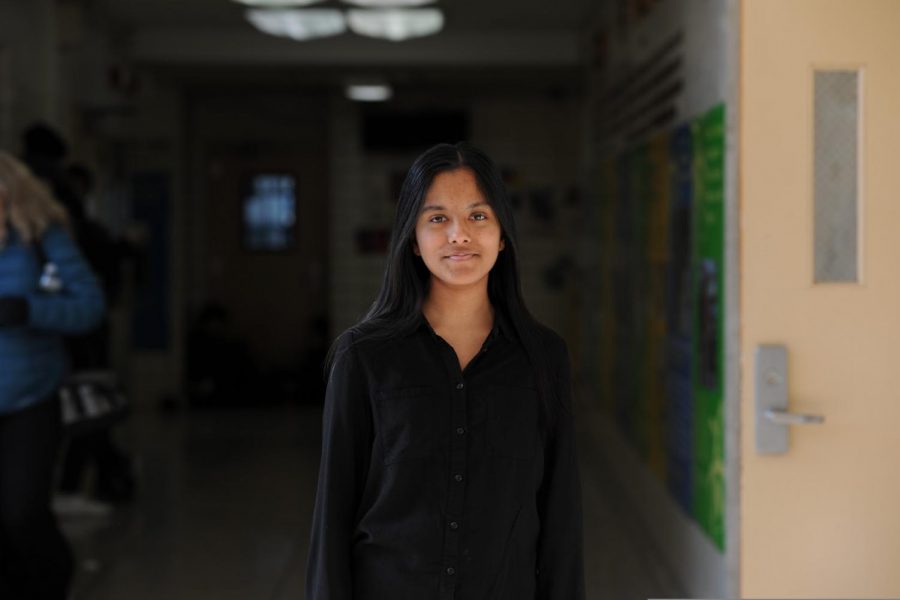 Natahsa Zarrin ‘20 discusses the many issues that lie within the camps in Xinjiang. “China has been downplaying the threat of the coronavirus in order to maintain the illusion of a capable country,” said Zarrin.

The year 2020 began with many misfortunes. With the tension between the United States and Iran, the seemingly never-ending Australian wildfires, and most recently, the outbreak of Coronavirus around the world. Named COVID-19, this virus is known to lead to many respiratory diseases (pneumonia, influenza, or SARS). It can spread with physical contact or being in enclosed spaces, such as homes or healthcare units. This virus has affected the entire world, as countries have issued lockdown orders and safe distancing measures.

After the first cases appeared in Wuhan, it began to spread all across China. Though actions have been taken in populated regions of China, it is still threatening across the less industrious regions. One of the less industrious regions of China to be concerned about is Xinjiang, a region mostly inhabited by Uighers with few Han Chinese and Kazakhs.

As a minority in China, the Uighurs are often deprived of the privileges compared to the majority Han Chinese.  As a result, they started a separatist movement to reclaim their identity and their land. China has resorted to instituting re-education camps in order to maintain their sovereignty over the Uighurs. These camps are overflowing with Uighurs who practice Islam and their North Turkic culture. In spite of their movements and protests, the Chinese government is forcibly ‘cleansing’ the region in the hope of inciting Chinese nationalism among the population.

The detention centers are growing in numbers as the years go by, and this is devastating for the Uighurs. As the numbers increase, so does the concern over the Coronavirus. With the epidemic reaching a massive scale around the world, enclosed places like prisons and camps that house concentration of people are at risk. A large crowd equates to a quicker spread of diseases and germs, which inherently puts the Uighers in their prison camps in danger.

In China, the media is controlled by the state; therefore obtaining accurate data becomes a challenge. However, The New York Times has obtained data from secondary sources such as people who have relatives in Xinjiang.

The Chinese government revealed thus far that there have been 76 reported cases and three deaths, and confirming that the remaining 73 have recovered. Despite the statistics, many relatives abroad are concerned for their families in Xinjiang who have been imprisoned within the camps. In one case, a man named Jevlan Shirmemmet, a Uigher living in Turkey, described that his mother was imprisoned for partaking in “terrorist activities.” His elderly mother is at high risk of falling ill. After his constant efforts to contact his mother overseas, a Chinese consulate official reported to him, “You shouldn’t worry, the government is already paying attention to the prisons and the camps.” With this level of uncertainty, Shirmemmet was unconvinced. There are reports stating that over 500 cases appeared in the eastern regions of China within prisoners and guards. With these numbers, which are added to the censorship, obtaining accurate information becomes difficult if not impossible, which leaves Uigher families overseas filled with anxiety.

“Even more concerning is China’s use of the Uighurs as state commodities by forcing them to work in factories despite the imminent threat,” said Natasha Zarrin ’20. It seems that amid the tension over COVID-19, the Chinese authorities are utilizing Uighers to work in the labor force. Despite the needed measures, such as lockdowns and closing public facilities, the authorities are pushing Uighers to continue working in factories. “These factors will significantly increase the spread of the virus in not only the Uighur population, but all of China, and China’s neglect will only exacerbate the situation,” said Zarrin.

The prominent issue at hand is the fact that Uighers are being persecuted and exploited. Their exclusion from society led them to protest against Chinese dominance, yet it was reached with violence. With the censorship of the media and tight regulations, it is difficult to know what exactly is happening inside the camps. However, many lives are at risk, and many more in pain. These camps lack sanitation and food supplies, setting up the perfect condition to make it easier for diseases to spread.

“For too long, the world has turned a blind eye to China’s treatment of the Uighurs. Along with Uighur activists, the international community must step up and speak against China in support of the Uighurs. Not only to protect their well-being, but also to prevent the spread of the virus, we must stop China’s mistreatment and provide proper medical supplies and procedures for the Uighur community. We must not wait until news of hundreds of coronavirus related deaths in the camps before we react,” said Zarrin.
“Even more concerning is China’s use of the Uighurs as state commodities by forcing them to work in factories despite the imminent threat,” said Natasha Zarrin ’20.