Coronavirus is a Test In the Battle Against Climate Change

Quarantines will not save the Earth from global warming, but now with this health crisis, there is a chance to build a more sustainable future. 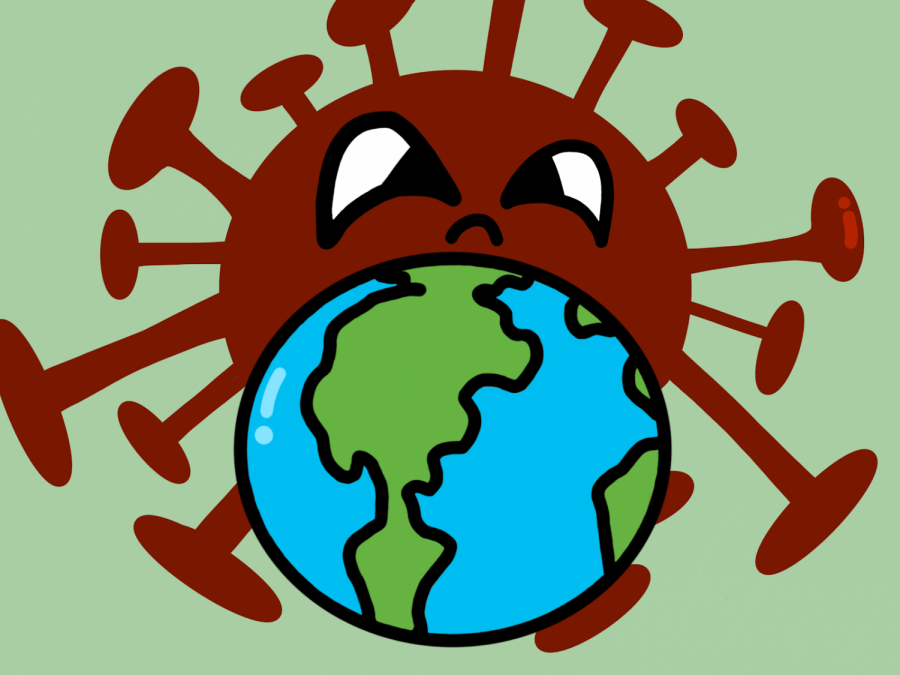 Now is the time to reboot the system. While the coronavirus is a temporary disease, the battle against climate change requires constant action and will remain with us for decades to come. Original Illustration by Karen Phua.

Humans are wired to respond to short-term problems. It is in our nature. The innate desire to handle upcoming tasks and immediate problems drives our everyday lives forwards. However, this same human instinct often diverts our attention away from the creeping effects of future threats.

Amid the COVID-19 crisis, illness and death are sweeping the planet, and the world’s eyes are on leaders who are expected to provide constant updates on resolving this pressing issue. Unfortunately, the anxiety surrounding the crisis has also led governments to table already slow-moving efforts to combat climate change. Out of these unimaginable times of change and disaster rises the ultimate challenge of whether the world is willing to take on the difficult task of saving our planet. As policymakers tackle economic recovery and public health, will they accept that the world will blow past targets to limit temperature rise, or will they create a functioning economy that supports people without threatening life on Earth? While the clock is ticking on our response, perhaps we are starting to move down the right path.

With the staggering economic shutdown and the entire world in fear of leaving their homes, it is no surprise that the human carbon footprint has decreased in the past couple of months. The COVID-19 pandemic has led to severe economic shutdowns, a drastic decrease in the use of cars and planes, a reduction in the use of fossil fuels, and an immense drop in global carbon emissions. Researchers predict that the total carbon output could fall by almost 5% this year. Records delineate such a large percentage drop in emission has not been seen since the end of World War II. This is the first major dip in global carbon emissions since the 1.4% drop after the 2008 financial crisis.

Yes, it is true that the skies are brightening up in large cities such as New York, Seattle, and Los Angeles, as the fog pollution slowly fades away. Venice’s canals, that were once congested with boats, are running clear. Mother Nature is taking over as animals are roaming freely in the streets of several locked-down cities. The air quality in Italy and China is also improving — but is this pattern going to continue later down the road? “Once the coronavirus significantly subsides and everything starts moving again, the world will be working double time to get back to where it was before quarantine. Various industries may shift back to normal and resulting effects on the environment will worsen,” said Evan Rothstein ’21.

The short-term silver lining the coronavirus presents is a severe reminder of the wide-ranging and radical changes that must be implemented if we are going to alter consumption habits and decarbonize the global economy. Whilst the disease is expected to be temporary, “We will not fight climate change with a virus,” said United Nations Secretary-General António Guterres. “It is important that all the attention that needs to be given to fight this disease does not distract us from the need to defeat climate change,” Guterres said. The astonishing effects of the COVID-19 pandemic are simply not conditions that the world should continue living under. The new policies that we create moving forward have the potential to slow climate change, not the pandemic.

COVID-19 poses a profound threat to the fight against global warming on several fronts. The coronavirus has halted many climate change gatherings and pushed back already sluggish international action. Much of the climate activism that spread across news headlines months ago has been pushed indoors and online. The outbreak has already disrupted the Paris Agreement within the United Nations, in which countries are supposed to announce new pledges to reduce emissions. No action taken towards preventing climate change and continued derailment of preventative efforts will only drive emissions up in the long-term.

In the grand scheme of things, while global carbon emissions are decreasing at unprecedented rates, we need to explore alternative measures to sustain the improving climate conditions, preserve the temperature reductions, and reach our yearly target goals. One of the most ambitious goals of the Paris Agreement is to limit global temperature rise to 1.5℃. Recent reports determined emissions need to start decreasing by an astounding average of 7.6% per year if the world seeks a viable chance to achieve this.

Climate activists are not celebrating the historic emission cuts, as we still need to generate a feasible response to the health crisis, a response that will shape the climate crisis for years to come. From work programs and bailouts to renewable-energy and stimulus plans, they will all have an immense impact on carbon emissions that will remain in our atmosphere for generations to come. Through future actions to revive the economy, global leaders are being put to the test to determine whether they will be able to handle the complexities of changing the course of our planet’s future.