We need to be prepared for the next pandemic. 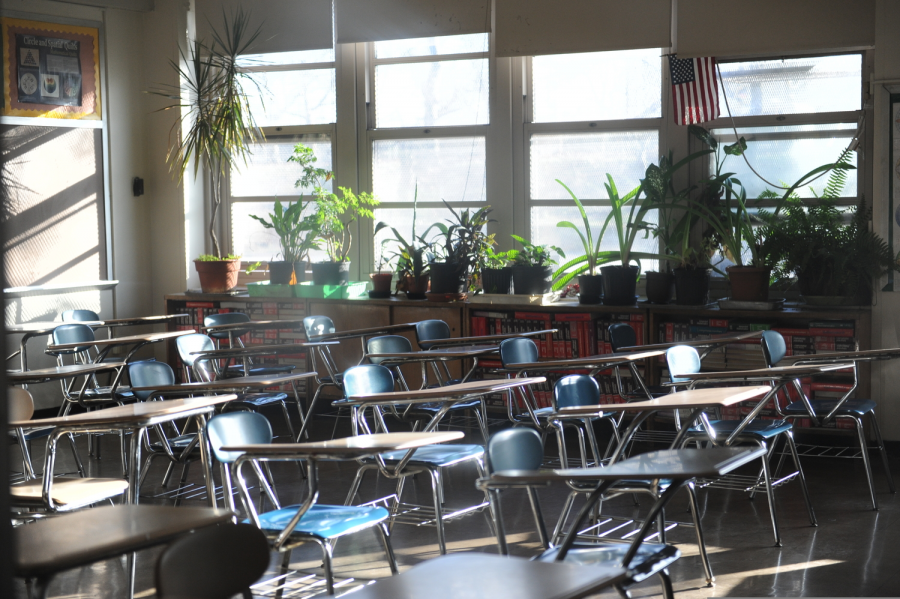 Schools remain empty as Mayor Bill de Blasio has closed schools for the rest of the 2019-2020 academic year due to the coronavirus pandemic.

After 9/11 Americans vowed, “never again.” Our government vowed that the United States will never be hit with a terrorist attack and that it would take all of the steps that it could to prevent another one. As of May 7th, 2020, 76,048 people have died of the coronavirus in the United States, with 26,978 in New York State alone. The number of deaths in these few months is more than fifteen times the number of those lost in the September 11 attacks, making this crisis one of the deadliest of this generation. For the safety, health, and wellbeing of our people, and as a nation, we need to vow that the fallout from COVID-19 will never happen again.

If COVID-19 showed us anything, it was how vulnerable the world is to a global pandemic. From Wuhan, China, the virus quickly made its way to Europe and then to the United States. Before anyone could anticipate it, cases shot up, as the government and hospitals scrambled to respond to this new threat. Overnight, schools were closed, stay at home orders were put in place, hospitals were operating at full capacity, and a run for essential items left grocery stores shelves empty. This outbreak was so sudden that it caught everyone off guard, from everyday citizens to even the top officials in government. President Trump, for example, dismissed the virus even into March 2020 where he said, “No, I’m not concerned at all,” until he rapidly changed his tune when cases started spiking. The growing interconnectedness of our globe, with air travel and cargo shipments crisscrossing the globe at record speeds, means that future outbreaks can spread even faster.

The rapid spread of any virus means that hospitals need to be prepared for any threat at an alert’s notice. One of the major pitfalls we had was that critical equipment such as personal protective equipment (i.e. masks and gloves) were not stockpiled. Hospitals had a very limited supply of them, and all of a sudden when the virus hit, everyone from local and state governments, hospitals, and even citizens were clamoring for the few remaining on the market. This created shortages across the board, and as a result many front line workers such as doctors, nurses, and first responders were put in harm’s way while doing their job.

The federal government needs to have better repositories for important medical equipment so that we are prepared for such emergencies. The federal government created the Strategic National Stockpile in 2003 that contains surpluses of important medicines and vaccines, but it has not been very effective for this current pandemic. It is also not an encouraging sign that private companies and the average citizen were helping donate equipment in lieu of the government. Furthermore, we need centralized leadership to manage these crises so that resources can be allocated efficiently. COVID-19 saw many state governments having to fend for themselves and compete for supplies and resources to keep their state healthy. “The federal government needs to do more in its response especially for planning ahead in the long term so shortages don’t happen,” said Abby Wu ’20. A more centralized approach through federal agencies such as the Federal Emergency Management Agency (FEMA) would help to mitigate this problem and make responses more streamlined.

We also have to readdress our supply chains, especially for essential medicines, food, and other necessities. Globalization has made it so that many of our essentials come from abroad. While under normal circumstances this is good, in times of crisis where travel and cargo are restricted, it creates massive shortages in our country. During this current outbreak, there have been shortages of essential drugs due to the fact that many of the raw materials of drugs are sourced from China. Furthermore, many generic drugs are manufactured in India. Both of these countries have been under severe lockdowns as a result of COVID-19. There were also shortages in the equipment necessary for testing for the same reasons. It would be in the best interest of many to have some of these supply chains shifted more domestically so that even in times of crisis we have access to essentials that people would desperately need.

The next global pandemic is not an ‘if’ but a ‘when.’ Without measured steps from the government to ensure that we are prepared for pandemics just as we are for any other disaster, we could possibly see another more contagious and deadly pathogen that could result in a far greater crisis than the one we are in today.
“The federal government needs to do more in its response especially for planning ahead in the long term so shortages don’t happen,” said Abby Wu ’20.