Liberty and Justice for All, If You Can Afford It

Should we celebrate or criticize New York State’s elimination of cash bail? 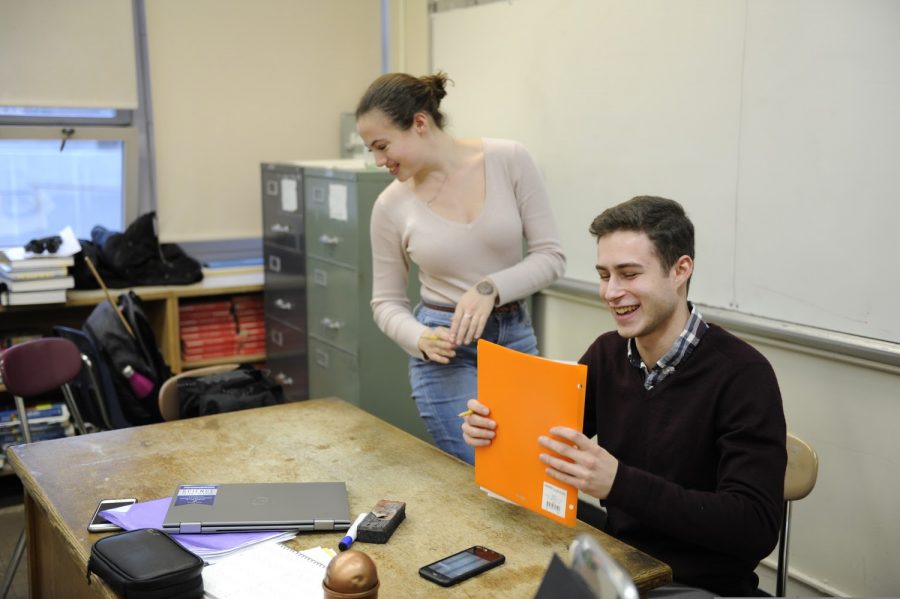 Elias Silver ’21 is in support of New York State’s controversial abolition of cash bail. “Under the law, suspects are innocent until proven guilty. It should be impossible to keep people locked up before they have been convicted of a crime,” said Silver.

Kalief Browder was born in the Bronx in 1993 to a mother battling drug addiction who soon gave him up to the foster care system.

In May 2010, at 16 years old, Browder was walking home when a police officer stopped him and accused him of robbing a backpack earlier that night. Browder frantically denied the allegations, but the officer arrested him and brought him to the local jail, where he was charged with robbery and assault. His bail was set at $3,000 dollars, a cost that his foster mother, who had six other children to support, could not afford. Browder was appointed a public attorney and was left in jail to await his court date.

Browder’s story is inextricably tied to the Sixth Amendment to the U.S. Constitution, which declares that “in all criminal prosecutions, the accused shall enjoy the right to a speedy and public trial.”

Like many states, New York has laws that are intended to protect this fundamental, Constitutional right. But these laws contain so many loopholes and technicalities that they often are completely violated.

In Browder’s case, the teenage boy would not leave jail until he was 19 years old. The charges against him were dismissed in May 2013, three years and two weeks after his original arrest, when prosecutors decided there was not enough evidence to continue.

He had spent almost two of these three years in solitary confinement. While in jail, prison guards beat him frequently, and he attempted suicide twice before turning 18.

After his release, Browder passed the GED examination, got a job, and enrolled in college. But the memories of his years spent languishing in solitary confinement never left him. Less than two years after his release, he committed suicide. His foster mother, who never got the chance to adopt him, found his body. Browder was 22 years old.

The tragic story of Kalief Browder is a testament to the failings of New York City’s criminal justice system. One of its greatest faults was its former reliance on cash bail, a policy which abandoned impoverished defendants in jail if they could not afford to post bail.

Bail amounts are set by judges as a gauge of the defendant’s likelihood of showing up to their court date; the greater the risk that they will skip out on court, the greater the bail. If a person does show up on the arranged date, their money is refunded, but many low-income Americans charged with crimes cannot afford to pay it in the first place, forcing them to either wait in jail until their trial or seek out a bail bondsman. Bail bondsmen post bail for people but require them to pay a nonrefundable bond premium, usually 10-15% of the original price.

Proponents of eliminating cash bail frequently point to the staggeringly high prices of bail as proof of the system’s injustice. According to Vox Magazine, the national median bail amount for felonies is $10,000, roughly eight months’ income for the typical detained defendant. These outlandish costs have trapped more and more low-income people in jail while awaiting trial, with the use of pretrial detention more than quadrupling since 1970.

Bail also has a discriminatory edge. According to the ACLU, people of color are more likely to be denied bail. When they are given the chance to pay bail, the average amount for black men is 35% higher than for white men who commit similar crimes.

A study by the Vera Institute also concluded that cash bail makes defendants held in jail more likely to plead guilty, even if they are innocent. Unfortunately, for low-income people trapped in jail by the cost of bail, a guilty plea deal can often seem like the only way to eventually be released. The alternative could be waiting in jail for years, like Kalief Browder did, despite repeated pressure by prosecutors to plead guilty. For Browder, refusing to take such a plea was motivated by his integrity and firm belief in his own innocence, but it came at a tragic cost. It is easy to understand why many Americans held in pretrial detention would not want to make the same choice he did.

Besides the fact that cash bail disproportionately discriminates against low-income people, especially those of color, it also violates the very premise of our laws. The American criminal justice system is founded upon the principle that defendants are innocent until proven guilty. Why, then, do we continue to use cash bail, which forces Americans to wait in jail, already being punished for allegedly committing a crime that they have not yet been convicted of?

Elias Silver ’20 explains that this infringement on Americans’ legal rights is the central problem with the use of cash bail. “The purpose of cash bail should be to assess a defendant’s likelihood of showing up to their court date. Unfortunately, its current use distorts this purpose, and instead punishes low-income Americans for not being able to afford the outrageous costs of our broken justice system,” said Silver.

In April of last year, the New York State Legislature abolished the use of cash bail for offenders charged with misdemeanors and nonviolent felonies. Such offenses make up nine out of every ten criminal cases that move through the state’s courts, and a study by the Vera Institute concluded that the bail law would reduce the state’s jails’ population by 40%. Upon its passage, the law was lauded by criminal justice advocates as a transformative reform to the system.

Just days after, there was widespread media coverage of a woman who had been arrested for allegedly attacking three Jewish women in New York City, then released under the new bail law. After her release, she had assaulted another Jewish New Yorker. This widely reported story was met with condemnation from many conservative state senators, who claimed that the new bail laws had been too expansive with minimal regulation. On January 5th, 2020, the New York Post ran the story, with the headline: “Embracing no-bail law is Cuomo’s first huge political mistake as governor.” In the article, the anti-Semitic attack was cited as an example of how the law had failed, and how liberals had gone too far in their push for criminal justice reform.

Backlash against the law was exacerbated by the crime stats released by New York City officials at the end of the month. It was widely reported that crime was up 17% in January, with many attributing this spike in crime to the elimination of cash bail. Nick Langworthy, the chairman of the New York Republican Party, criticized the law of letting criminals roam the streets with no accountability, and claimed that “New York Democrats have blood on their hands.”

These criticisms of cash bail rely on cherry-picked crime statistics, like the 17% one, and do not represent evaluative proof that the new law is already a failure. If statistics released a month after the law going into effect could be trusted to accurately portray its impact, then liberals could counter the law’s opponents by pointing to the murder and rape rates, which both fell in January.

Instead, trends in crime should be examined over months or years to give a more accurate idea of the law’s full impact on crime. Without evaluating data from a longer period, New Yorkers make themselves vulnerable to statistics being exploited by either the law’s supporters and detractors to fit their political stance.

A more valid criticism of eliminating cash bail is that it prevents judges from being able to exercise discretion in sentencing, since regardless of the flight risk of a defendant, a judge must release them under the new law. The New York Times explains that in this way, New York’s cash bail reform is the exception, since most states that have eliminated cash bail have given judges the discretion to override the law and hold defendants if they believe the offender truly poses a threat to society.

This is a weakness of the law that Governor Cuomo has moved quickly to address: he announced in early March that he will not approve a state budget that does not include reforms to the law that give judges more discretion in holding defendants. Overall, however, the cash bail law is still a massive step in the right direction, one that removes income as a factor in determining who accesses their fundamental right to liberty.

Critics of the new bail law should also keep in mind that eliminating cash bail could have positive effects on actual trial attendance rates. When Philadelphia ended its use of cash bail in February 2018, its court appearance rate jumped to the highest in a decade. This is an intuitive benefit of ending cash bail, since so many people in pretrial detention are there due to economic circumstance, not because they intend to flee before their trial.

The end of cash bail is about more than boosting trial attendance rates, though. It speaks to what kind of city New York is trying to be. New Yorkers should feel proud that their state is leading the movement to fix the failures and dysfunction of our country’s criminal courts. The law is by no means perfect, but it at least demonstrates that the state legislature is aware of the system’s injustices and the role that cash bail played in exacerbating these problems. The elimination of cash bail ensures that Kalief Browder’s story does not go ignored.
“[The current use of cash bail] punishes low-income Americans for not being able to afford the outrageous costs of our broken justice system,” said Elias Silver ’20.