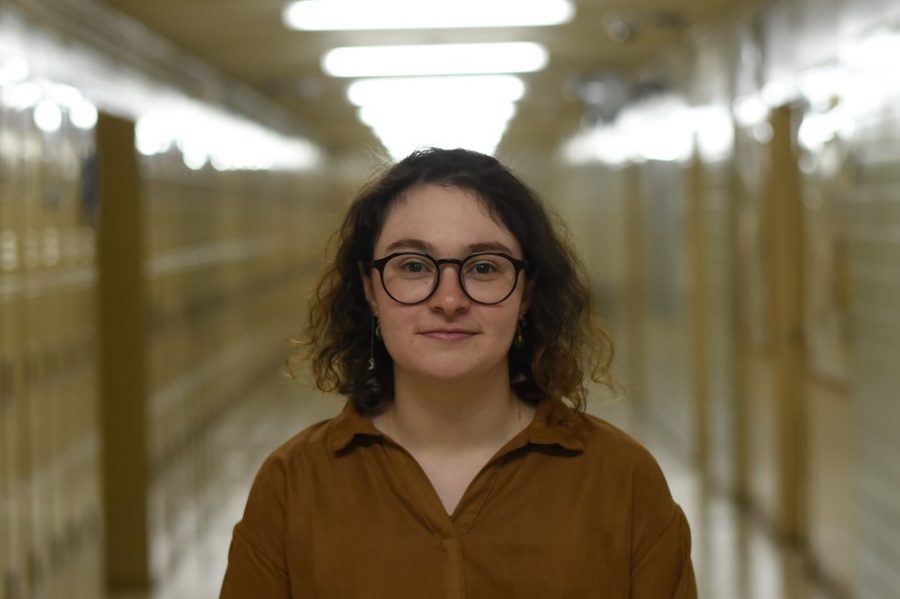 Bronx Science History teacher Ms. Sagalchik believes that “We need to be pushing for schools to feel more like an extension of our communities and less like places of regimented control”, and agrees that introducing guns into schools is not the way to accomplish this.

Can you imagine your teacher carrying a gun in class? Just the thought would make most students feel uncomfortable. While it may sound absurd, states such as Texas and Florida are now permitting school teachers to carry weapons in the classroom.

In response to the recent increase in gun violence in the United States, many Americans have been calling for stricter background checks and better regulation of assault weapons. These ideas may seem like logical solutions to gun violence, but in some southern states, politicians have taken a different approach to combat this issue. I’m of course referring to the ridiculous notion of arming our nation’s educators to combat gun violence.

The NRA, or National Rifle Association, is a pro-gun organization in the United States. The NRA has been around since 1871 and has managed to remain relevant by masking their true intentions behind the 2nd Amendment, or the right to bear arms. It’s no secret that the NRA has an enormous influence on Washington politics. Many politicians are backed financially by the NRA, which compels them to act on the organization’s behalf. As a result, politicians, mainly in the south, resist the implementation of any form of sensible gun control. The NRA values their gun sales more than the lives of Americans, and if gun reform was passed, it would most definitely make a hole in their stuffed pockets.

In Florida, the recently passed Marjory Stoneman Douglas High School Safety Act permits state teachers there to carry weapons in schools. According to The New York Times, the law was heavily debated but eventually ratified on March 9th, 2018 by Governor Rick Scott. The Stoneman Douglas High School Mass Shooting directly motivated the creation of the law, which shares its name with the event. This tragic school shooting occurred on February 18th, 2018 when a school shooter took the lives of seventeen innocent students and injured seventeen more. The school shooting outraged the state of Florida and led many residents to call for immediate gun reform, but rather than undertake this long and arduous task, the Florida lawmakers chose to take the easy way out and proposed this illogical solution.

Texas has also recently allowed teachers to carry weapons in school. As in Florida, this action was a response to a major mass shooting, the El Paso shooting. On August 3rd, 2019, a man opened fire in an El Paso Walmart taking the lives of 24 and injuring 22 more. The shooting shocked the state of Texas and reached nationwide coverage. The El Paso shooting was an act of senseless violence, and it outraged many people. The shooting emboldened the people of Texas and led to a demand for gun reform. But once again, the politicians there protected the interests of the NRA, and no notable gun reform has occurred since.

These new laws essentially mount the huge responsibility of stopping a school shooter on the shoulders of our nation’s teachers. These politicians are putting an overwhelming amount of responsibility on teachers to act in the moment, and eliminate the threat during a school shooter scenario. They have the misguided expectation that teachers will be able to fend off a threat better than a trained professional could. In the Democratic presidential debate on February 25th, 2020, candidate Pete Buttigieg summed this up perfectly, remarking, “And now they expect our nation’s teachers to become supersoldiers!” This comment by Buttigieg truly reveals the fault in the logic of this idea. Not many teachers in the United States are combat trained and, in fact, most have never even had contact with a gun. Therefore, it is completely unreasonable to expect teachers to take on the enormous responsibility of carrying and properly using a gun. Not only are most teachers not trained to use firearms, but it just adds another responsibility to their already large workload. The great responsibility of protecting students should not be leveled on the heads of our teachers.

Bronx Science history teacher Michelle Sagalchik weighed in on this issue, saying “without serious training, teachers would not be able to successfully use the guns to stop school shootings.” I completely agree with Ms. Sagalchik, and as a teacher, her perspective on the issue is even more valuable. “I certainly would refuse to be responsible for a weapon in school,” said Ms. Sagalchik, and I think most teachers would agree with her.

This is simply not the correct way to combat gun violence in our schools. Instead of arming our teachers, I propose the idea of having designated security officers specifically trained to protect schools in the event of a mass shooting scenario. It would make much more sense to have a handful of school security guards specifically trained to act during a school shooting scenario, rather than putting the responsibility on teachers to gain those skills. America’s teachers already have so much to worry about, and giving them this enormous responsibility is not only selfish but inconsiderate. Teachers should only have to focus on one thing, teaching their students, not stopping a potential school shooter. “Asking teachers to take on the role of cops would change the dynamic between students and teachers in a harmful way,” said Ms. Sagalchik. This is another crucial point because if teachers are armed students might feel less comfortable confiding in them, and being around them. This would decrease communication between teachers and students, and definitely dampen the academic relationship between teachers and students.

This is an easy solution, but an inadequate solution put in place primarily to protect the interest of the NRA. It does not solve the underlying problem, in fact, it just puts more guns into our schools. Ms. Sagalchik agreed, saying “in general, adding guns to our society does not decrease gun violence, but instead increases the chance of accidents and unintentional deaths.” No amount of explanation by lawmakers will justify arming our nation’s teachers. With the passing of these two laws, it seems as though for the time being, no real gun reform will be passed in America.

It’s sad because these shootings keep happening across the country and you start to think, how many more have to occur before we take real action? Politicians, especially Republicans, should be ashamed of themselves for putting their communities at a greater risk of gun violence. They have the power to implement real gun reform that could save so many lives, but they are happy to protect the pockets of the NRA, rather than the citizens who elected them in the first place.
The great responsibility of protecting students should not be leveled on the heads of our teachers.