Our parents may influence our patriotic sentiments more than we may think. 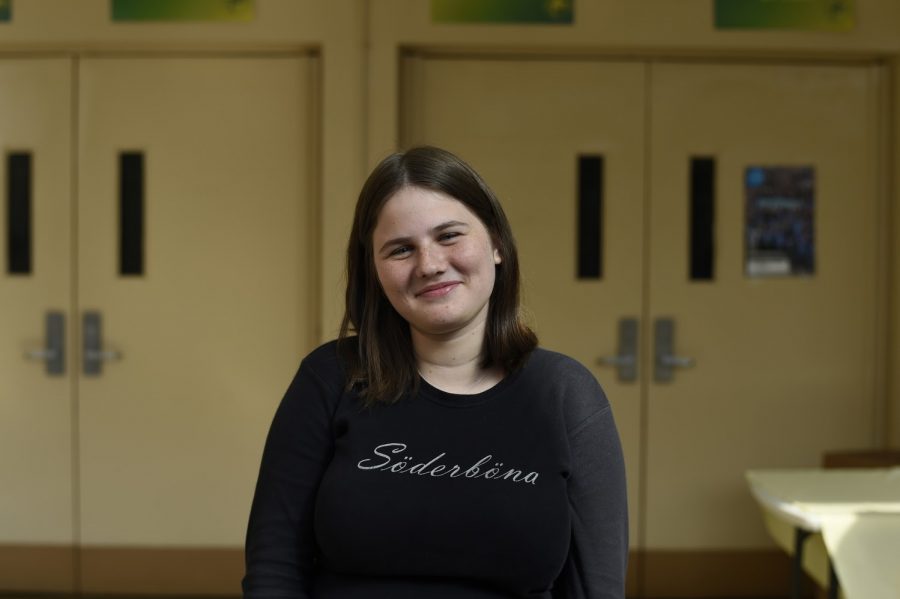 Emma Tierstan-Nyman ’20 in her “söderböna” shirt, which loosely translates to “a girl from Söder” in Swedish.

With the growth of media and the internet, political involvement and knowledge have grown more widespread and complex. Younger generations have been getting increasingly involved in politics as a result of this growing accessibility. However, this involvement is often still heavily influenced by their parents’ political views.

Ula Pranevicius ’20 was born in the United States, but her parents are originally from Lithuania. “My parents are quite the patriots: they watch live Lithuanian news daily and are up to date with Lithuanian basketball,” said Pranevicius. “This summer, they’re performing with their Lithuanian folk dance troupe at the National Dance Festival in Philadelphia.” While she feels a strong connection to Lithuanian culture from her childhood, she is not as involved as her parents are. “I love Lithuania, it’s a large part of who I am and how I was raised, but I would never live there, and it doesn’t feel like a place I could call home. In terms of culture and societal norms, it’s not a place I would feel comfortable being my full self at,” said Pranevicius. While Pranevicius loves Lithuania, she does not share the same political and cultural ties to Lithuania that her parents have from growing up there.

Emma Tierstan-Nyman ’20 was also born in the United States, but her father was born in Sweden. Unlike Pranevicius, Tierstan-Nyman has more of a political identity with Sweden. “I really love Sweden because I’ve spent every summer there, and I really admire the egalitarian aspect of Sweden’s culture, the welfare state, and the amount of gender equality in the country,” she said. Additionally, she intends to vote in every Swedish election because of her father’s influence. “My dad makes sure to stay very up to date on Swedish politics and makes sure to vote in every election. He also imparted this to me and my brother, as my brother voted in the Swedish and the EU elections, and I will as well when I’m eighteen.” With regards to America, though, she said, “I’m not as involved in American politics as I’d like to be, but I plan to participate in the democratic system once I’m of voting age.” The fact that Tierstan-Nyman had a push from her parents, specifically regarding Swedish politics, definitely seemed to bolster her political identification there. The lack of any push from her parents about the United States, made her patriotism here seems less concentrated.

Having parents who were born in former Yugoslavia (current Serbia), Katarina Kovacevic ’20 was heavily influenced by the political values that her parents imparted to her, although they weren’t specifically regarding Serbian issues, but rather more general political values and structure. “Serbia really influenced their core values and political views. They believe a government should serve the people and help them, which is how I formed my own political views.” These broader values influenced Kovacevic in that she associated them with any country, not just Serbia or America. As a result, she seeks to find these values in her birth-country, the United States. “I’m very invested in the politics here, and I want to see improvement in this country. I go to climate strikes, I’m in a political club, and I follow the presidential race because I’m hopeful that this country is moving towards change,” said Kovacevic. As a result of the values that her parents expect of any country, Kovacevic has adopted those expectations, as well.

Based on these responses, it seems apparent that students’ feelings about their and their parents’ countries of origin is heavily influenced by their parents’ feelings about those countries. Parents who were active in and passionate about their country’s politics often resulted in having their children actively involved in politics as well. However, that activism does not always translate to the student’s own country of origin to the same extent.